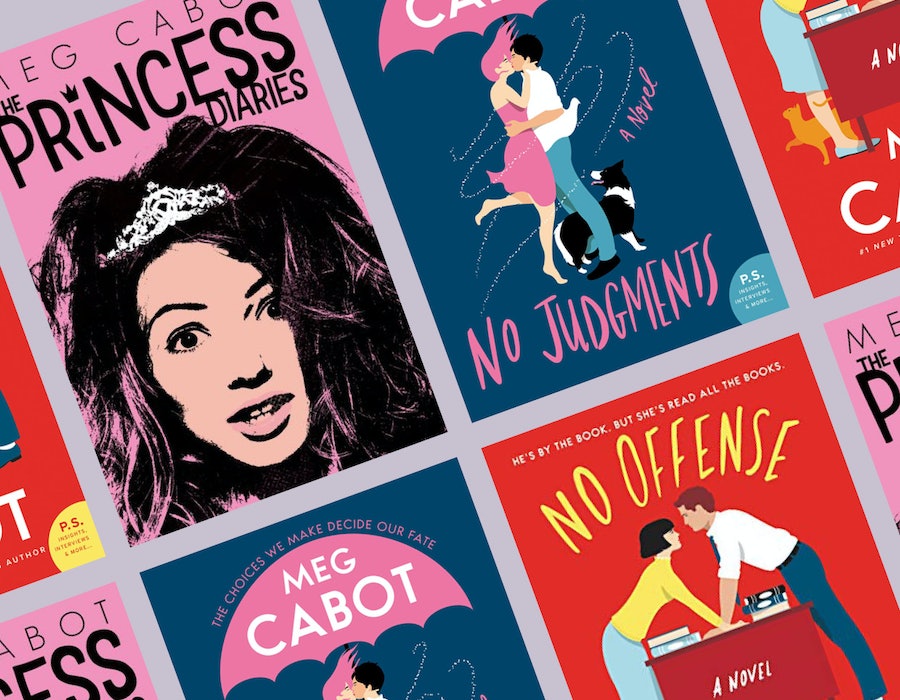 Meg Cabot is the bestselling author of over 80 books, many of which center on romance. Ahead of the release of her latest novel, No Offense, Cabot reflects on the neighborhood romance that restored her faith in love in the time of coronavirus.

My husband and I were eating lunch at one of our favorite burger joints in Key West, Florida, where we’ve lived for 15 years, when the news broke that county officials had decided to close the Florida Keys. In an effort to prevent the spread of Covid-19, they not only shut down bars, beaches, and restaurants, they even established checkpoints so that no one could enter the island chain unless they could prove residency.

“My life is over,” my neighbor’s 30-year-old daughter Fiona* said to me over socially distanced glasses of wine on my porch two weeks later. She’d finally emerged from quarantining after moving back home from Los Angeles, where she’d been furloughed from her job as a publicist. “I have no career, no love life, and I live with my parents on an island that’s been cut off from the rest of society.”

“Yes, it is! How am I supposed to meet anyone? It’s not like I can go on Tinder. Or to a bar. Or anywhere.”

I tried to be upbeat, but it was hard not to think she was right. How were people supposed to date during a pandemic?

Obviously there are much more pressing issues to be concerned about — lives and livelihoods are being threatened.

But as a romance writer, relationships are the kind of thing I think about. I’ve loved romance since I was a little kid, when my mom used to keep me out of school on the days when there was a really good movie playing on Indianapolis’s Channel 4: Roman Holiday, To Catch a Thief, Charade, or any of her other favorites that we couldn’t see any other way, prior to the invention of VCRs or streaming.

My friends’ parents were shocked when they found out my mom was keeping me out of school to watch TV, but those movies taught me a lot: not only did they turn me into a firm believer that nothing could stop love, but today I’m the bestselling author of nearly a hundred books, most of which have strongly romantic (and strongly feminist) elements.

So I couldn’t help worrying about Fiona, and all the other people who were actively looking for their quarantine buddy, but hadn’t found them yet.

“Romance is dead,” I told my husband the night after Fiona and I had drinks.

He was startled. “What?”

“Romance is dead. The pandemic has killed it. No one’s ever going to fall in love again.”

"I’ve loved romance since I was a little kid, when my mom used to keep me out of school on the days when there was a really good [romantic] movie playing."

Except it turned out that I was wrong.

“I got invited to a social-distancing party,” Fiona told me, a few days later.

“What’s a social distancing party?” I asked. Back then, we didn’t know.

“Everyone brings their own cocktail,” she explained. “And then they stand in the backyard, each in their own circle the hostess has drawn, six feet apart. It’s so stupid. I’m probably not going to go.”

“Why not?” I was excited. This was the perfect set up for a Hollywood romance! “Maybe you’ll meet someone.”

“Yeah, sure.” She laughed bitterly.

But the very next day, Fiona’s mom Gracie* was on my porch, telling me what had happened at the party.

“Fiona met someone. His name is Jack.* He lives in Atlanta. He got furloughed, too. He’s staying in his grandmother’s guesthouse for the pandemic. He invited Fiona on a bike ride.”

“Is she going to go?” This was exactly like one of my mom’s favorite movies on Channel 4!

“I don’t know.” Gracie looked skeptical. “Fiona’s worried because they’re supposed to stay six feet away from each other. Also, he’s very southern. She says he calls things he likes ‘outstanding.’”

The next time I saw Fiona was weeks later, in front of her parents’ house. Gracie had decided that our whole street should bang pots and pans every night in support of health care workers in New York City. So we were banging our pots when Fiona walked up hand-in-hand with a tall, dark, and handsome stranger wearing a red bandana as a face mask.

“Hi,” Fiona said, crossing the street to introduce him. “This is Jack.”

“Hey,” drawled Jack, staying a polite six feet away but lowering his bandana to give us a smile warm enough to heat up the coldest of heartstrings. “Nice to meet y’all.”

After that, we never saw Fiona again without Jack, or Jack without Fiona. Usually they were holding hands. Jack came over to Fiona’s parents’ house to bang pots every night. Fiona went to Jack’s grandma’s house to swim in her pool. Jack’s grandma made them cookies. Jack was seen playing Scrabble with Fiona’s grumpy dad, who became decidedly less grumpy. Fiona and Jack rode bikes to the beach (when it opened up again) and had picnics there.

When dining-in became available again in Key West, Jack made a reservation to take Fiona out to the nicest restaurant in town, and was rumored to have bought a new linen shirt for their date so he’d look good for it. Fiona wore a sundress. Jack told Fiona that she looked “outstanding.”

Eventually Jack was unfurloughed and had to go back to work in Atlanta. Fiona cried.

It was Fiona’s birthday a few weeks ago, and flowers arrived. They were from Jack. On the card he wrote, “You’re outstanding.”

Fiona has bought an airline ticket, but not to return to LA. It’s to go to Atlanta to see Jack.

My faith in romance has been restored. Because it turns out my mom, and her favorite movies, were right all along:

Nothing can stop love. Not closures, not checkpoints, and not even a pandemic.

*At the request of all parties concerned, names have been changed to the names of their pets.

Meg Cabot is the bestselling author of over 80 books for both adults and children. Her newest book, No Offense, will be available August 11. Read the latest entries of The Corona Princess Diaries for free on her blog now.