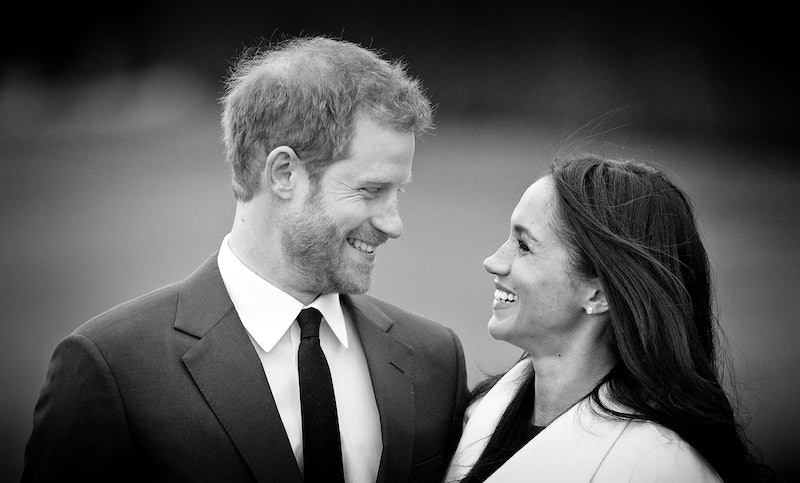 This Valentine’s Day, Prince Harry and Meghan Markle announced they are expecting their second child. If that day wasn’t special enough already, it seems the couple paid tribute to Princess Diana as almost 37 years to the day the royal revealed she was pregnant with Harry, per the Telegraph.

Sharing their front page from the time, the Telegraph’s headline reads “September Baby for Princess” accompanied by a glowing photo of Diana as well as a quote revealing the Queen was “delighted” with the news. This is similar to what was said about Harry and Meghan’s announcement, with Buckingham Palace stating that “Her Majesty, Duke of Edinburgh, Prince of Wales, and the entire family are delighted and wish them well” (via the Guardian). According to ITV’s Chris Ship, the royal family “were told shortly before the announcement was made public.”

A photo taken by British photographer Misan Harriman accompanied the news, which sees the couple lying under a tree with Meghan cradling a visible baby bump. “Meg, I was there at your wedding to witness the love story begin, and my friend, I am honoured to capture it grow,” Harriman tweeted. “Congratulations to the Duke and Duchess of Sussex on this joyous news!”

In the photo, Meghan can also be seen wearing a custom Carolina Hererra dress, “made for the duchess while she was pregnant with her first child, Archie,” per Harper’s Bazaar. She wore another custom Hererra dress during her first pregnancy in Feb. 2019 according to the magazine, during a royal tour in Morocco.

The news comes three months after Meghan revealed she had a miscarriage in July 2020. The Duchess shared her personal account in a piece for the New York Times titled ‘The Losses We Share’. “Losing a child means carrying an almost unbearable grief, experienced by many but talked about by few,” she writes. “Yet despite the staggering commonality of this pain, the conversation remains taboo, riddled with (unwarranted) shame, and perpetuating a cycle of solitary mourning.”

“We have learned that when people ask how any of us are doing, and when they really listen to the answer, with an open heart and mind, the load of grief often becomes lighter – for all of us. In being invited to share our pain, together we take the first steps towards healing.”

More like this
10 Photos Of William, Harry, & Their Cousins Honoring The Queen Together
By Stephanie Topacio Long
William & Kate Shared How Their Kids Are Doing As They Mourn The Queen
By Stephanie Topacio Long
Oprah Winfrey Revealed Her Hopes For Prince Harry & The Royal Family
By Maxine Harrison
King Charles Ensured These Subtle Tributes Were Included In Queen Elizabeth’s Funeral Wreath
By Sophie McEvoy
Get The Very Best Of Bustle/UK