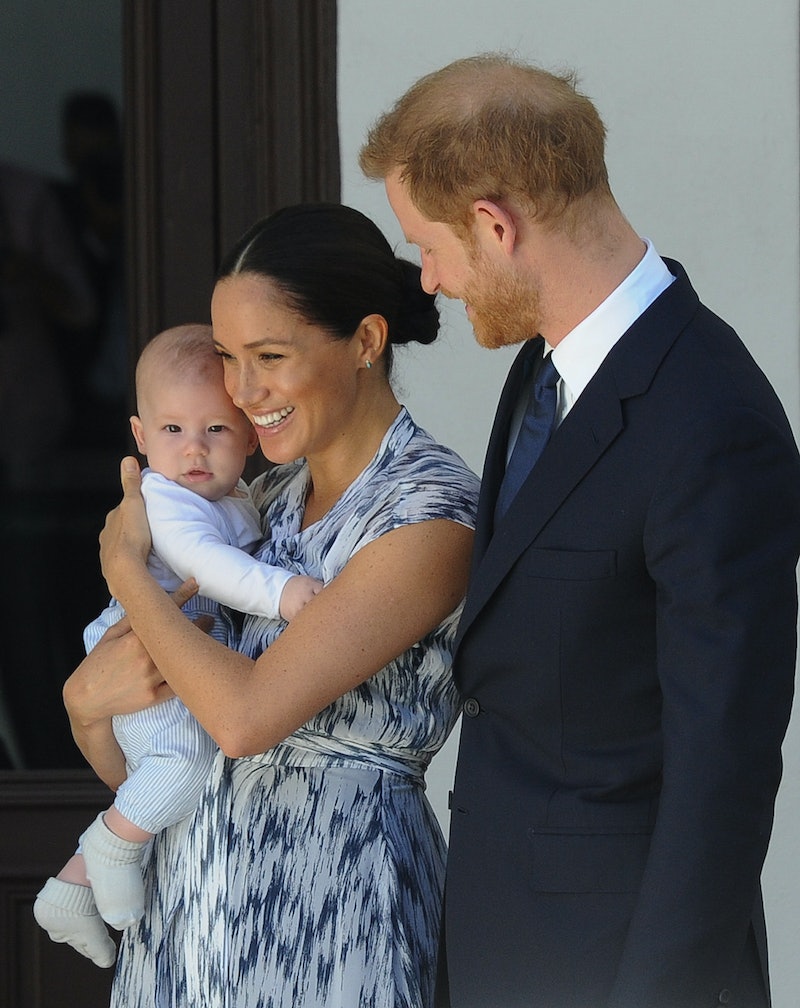 Since returning to work after becoming a family of four, Prince Harry and Meghan Markle have revealed very little about their new family life. However, during a remembrance day visit to a U.S. military base in New Jersey, Meghan Markle and Prince Harry did let slip a sweet detail about Archie — his favourite song.

The couple toured Task Force Liberty at the Joint Base McGuire-Dix-Lakehurst where an estimated 46,000 refugees from Afghanistan currently live. They spent time with some of the children on the base in their English class.

Meghan Markle and Prince Harry could be seen at the front of the classroom pointing to their heads as the class sang “Heads, Shoulders, Knees, and Toes” together. A spokesperson for the Sussexes later shared that the couple had revealed to the children that the song is "one of their son's favourites as well.”

It’s been reported that the royal couple asked the teachers on the base to teach them some phrases in Dari, one of the two official languages of Afghanistan. They said “tashakur” to thank them for having them.

The tour came after Prince Harry spoke at the 2021 Salute to Freedom Gala at the Intrepid Museum in New York City on Nov. 10. Having served in the military for ten years, it’s a topic that’s close to his heart. “I’ve lived in the U.S. for close to two years now. I have to say, witnessing your support for all those that put themselves in harm’s way in defence of our freedoms and liberties, it’s remarkable and hugely respected,” he said.

While Archie and little sister Lilibet are kept out of the limelight, Prince Harry and Meghan Markle have shared some updates on their children. In February, Prince Harry told James Cordon “My son is now over a year and a half, he is hysterical, he’s got the most amazing personality.” He also revealed that Archie had started to put words together in sentences.

Similarly, during a tour of the One World Observatory and 9/11 Memorial Museum in New York in Sept. 2021, a reporter asked Meghan Markle how Lilibet was. She replied, “She’s beautiful.”

More like this
This Is When Netflix Is Going To Start Charging You For Sharing Passwords
By Darshita Goyal
Princess Diana’s Brother Shared A New Photo Connected To Her Childhood
By Darshita Goyal
Helena Bonham Carter Doesn't Think 'The Crown' “Should Carry On"
By Sam Ramsden
The Spice Girls Are Set To Reunite At King Charles III’s Coronation
By Sam Ramsden
Get Even More From Bustle — Sign Up For The Newsletter
From hair trends to relationship advice, our daily newsletter has everything you need to sound like a person who’s on TikTok, even if you aren’t.