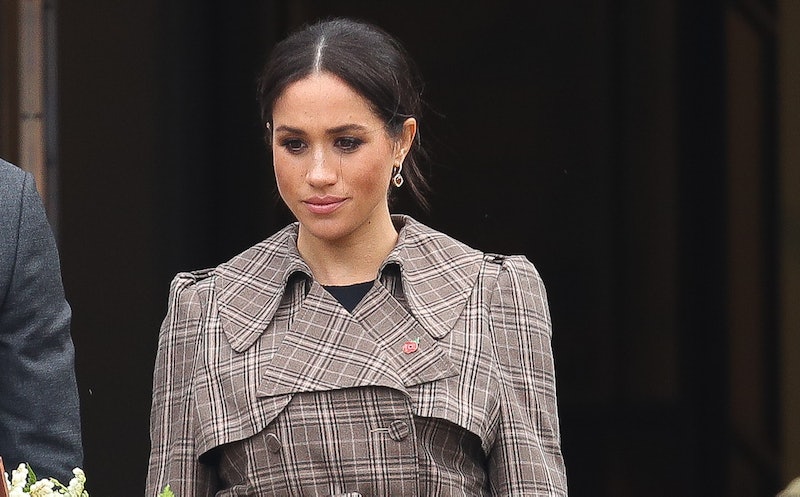 Meghan Markle and Prince Harry have scarcely had a second away from the headlines since their landmark interview with Oprah Winfrey was confirmed. Today (March 3), the Duchess of Sussex she was "saddened" by new report that claims she faced a bullying complaint at Kensington Palace.

As reported by the Times, Jason Knauf – then the Sussexes’ communications secretary, now now chief executive of the Cambridges’ Royal Foundation – said a complaint was filed in October 2018 which alleged Meghan had driven two personal assistants out of the household and was undermining the confidence of a third staff member.

Meghan's spokesperson said: “The duchess is saddened by this latest attack on her character, particularly as someone who has been the target of bullying herself and is deeply committed to supporting those who have experienced pain and trauma.

"She is determined to continue her work building compassion around the world and will keep striving to set an example for doing what is right and doing what is good."

Twitter was quick to react to the accusations too, pointing out the timing and the fact that Prince Andrew remains closely protected by the Palace.

"It’s no coincidence that distorted several-year-old accusations aimed at undermining The Duchess are being briefed to the British media shortly before she and The Duke are due to speak openly and honestly about their experience of recent years," said the Sussex's legal team. “Let’s just call this what it is — a calculated smear campaign based on misleading and harmful misinformation."

According to the Times, the royal aides approached the newspaper because "they felt that only a partial version had emerged of Meghan’s two years as a working member of the royal family and they wished to tell their side."

The report also claims that Harry was told about the complaint at the time, and that he insisted on meeting with Knauf, at which point he "begged" Knauf not to pursue it. The Sussexes legal team deny that any meeting took place. They also describe the allegations as a "calculated smear campaign."

Buckingham Palace, which is responsible for the hiring (and firing) of royal staff, has not commented on the report.

More like this
Prince Harry & Meghan Markle Are Puppets Now
By Sam Ramsden
Gillian Anderson's New Netflix Drama Is *Nothing* Like 'Sex Education'
By Frances Stewart
Princess Diana’s Brother Shared A New Photo Connected To Her Childhood
By Darshita Goyal
Helena Bonham Carter Doesn't Think 'The Crown' “Should Carry On"
By Sam Ramsden
Get The Very Best Of Bustle/UK
Sign up for Bustle UK's twice-weekly newsletter, featuring the latest must-watch TV, moving personal stories, and expert advice on the hottest viral buys.