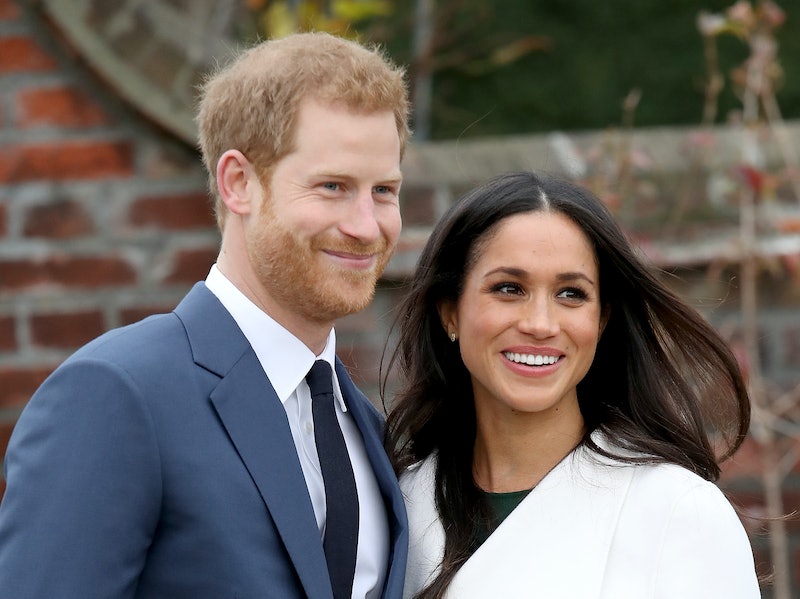 Following their move to America, Prince Harry and Meghan Markle have taken another new step for their future: moving to Netflix. In September 2020, it was reported that the Royal couple signed a multi-year deal with the streaming giant, which would enable them to create and produce original content including films, documentaries, television series, and children’s shows under their production company, Archewell Productions.

In a statement released at the time, the Sussexes said of their hopes for Archewell Productions, “Through our work with diverse communities and their environments, to shining a light on people and causes around the world, our focus will be on creating content that informs but also gives hope.” Here’s what we know so far about the Sussexes’ Netflix deal.

What Is Meghan Markle & Prince Harry’s Netflix Deal Worth?

The exact figure is not publicly known, but it is likely worth millions. According to the Daily Mail, the deal is reportedly worth up to £112 million ($150 million). At the time the announcement of their partnership was made, the New York Times reported on the couple’s “talks” with Disney and Apple, saying two executives involved in those discussions claimed Meghan and Harry’s team were seeking a deal “in the neighbourhood of $100 million.” Variety reported that they had met with NBCUniversal, as well.

What Shows Will Meghan & Harry’s Create For Netflix?

So far, two programs are in the works: Heart of Invictus and Pearl.

Heart of Invictus is a docu-series that will go behind the scenes of how athletes train for the Invictus Games The Hague 2020, which was rescheduled to 2022 due to the pandemic. The Invictus Games, which started in 2014, is an event founded by Harry himself. Participants in the games include wounded, injured, or sick service people. The series will be executive produced by Prince Harry, who will also feature in the production.

Pearl, on the other hand, is an animated series about the adventures of a 12-year-old girl who is inspired by influential women in history. Pearl is executive produced by Meghan Markle, alongside filmmaker David Furnish, the husband of Sir Elton John. The Duchess said in a statement, “Like many girls her age, our heroine Pearl is on a journey of self-discovery as she tries to overcome life's daily challenges.”

Release dates for the programs have yet to be announced — but according to Us Weekly, there could be at least one more project on the way. Per the outlet, a source reported that “Meghan and Kate are actually getting along really well and have been in touch more often.” They added, “Meghan has been talking to her about collaborating on a project for Netflix, a documentary that will spotlight Kate’s charity work and the huge impact she’s made with her philanthropy.”

Who Is In The Archewell Productions Team?

Joining the Sussexes in their production company are a couple of big names.

Most recently, they have hired Nishika Kumble, who has worked previously as Vice President of Development and Production at Le Train Train Productions, a production company owned by Rashida Jones and Will McCormack. Per Hello!, she also produced multiple seasons of Fargo and Legion while at 26 Keys Productions, where she was Director of Development.

Leading their unscripted programming is Chanel Pysnik, who is a former Disney+ executive. Psynik will lead nonfiction and documentary programming.

Have The Sussexes Worked With Netflix Before?

Yes. Prince Harry was previously involved in a documentary, Rising Phoenix, which chronicles the history of the Paralympic Games. The documentary, released August last year, follows international athletes as they train while also recounting the history of the sporting event. In the trailer, the Duke can be heard saying, “There isn't anything else in the world that can bring you back from the darkest places, than sport.”

At the time, Us Weekly revealed that the Duke “always had a creative streak”, and was encouraged by Meghan to pursue it further and “take it to the next level,” following their exit from Royal duties.

Their source said, “working in the entertainment industry isn’t something he particularly thought about doing as royal, but since separating from the royals, he now has the opportunity to explore new, exciting opportunities and can’t wait to get his upcoming projects off the ground.”

More like this
Here's When 'The Crown' Season 5 Will Premiere — And What To Expect
By Bustle Editors
Ed McVey Shares A Surprising Connection With Eddie Redmayne
By Catharina Cheung
The Prince William & Rose Hanbury Rumours, Explained
By Frances Stewart and Sam Ramsden
'The Crown's Matt Smith Reveals Prince Harry's Hilarious Response To The Series
By Bustle UK
Get The Very Best Of Bustle/UK