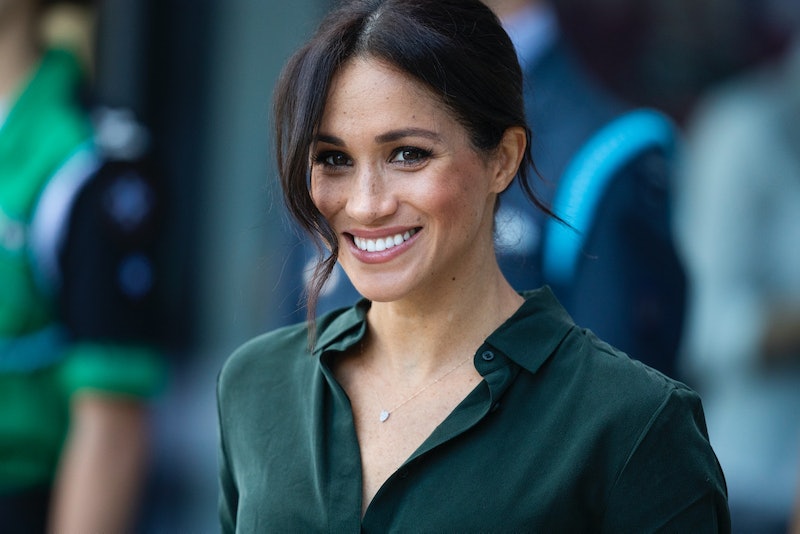 Meghan Markle has long been an advocate of women's rights and gender equality, and she's set to continue that work at this year's virtual Girl Up Leadership Summit. The three-day online event welcomes a distinguished line-up of special guests from around the world, and Meghan Markle will be joined by Michelle Obama at the 2020 Girl Up event.

Launched by the United Nations Foundation in 2010, the campaign aims to achieve gender equality worldwide, providing girls with the resources and platforms they require to start a movement for social change — no matter their background.

In a statement shared on social media, Markle was announced as one of this year's top speakers. A tweet posted by the official Girl Up campaign read, "The present is female! But don’t take our word for it. Hear Meghan Markle, The Duchess of Sussex’s advice for global girls leaders when she takes the stage at our @GirlUp Leadership Summit, happening virtually July 13-15!"

As Hello! reports, Meghan will be joined by the likes of Michelle Obama, who is expected to deliver a special message to attendees of the online summit.

This isn't the first time Meghan and Michelle Obama have teamed up for a special project, having previously met during a talk at London's South Bank Centre back in 2018, and during the conception of Markle's guest-edited edition of British Vogue last September — during which she interviewed the former U.S. First Lady.

The virtual 2020 Girl Up Leadership Summit will take place between Monday, July 13 and Wednesday, July 15, and free tickets to this year's online event are now available.

More like this
Watch Jacinda Arden’s Devastatingly Honest Resignation Speech
By Sam Ramsden
This Is When Netflix Is Going To Start Charging You For Sharing Passwords
By Darshita Goyal
Meghan & Harry Respond To Jeremy Clarkson’s "Apology" Over *That* Column
By Sophie McEvoy
Twitter Has *A Lot* To Say About The "Single Penalty”
By Sam Ramsden
Get The Very Best Of Bustle/UK
Sign up for Bustle UK's twice-weekly newsletter, featuring the latest must-watch TV, moving personal stories, and expert advice on the hottest viral buys.