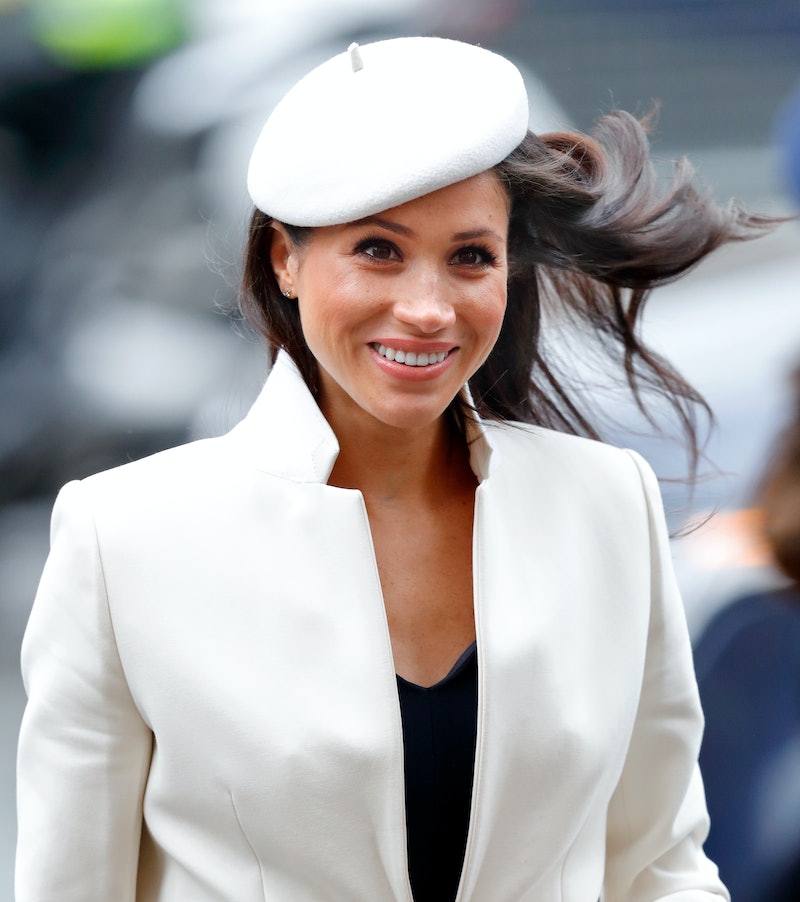 The Duchess of Sussex has used her voice to champion diversity and representation from a young age and, even after stepping down as a senior royal, has continued to utilise her wide-reaching platform to spotlight the issue.

Meghan Markle has often spoken about the importance of seeing people from all different backgrounds and communities represented. But her thoughts on the issue are reflected in her actions as well as her words. She has held a multitude of roles for charities like UN Women and World Vision and made diversity and representation a feature of her work as a royal and a focus for the Archewell foundation she and Prince Harry created last year.

Below are just some of the times Meghan Markle has opened up about her experiences with and thoughts on race, diversity, and representation.

“I am enough exactly as I am.”

In 2015, Markle wrote an op-ed for Elle magazine in which she discussed her identity and “finding her voice” as a mixed-race woman. When describing how she would be expected to check her ethnicity as “other” in a questionnaire, Markle likened it to The Others from the TV drama Lost.

“To say who I am, to share where I’m from, to voice my pride in being a strong, confident mixed-race woman,” she wrote. “I simply say: ‘Sorry, world, this is not Lost and I am not one of The Others. I am enough exactly as I am.’”

Taking part in the I Won’t Stand For Racism campaign in 2012, per Entertainment Tonight, Markle described how she is “really proud” of her heritage on “both sides”, and that she hopes that by the time she has children “people are even more open-minded to how things are changing and that having a mixed world is what it’s all about.”

She continued, “I mean, certainly, it makes it a lot more beautiful and interesting.”

Girls can create “incredible futures” when given the “right tools.”

Speaking at a keynote for Create and Cultivate in 2016, the Duchess of Sussex emboldened young girls to dream big and be headstrong to achieve whatever they wish to do. “When girls are given the right tools to succeed,” she said, “they can create incredible futures. Not only for themselves, but also for those around them.”

She also made it clear that it’s not about what’s happening in the now, but more so where you’ll be in the future. “It may not seem like it at the time, but if you make fans of the people who saw you in that room, that carries on so much longer than what the job might have become,” she said.

On diversity in the royal family

During the Sussexes’ Oprah Winfrey interview, Markle touched upon her experiences with diversity and racism as a young woman. “Growing up, as a woman of colour, as a little girl of colour, I know how important representation is; I know how you want to see someone who looks like you in certain positions.”

She also spoke fondly of a line from one of Archie’s books, which says, “If you can see it, you can be it,” and how that influenced her opinion on diversity in the royal family. Markle told Winfrey, “I could never understand how it wouldn’t be seen as an added benefit and a reflection of the world today, especially right now, to go, ‘How inclusive it is that you can see someone who looks like you in this family, much less one who was born into it.’”

“Women don’t need to find their voice. They need to feel empowered to use it.”

While attending the first annual Royal Foundation Forum with the Duke and Duchess of Cambridge, Markle was asked how she planned to help use her platform to amplify women’s voices. “What’s interesting is that ... you’ll often hear people saying, ‘You’re helping them find their voices.’ I fundamentally disagree with that.”

“Women don’t need to find their voice. They need to feel empowered to use it and people need to be encouraged to listen,” Markle added.

On the need for women in high positions in politics

In another op-ed for the Sydney Morning Herald in 2018, Markle spoke of when she “unknowingly and somehow accidentally became a female advocate” when she wrote a letter to Procter & Gamble after seeing a sexist commercial, as well as Hillary Clinton who was the United States’ first lady at the time. She not only received a reply from Clinton, but Procter & Gamble heard her voice and changed the commercial.

By standing up to gender equality at age 11, Markle discovered that having equality in places of power is essential to make a change.

“Women need a seat at the table, they need an invitation to be seated there, and in some cases, where this is not available, they need to create their own table,” she wrote. “We need a global understanding that we cannot implement change effectively without women’s political participation.”

More like this
Twitter Is Saying The Same Thing About Beyoncé's Renaissance World Tour
By Shahed Ezaydi
Michaela Coel Has Some *Thoughts* About The Nepo Baby Discourse
By Maxine Harrison
Watch The Sweet Moment Adele Stopped Her Vegas Concert To Kiss Her Son
By Sophie McEvoy
Blake Lively Is Trolling Ryan Reynolds Again – Over Wrexham FC
By Sam Ramsden
Get The Very Best Of Bustle/UK
Sign up for Bustle UK's twice-weekly newsletter, featuring the latest must-watch TV, moving personal stories, and expert advice on the hottest viral buys.