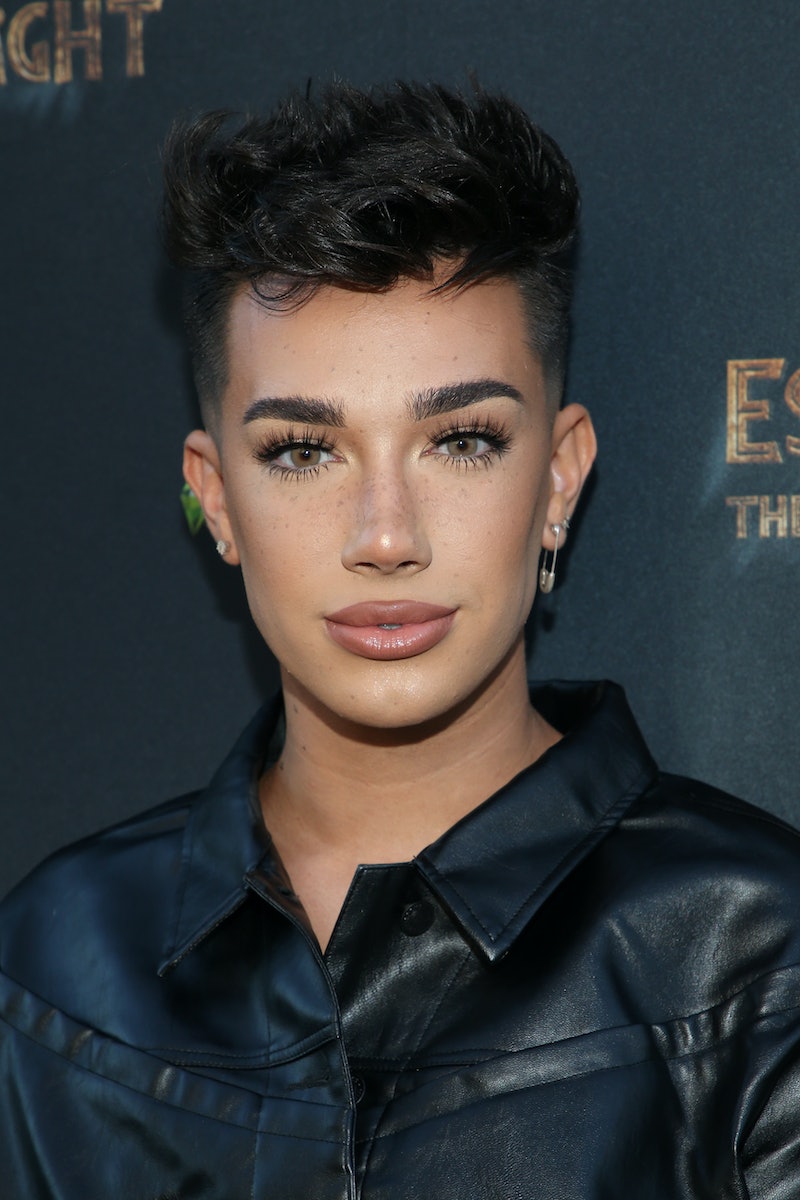 Influencer, makeup vlogger, and entrepreneur James Charles has always been adventurous when it comes to style, from his countless face-changing makeup looks to donning assless chaps at Coachella. He's worn short hair, long hair, colorful wigs, and he's even gone blonde, but his latest hair transformation is easily his most shocking yet. On Feb. 11, Charles revealed through his Instagram Story that he's gone bald — yes, bald. Fans are torn on whether or not to believe his new look is real or merely a bald cap, but Charles insists it's the real deal.

"Wait until you guys see what I did with my hair," the YouTuber captioned a selfie video posted to his IG Story in which his head is covered. Later in the evening, he tweeted photos of his new bald look during an outing at BOA Steakhouse in Los Angeles. Chatting with paparazzo Kevin Wong outside the restaurant, Charles said he's "just trying something new," to which the videographer asked if he really shaved his head. "I did," Charles insisted. “Do you like it? It’s gonna be my new look. It’s real. I just did it today.”

Charles also revealed to Wong that he filmed "the entire" process of shaving his head, but until that video is live on his YouTube channel, many of his fans aren't buying that the new look is real.

"Why is James Charles bald, is that a bald cap, why is he at a restaurant in the middle of a pandemic, I have so many questions rn," rambled one confused Twitter user. "'I wore a bald cap for 24 hours,'" wrote another user, jokingly predicting the title of his next video. Other fans posted photos of Charles from the same night in which creases in his scalp are visible, further leading them to believe his bare head may be a stunt.

"Today's YouTube video is insane," tweeted Charles on Feb. 12. Whether or not he'll reveal the truth behind his bald look is TBD, but we'll be refreshing his YouTube page to find out.

Below, fans react to James Charles' new look on social media, some of which he even retweeted to laugh along with.