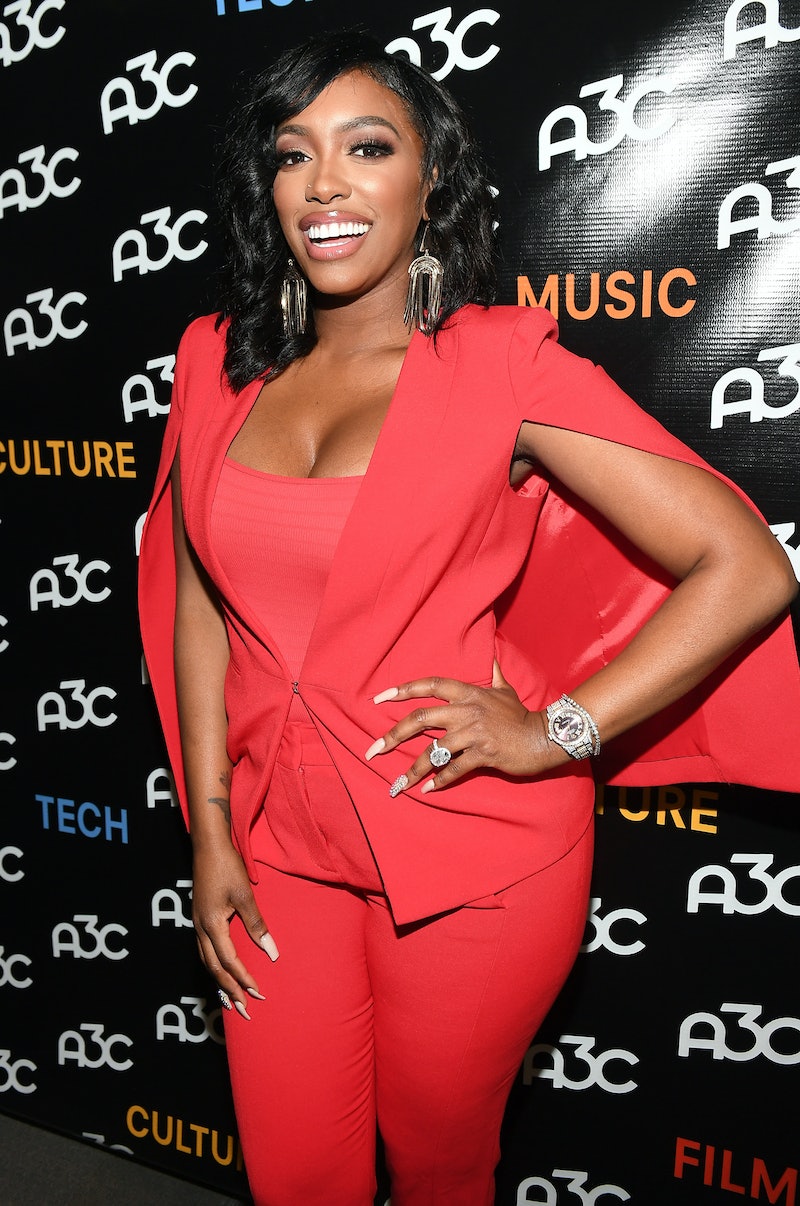 Throughout the latest season of Real Housewives of Atlanta, Falynn Guobadia’s marriage to Simon Guobadia was a hot topic of discussion. Back in March, fellow cast member LaToya Ali alleged that the two had broken up, and while Falynn quickly responded to the rumors, she didn’t explicitly deny them. Mere days after Part 3 of the Season 13 reunion aired, RHOA’s Porsha Williams took fans by surprise with an Instagram post revealing she is now in a relationship with Simon — but that’s not all. Hours after Porsha’s post went up, Simon also took to Instagram to reveal that the new couple is actually engaged after just one month of dating, and both of them turned their comments off.

Noting that their relationship only began a month ago, Porsha wrote that she and Simon are “crazy in love” and that he “makes [her] so happy” alongside a selfie of the pair on a boat. “For all of you that need facts, I get the optics but Simon filed for divorce from a previous marriage in January. I had nothing to do with their divorce filing. That’s between the two of them,” continued the RHOA star. “Falynn and I are not friends, and Simon’s divorce has been settled. Our relationship is a positive, loving step forward in everybody’s lives.”

Furthermore, Porsha wrote that Simon and her ex Dennis McKinley “are committed to being respectful and supportive” of her well-being and strive to be “the best co-parents” to her and Simon’s daughter, Pilar “PJ” Jhena. “Two black men stepping up and being amazing people — let’s praise them,” read the Instagram caption. “It’s truly a beautiful moment in my life & we cannot wait to spend the rest of our lives together.”

Just as RHOA fans were beginning to process that bombshell, Simon shared the news of his engagement to Porsha with a beach selfie and a picture of her sizable ring. He began his lengthy caption by thanking everyone who has privately sent messages of congratulations. “Getting married again was never a question in my mind, but when. Did not expect to be blessed with a mate so soon,” he wrote. “The interesting thing about life is that it is an individual journey. Porsha and I, with the support of our loved ones have chosen to travel together as one and spread love and positivity to our community which is in desperate need of positive and healthy images of the best versions of ourselves.”

Then, he acknowledged their respective exes. “We travel this road not lightly considering we have being in relationships that have thought us to want and do better for ourselves. I asked her to marry me because we checked ALL of each other’s boxes, and then some,” he continued, noting that they have been working “to sustain a healthy relationship” and are proud to be together. “What we have is what we wish every single one of you out there — happiness. So when I asked...she said yes. That is ALL that mattered. Thank you again for your love and support. Truly appreciated.”

Following the engagement news, Falynn took to Instagram to share her reaction. “I want to thank everyone for reaching out to me and offering their love and support,” she wrote. “At this time, I am focusing on finalizing my divorce and healing. Sending positivity to all of you.”

Dennis, on the other hand, left a sweet comment on Porsha’s Instagram post. “Congrats P! Cheers to your next chapter! Happy Mother’s Day,” he wrote. “Thank you,” she replied.

During the May 13 episode of Watch What Happens Live, Andy Cohen responded to a fan who asked about his thoughts on Porsha and Simon’s engagement. “I think it’s wild, man. I’m staying tuned,” said the Real Housewives executive producer. “I can’t wait to find out more... That’s what I think.”

Since Season 13 of RHOA just ended, fans will have to wait to see it all play out onscreen. In the meantime, however, both Porsha and Simon concluded their Instagram captions with #LoveWins — does anyone want to tell them that hashtag is meant for LGBTQ+ couples?

Shocked at the engagement news, RHOA fans took to social media to share their reactions.