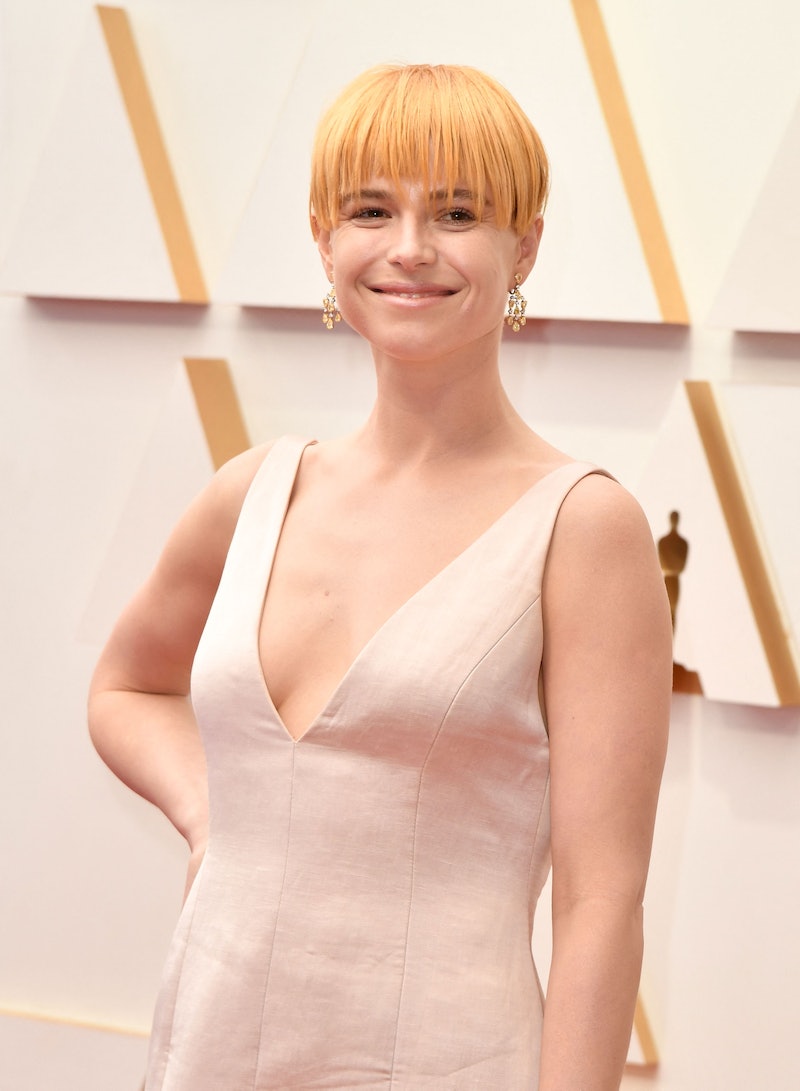 Jessie Buckley has been busy lately. Following her outstanding portrayal of a young mother in The Lost Daughter, the Irish actor earned herself an Oscar nomination in the Best Supporting Actress category. While the 32-year-old didn’t take home the gong on Mar. 25’s Academy Awards show, Observer film critic Wendy Ide described her performance that “once again demonstrates that she is one of the most exciting actors of her generation”. Good news for us then as Buckley will be returning to our screens in the new A24 thriller, Men, alongside award-winning James Bond actor Rory Kinnear. Written and directed by Alex Garland (Ex Machina and Never Let Me Go), the horror drama is set for release later this year. Here’s everything we know so far.

Men is about a younger woman, Harper (played by Buckley), whose husband has tragically passed away. Harper decides to take the trip alone to the English countryside, but the serene trip alone isn’t at all what it should have been. Her host, played by Kinnear, seems a little strange, as does the local priest (also Kinnear), and a number of the locals (yep, also Kinnear).

The film takes us through Harper’s terrifying ordeal as she tries to defend herself against these men, and make it out of there alive. The trailer starts off like any rom-com might, with Buckley’s character arriving at the idyllic cottage, with a light, airy musical score to match. Things quickly take a turn however, when we witness Harper’s husband falling to his death, and the lone traveller taking a bite from the apparent “forbidden fruit”, according to her host at the cottage. The creepy priest accuses Harper of causing her husband’s death, and an unseen man follows her through the woods. A recipe for a nightmare to be honest.

Some of the themes explored in the film seem to be suicide, loss, and gender-based violence, and abuse.

Beyond The Lost Daughter and Chernobyl’s Buckley, and The Imitation Game’s Kinnear, the cast also includes I May Destroy You’s Paapa Essiedu and The Greatest Showman’s Gayle Rankin.

The film is due to be released in cinemas on May. 20.

More like this
Your Guide To Watching 'Everything Everywhere All At Once' In The UK
By El Hunt and Sophie McEvoy
Stephen Graham & Steve McQueen Are Working On A Wartime Drama
By Darshita Goyal
Channing Tatum “Nearly Killed” Salma Hayek During 'Magic Mike' Lap Dance
By Sam Ramsden
Jemima Khan Used Her Own Life As Inspo For 'What’s Love Got To Do With It?'
By Darshita Goyal
Get The Very Best Of Bustle/UK
Sign up for Bustle UK's twice-weekly newsletter, featuring the latest must-watch TV, moving personal stories, and expert advice on the hottest viral buys.