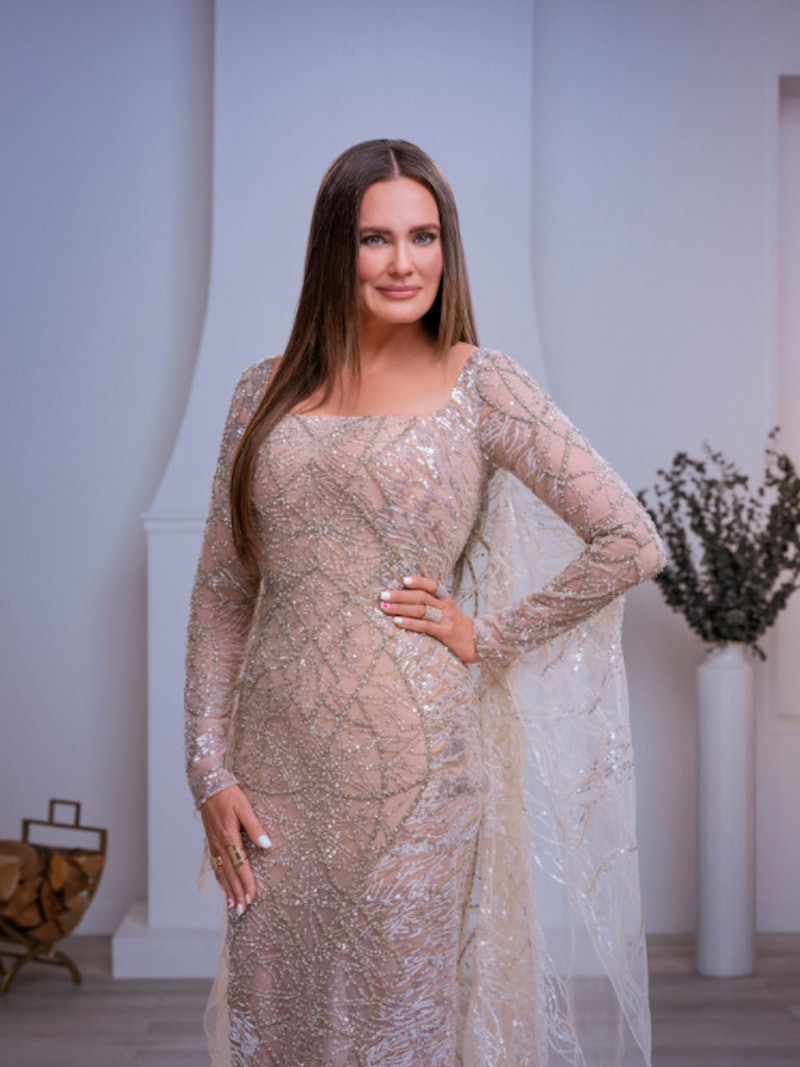 For Real Housewives of Salt Lake City cast member Meredith Marks, the drama of this season started before the cameras even got rolling. Meredith and her husband, Seth Marks, have been having some marital issues since becoming empty nesters, and rumors are already flying among the cast that she's been unfaithful. As Bravo prepares to take fans through Meredith's messy relationship — which included a divorce filing — here's everything you need to know about the jewelry designer.

Meredith has been working as a high-end jewelry designer for over a decade and currently has a store on Main Street in Park City, Utah. And she's serious about her business! Meredith's beautiful (and pricey!) pieces have been spotted on a variety of celebrities ranging from Rihanna to Gabrielle Union to Courteney Cox.

Before becoming a designer, Meredith dipped her toes in a bunch of different fields. After studying fine arts in college, she worked as a model before attending Northwestern University, where she graduated with a law degree as well as a Master of Management in business.

Meredith and Seth have been together for over 20 years, but the show's trailer teases that with their three kids in college, the couple has hit a rough patch in their marriage. Unsurprisingly, it seems as though Meredith's marital troubles will be a central plotline for RHOSLC's first season, and cast member Heather Gay even accuses Meredith of being unfaithful to her husband.

Another important note about Meredith's relationship: Her husband filed for divorce in Cook County in August 2019, citing "irreconcilable differences." That said, the suit was dismissed four months later, and Meredith has hinted that the couple is currently together.

In an interview with the Chicago Tribune, Meredith talked about the state of her relationship with Seth. "We have had a bit of a volatile relationship for many years. When you’re empty nesters, it’s sort of a 'do or die' situation. You have to finally say, OK, we can’t keep playing this game anymore and separating and reconciling for our children. We’ve got to figure out now, what’s really going to happen?"

Meredith's youngest son, Brooks, will be featured quite a bit in the show, as he was living at home while taking time off from college to focus on developing his own brand during filming. Her daughter, Chloe, goes to the University of Colorado at Boulder and will occasionally make appearances on the show while her eldest son, Reid, works in New York City and likely won't show up much.

Meredith is Jewish but says she isn't a "super-religious person," identifying as Jewish more in relation to her family and culture. "Judaism, to me, is a time for family. It’s a time to reflect back on the plight that the Jews have been through. It’s less about the actual religion. I will go to temple from time to time, but not often at all. Usually it will just be on a high holiday if then even." Meredith is also one of the only cast members who is not currently (or has not ever been) a practicing Mormon.

Already, it's clear that Meredith will be one to watch on the show, and here's hoping Bravo dives right into her relationship with Seth.