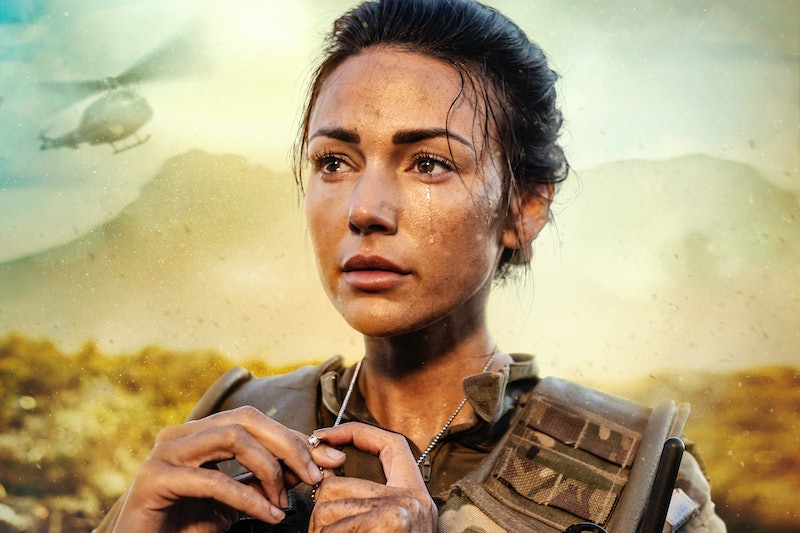 After four incredible series, BBC One confirmed Our Girl would not be returning for the fifth season, following Michelle Keegan's departure from the show. However, it may not be the last time Keegan dons an army uniform. In a new interview, Keegan — who played Sgt. Georgie Lane — revealed the military drama could resume in the future as bosses have "left the door open."

The former Coronation Street actor recently appeared on The Jonathan Ross Christmas Show, due to air on ITV on Christmas Eve, and spoke about the "fantastic" and "challenging" experience she had working on the BBC One drama. She also hinted at Our Girl's potential return.

"I will never say never to Our Girl," she explained."I absolutely loved that job. It was a fantastic role for me, it was really challenging, not only was it physically challenging, but I learnt so much on that job about the military and the medical side as well.”

“In the future Georgie can come back, they have left the door open for Georgie," said Keegan.

Keegan had played the role of Georgie Lane since 2014 after taking over from Lacey Turner who left the show during its first season. Keegan insisted that the show's demanding schedule lead to her decision to leave.

"I've done it for four seasons, I was going away from home quite a lot," she said. "I was away for four months at a time, the year before that I was away for eight months. I was so lucky [to travel]. It's hard work and long days. Sometimes we're working six-day weeks and it is very challenging."

Fans of the show will remember Our Girl's emotional ending. The final chapter of Georgie Lane's story saw the army official return for another tour of Afghanistan to find closure after the death of her fiancé Elvis Harte, played by Luke Pasqualino.

Reflecting on the show, Keegan explained how the physically and mentally demanding role helped prove her doubters wrong: “When I first got the role, people were doubting me straight away saying, ‘She can’t do that. It’s too stripped back.’” she said. “That was a chance for me to do what I wanted to do as an actress. I felt very lucky I was able to do that. I would say that I gave everything to that role, definitely.”

You can watch all episodes of Our Girl on BBC iPlayer now.