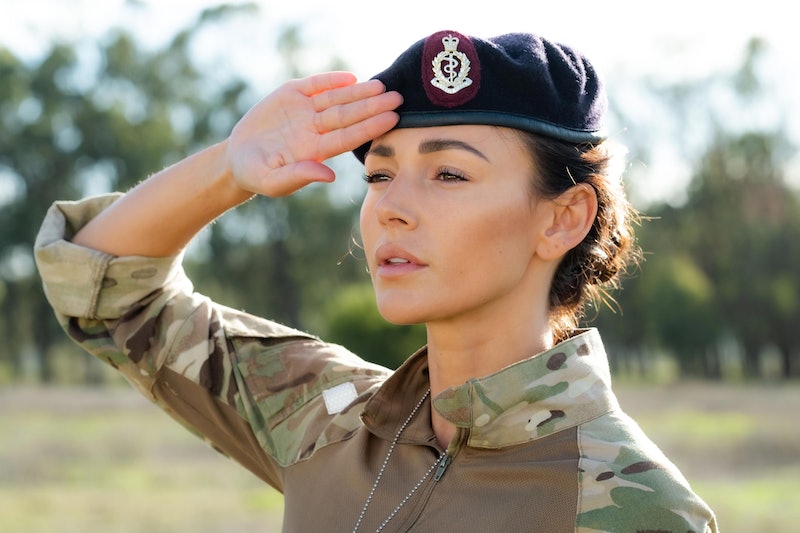 Our Girl / BBC One

Our Girl has been running four four series now, and has become a British TV staple and fan favourite. The future of the show — which has featured both Lacey Turner and Michelle Keegan more recently — was left open-ended after Keegan decided it was her time to step down from the role of Sgt. Georgie Lane. So will there be a season five of Our Girl?

Well in short, the answer is sadly no. Showrunners of the BBC hit just revealed that Our Girl will not be returning to our screens for another series, and the reason totally makes sense. After Keegan stepped down from the show, the creators decided it was time for them to walk away from the story too, resulting in the show coming to a natural conclusion alongside its lead actress.

“With the finale of series four showing Georgie ready to move on with her life, it feels like the right time for us to do the same," Our Girl creator and writer Tony Grounds said.

Grounds did however hint that perhaps in future, we may get to see the character again. “Michelle and I are keen to continue our working relationship and, who knows, maybe we’ll catch up with Georgie in the future," he commented.

There had been rumours that ex-Eastenders star and reigning queen of I'm A Celebrity Jacqueline Jossa could be taking over for the show to continue for another series, but it ultimately came to nothing.

The last episode of series four (SPOILER ALERT) showed Georgie finally catching up to the man who killed her fiancé Elvis (played by Luke Pasqualino). Instead of killing him, she showed him mercy instead, and finally found peace.

Keegan commented earlier this year that leaving the role was a "really really difficult decision” to make, but that she felt it was time.

“I just felt like I wanted to explore other opportunities,” she said. “I’ve been doing it for four years now and I absolutely love the show, I really do and I love playing the character. I’m so going to miss it.”

You can watch all episodes of Our Girl on BBC iPlayer now.