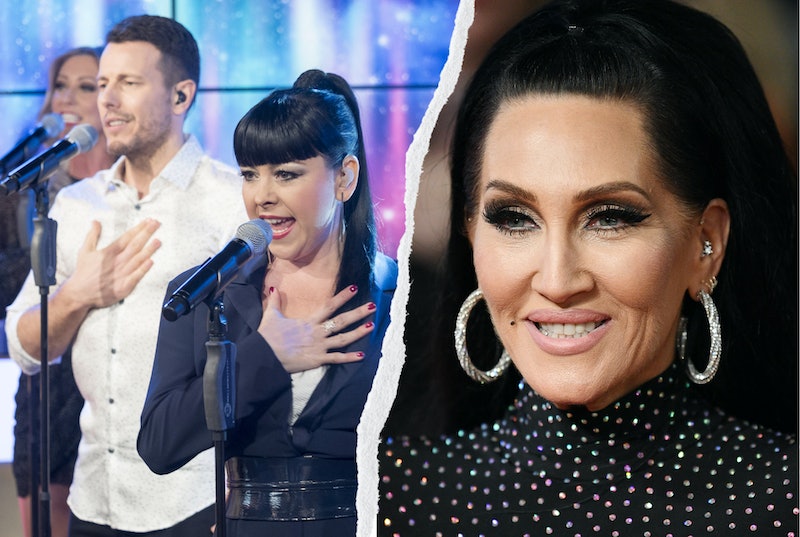 If you thought Steps were done with their comeback, think again. Following the release of their sixth album What the Future Holds last November, the dance-pop group have just dropped their fourth single, this time with a very special guest. So here's everything you need to know about the Steps x Michelle Visage single, because it's an absolute banger.

A remix of Step's track "Heartbreak in This City", this single is the first time Steps has collaborated with someone in their career, according to the UK Official Charts. Visage herself is an established vocalist, having performed as part of the groups Seduction and The S.O.U.L. S.Y.S.T.E.M. in the late '80s and early '90s. The latter group had a song, "It's Gonna Be A Lovely Day", appear on The Bodyguard soundtrack, which is one of the best-selling soundtracks of all time.

Visage got involved with Steps after they all got together on an Insatgram Live and starting talking about the possibility of recording together.

Speaking to Retro Pop about the collab, Claire Richards explained: "We did an Insta Live with Michelle in November as part of our promotion and when we put the phone down, our manager came up with the idea and asked her. To me, it couldn’t be more perfect. I think if we’re going to do it with anybody, then she is actually the perfect choice. She’s even more camp than we are – which is a feat in itself!"

She later added: "I'm not sure if it was planned to be the next single anyway, but when Adam [manager] had the idea, he literally said, 'We should get Michelle to do 'Heartbreak in This City' with us. That was it. And she said 'Yes' straight away, she didn't even think about it."

According to Pink News, Lisa-Scott Lee now refers to Visage as the "unofficial sixth member" of Steps, and Visage couldn't have been more thrilled to be part of the group. "To say that I'm honoured to record a song with pop icons Steps is the understatement of the year," she told Pink News. "With the state of the world today, we all need music that makes us feel good and trust me when I tell you, 'Heartbreak in This City' is an absolute BOP!"

Faye Tozer also revealed that Visage has long been a close friend to the group, and that Tozer and Visage have crossed paths on multiple occasions and even chat regularly on WhatsApp.

"Not only did Michelle and I have the same dance partner Giovanni Pernice on Strictly Come Dancing, but we both played the role of Miss Hedge in the West End production of Everybody's Talking About Jamie," Tozer told Pink News. "We've since become good friends and constantly chat all things Strictly and Drag Race by WhatsApp."

Following its premiere on BBC Radio 2's Breakfast Show with Alan Carr this morning (Feb. 25), the new single is available to listen to on all streaming platforms as well as YouTube.