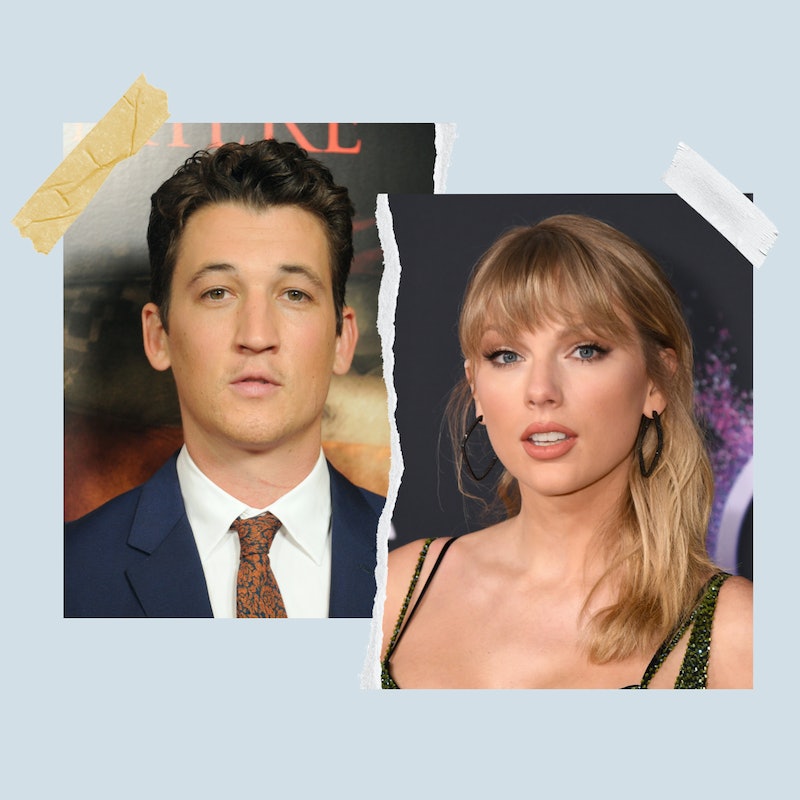 After co-starring in Taylor Swift’s scathing and perfectly petty “I Bet You Think About Me” music video, there’s one thing that Miles Teller wants Swifties to know: he’s vaccinated. Shortly after the video premiered on Monday, Nov. 15, the pop star’s fans sounded off on Twitter about a months-old rumor that the War Dogs star is an anti-vaxxer. But according to Teller, that couldn’t be further from the truth.

“Did Taylor not hear about Miles Teller being anti-vax?” Twitter user @caitrose92 wrote upon seeing that the 34-year-old actor was cast in Swift’s surprise music video. “Not anti-vax Miles Teller,” @NicoleKMiyamoto tweeted. “C’mon Taylor you’re better than this.” Unfortunately, these were just a few of the tweets claiming that Teller is against getting inoculated.

Once the tweets started spiraling out of control, Teller came clean about his vaccination status on Twitter. “Hey guys, I don’t usually feel the need to address rumors on here but I am vaccinated and have been for a while,” he wrote, attempting to put the speculation to rest. “The only thing I’m anti is hate.” This marked the first time that the actor addressed the controversy since the rumors first surfaced back in September.

According to TMZ, people began speculating that the Spectacular Now star was anti-vax when he was shooting The Offer, an upcoming series about the making of The Godfather. Per the outlet, production on the show was shut down after someone tested positive for COVID-19 on set. At the time, many outlets reported that it was Teller who contracted the virus, but the studio reportedly denied those allegations.

After setting the record straight, several Swifties came to the singer’s defense regarding her casting decision. “The fact that some of you believe Taylor would hire an unvaccinated person to be in her video LMAO,” Twitter user @burninggred wrote in response to Teller’s tweet. Others took the opportunity to thank the actor for getting the jab and protecting the most vulnerable. “Thank you for addressing this! And thank you for getting vaccinated!” another person tweeted.

Considering how close Swift and Teller get in the music video, it’s a good thing they’re both vaccinated. The actor plays the role of Swift’s ex-boyfriend who can’t seem to get her off his mind (on his wedding day, might we add). For more than six minutes, Swift gallivants around her ex’s wedding reception swapping out white roses for red ones and tearing into a five-tiered red velvet cake with her hands.

Swift and her longtime pal Blake Lively announced the music video on social media one day prior to its release. “I finally got to work with the brilliant, brave, & wickedly funny @blakelively on her directorial debut,” Swift wrote alongside an image of the slashed wedding cake. “Join us as we raise a toast, and a little hell.”