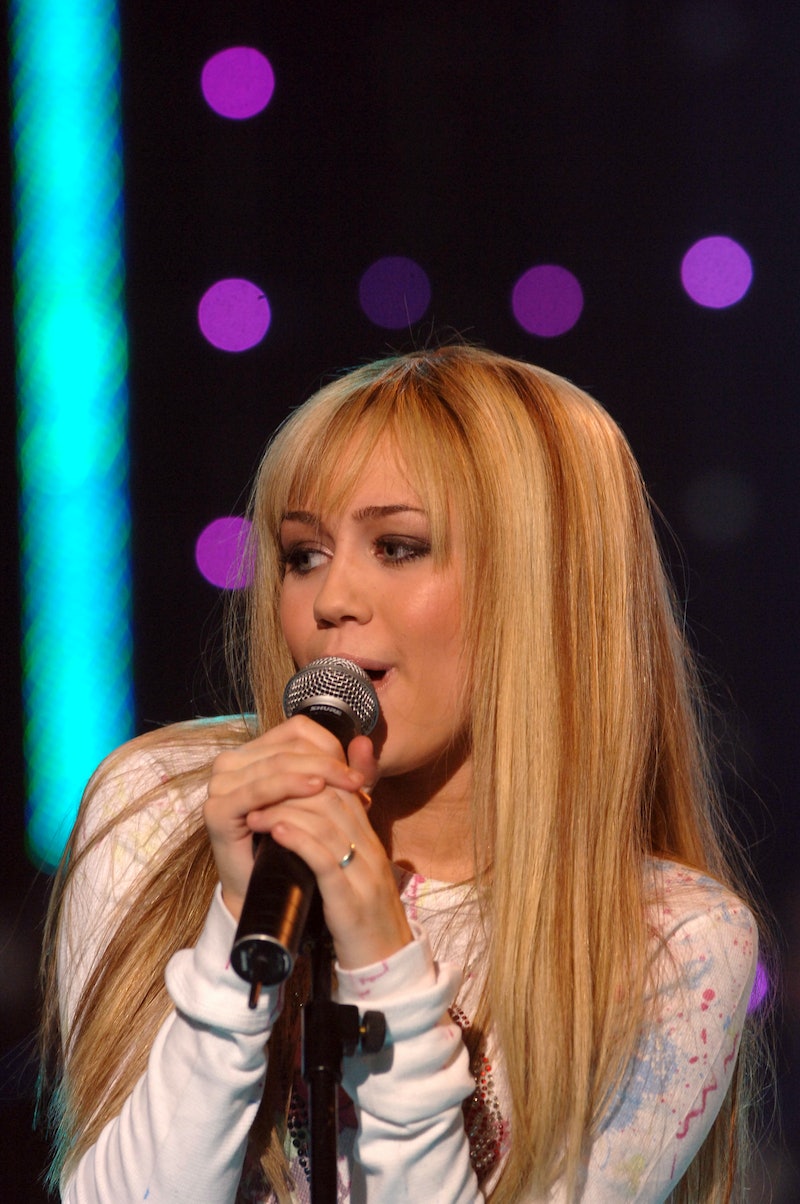 Fifteen years after her momentous debut, Miley Cyrus is still living the “Best of Both Worlds” — even if she’s not donning her alter-ego’s blonde wig anymore. On Wednesday, March 24, Cyrus wrote Hannah Montana a letter to celebrate the 15th anniversary of her breakout show, which premiered on March 24, 2006. “Dear @HannahMontana, I still love you 15 years later,” she captioned her Instagram post, sharing photos of her two-page letter handwritten on glittery Hannah-themed paper, because the iconic (fictional) popstar deserves no less.

Cyrus started her letter by greeting Hannah, saying it’s been a long time “since the first time I slid those blonde bangs over my forehead in the best attempt to conceal my identity, then slipped into a puke pink terry cloth robe with a bedazzled HM over the [heart],” describing her iconic dressing room look from the show’s first episode (spoiler: Miley Stewart failed to hide herself from best friend Lilly Truscott). “I didn’t know then... that is where you would live forever,” she wrote. “Not just in mine but millions of people around the world.”

The star reminisced on memories from set, writing that she “experienced falling in love” for the first time and got her first period on the same day that a “cute guy” was going to have lunch with her — and she just happened to be wearing white capri pants. “Instead I spent it in the bathroom with my mom sobbing and scrambling to find a pair of fresh denim,” she recalled.

Of course, Cyrus gave a meaningful shoutout to her co-stars Emily Osment, Mitchel Musso, and Jason Earles, calling them family. “I was seeing them more than my own,” she wrote — except father Billy Ray, of course, who starred as her onscreen dad Robby Ray and drove her to set every day. She went on to quote lyrics from Hannah’s song “Wherever I Go,” her final send-off after her true identity was revealed, explaining how the lyrics still hold true today. “Hannah, I hope you hear me and believe those words are true,” she wrote. “You have all my love and utmost gratitude. Breathing life into you for those six years was an honor. I am indebted not only to you, Hannah, but to any and everyone who believed in me from the beginning.”

Hannah’s response to Cyrus’ letter, on her newly verified Twitter and Instagram accounts, was not as sweet or sentimental, but definitely as sassy as fans remember her. “Nice to hear from you @MileyCyrus,” the account responded. “It’s only been a decade.”

Sadly, Cyrus focused offering gratitude and didn’t reveal any major news, like a potential reboot. However, there is hope that Hannah will make her grand comeback. In an August interview, Cyrus said she would reprise her role, admitting that she puts Hannah’s wig on all the time. “The opportunity will present itself,” she said. “I definitely would like to resurrect her at some point.” But not before giving her a big makeover. “She’s kind of stuck in 2008, so we need to go shopping with Miss Montana,” she joked. Hey, if anyone’s style can endure the test of time, it’s Hannah Montana.