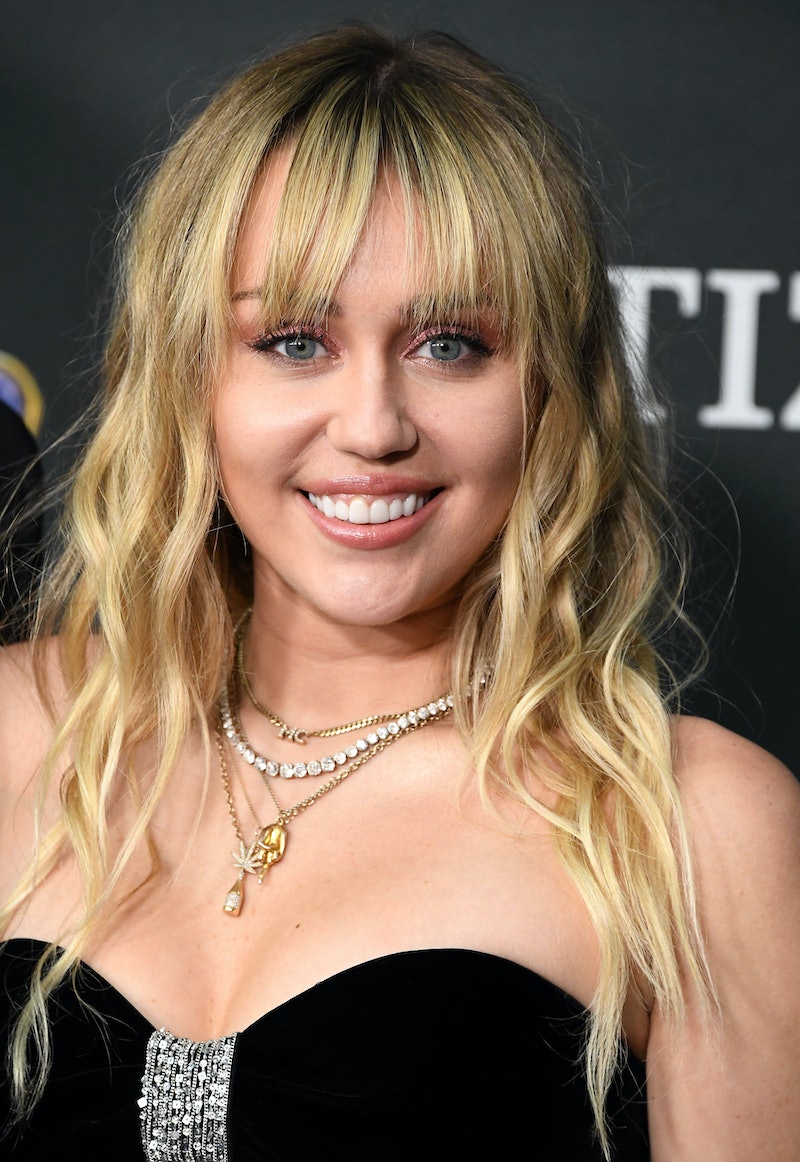 Forget the duet: On Saturday, Miley Cyrus suggested a "three way" to Shawn Mendes and Camila Cabello after the musical couple posted a video on TikTok of their rendition of her 2009 hit "The Climb." Mendes posted the original video on the platform, showing the two harmonizing over an instrumental version of Cyrus' track.

Cyrus was clearly on board with their cover, commenting on the TikTok video, "let's have a three way." While the comment was definitely suggestive, the singer later added another comment that dialed it back a bit. "A three part harmony obviously Shawn. You filthy animal," she wrote. Either way, fans hoped Cyrus, whose latest album Plastic Hearts dropped in November, was really setting the stage for future collaborations with the talented couple.

The "Midnight Sky" singer was active on TikTok amid promotion for Plastic Hearts in early December, participating in a recent challenge where fans posted "If Miley Cyrus comments, I'll do X." She hopped in the comments for a bunch of the posts, urging one fan to dye their hair and ask out their crush. One fan asked the singer to name her next child, to which Cyrus replied, "California." Another user offered to get a tattoo of whatever Cyrus commented, and the singer jokingly responded, "Yes. I've worn the Golden G String."

Cyrus continued to offer advice to fans on TikTok, replying "D.U.M.P H.I.M" to one user who wrote, "If Miley Cyrus Comments I'll stop texting Him." Another fan offered, "If miley Cyrus comments I'll shave my head." The singer signed off on the haircut, writing, "PULL A BANGERZ MILEY."

Meanwhile, Mendes and Cabello have been using TikTok often as well, sharing videos of them singing, dancing, and enjoying time together as a couple. On Saturday, Mendes posted a TikTok of Cabello freestyle singing, captioning it, "Us after watching singer TikTok for 1 hour." In early December, Mendes posted another TikTok of the couple's apartment decked out for Christmas, showing off a gift for Cabello and teasing their cover of "The Christmas Song" by Nat King Cole. He also posted a sweet selfie with Cabello on TikTok on Dec. 4, writing, "#Wonder."

Cabello and Mendes were longtime friends before getting together in 2019, and seem to still be going strong. Cabello posted about her relationship with Mendes on Instagram in November, writing, "Raise your glass to the messiness and weirdness of being human and the miracle. And the easiness. And the instinct. And the relentless force that is love."

Now, if they could channel that into a song with Cyrus, fans would be overjoyed.

More like this
Who Is Camila Cabello Dating? She's Getting Cozy With Lox Club CEO Austin Kevitch
By Radhika Menon
Everything To Know About Netflix’s 'Never Have I Ever' Season 4
By Jack Irvin and Gabrielle Bondi
Meet The New Team Of Residents Joining 'Grey's Anatomy' In Season 19
By Brad Witter and Sophia Moore
What Is Megan Thee Stallion’s Net Worth? The Traumazine Hitmaker Isn’t Worried About A Budget
By Hugh McIntyre
Get Even More From Bustle — Sign Up For The Newsletter