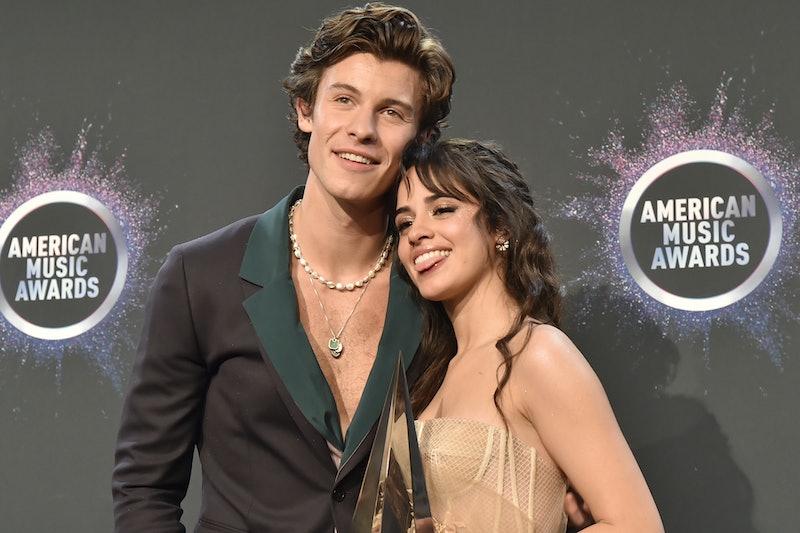 Camila Cabello and Shawn Mendes are parents — puppy parents, that is. The pop stars, who confirmed their relationship in the summer of 2019, announced their cuddly new addition on Instagram on Nov. 3. And now that they're expanding their family, curiosity surrounding their romance is at an all-time high.

Interestingly, the singers' relationship timeline dates back way earlier than last year. The two have been in each other's lives since 2014 when they first met on tour. But as Shawmila shippers would agree, a lot has happened since then. In 2019, the two almost locked lips during their duet at the MTV Video Music Awards. And in Mendes' Netflix documentary, Mendes: In Wonder, the "Treat You Better" singer gushed about how all of his songs are about Cabello.

Their relationship may only officially have lasted just over a year so far, but the two musicians have a pretty magical love story. And since they just added to their brood with a new puppy, let's reminisce on how it all started, shall we?

This article was originally published on Aug. 30, 2019