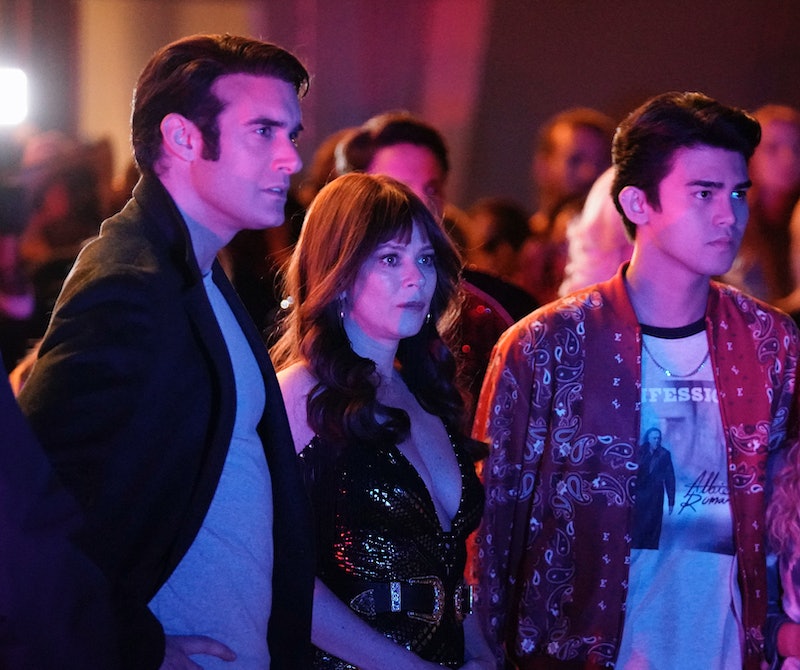 Monarch, FOX’s drama about a country music family, opened with patriarch Albie Roman (Trace Adkins) burying a body — and in the Season 1 finale, we finally see who takes the fall for the murder. As fans found out in Episode 7, the body was Nicky’s (Anna Friel) ex-husband Clive (Adam Croasdell). When he attacked Nicky, Gigi (Beth Ditto) hit him in the head with an award statue. That wasn’t enough to kill Clive, but Albie made sure he was dead by shooting and then burying him.

The season ends with a major arrest for Clive’s death, as well as other reveals, like Jamie’s (Damon Dayoub) past and Kayla’s (Meagan Holder) early labor. So, while FOX has not announced if there will be a Monarch Season 2 yet, there are plenty of threads that could be picked up in another season.

“We have murder, we have coverups, we have infidelity, we have sibling rivalry, we have criminal investigations, and we have families fracturing and yet trying to stay together,” showrunner Jon Feldman told TVInsider. “I haven’t even mentioned the fact that the family may lose control of the record label that’s been synonymous with them for 40 years. So there’s no shortage of drama, stakes, and complications going forward for the Romans.”

Monarch has a lower viewership than FOX’s other dramas, like The Cleaning Lady and 9-1-1. It also hasn’t gotten great reviews: “Featuring sibling rivalries, blackmail, infidelity, and wigs — oh, so many wigs! — Monarch is an often-ridiculous mess,” wrote Kristen Baldwin for Entertainment Weekly. But Baldwin also added, “And God help me, I will watch every episode.”

FOX also announced that the network is “bolstering its portfolio of owned content” for 2023, so it’s likely the executives are interested in keeping Monarch around since its current stable of dramas is small compared to its animated and reality TV series. Here’s everything else we know about a potential Season 2.

When Is The Monarch Season 2 Potential Premiere Date?

While streaming dramas tend to take a year between seasons, FOX tends to churn them out faster. The Cleaning Lady took a month to get renewed, and both that show and 9-1-1 took an average of six months in between seasons. Given that, if Monarch gets renewed, it could debut sometime in summer 2023.

Who Is In The Monarch Season 2 Cast?

“I’d like to see Ana come into herself more with respect to her music. I’d like to see her do more rock and roll with country and start building her pop star self that they’re trying to create,” Milani told Pop-Culturist when asked about a potential Season 2. She added that if the series did get renewed, she’d love to sing John Prine’s “In Spite of Ourselves.”

This post will be updated as more information about Monarch Season 2 becomes available.

More like this
Linda Ronstadt’s “Long Long Time” Plays A Pivotal Role In The Last Of Us
By Brad Witter
'The Crown' Season 6 Has Suspended Filming "Out Of Respect" For The Queen's Death
By Bustle Staff
Everything To Know About A Potential 'RHODubai' Season 2
By Kadin Burnett and Brad Witter
Yes, That's Christina From 'The Bachelor' In Taylor Swift's "Fifteen" Music Video
By Brad Witter
Get Even More From Bustle — Sign Up For The Newsletter
From hair trends to relationship advice, our daily newsletter has everything you need to sound like a person who’s on TikTok, even if you aren’t.