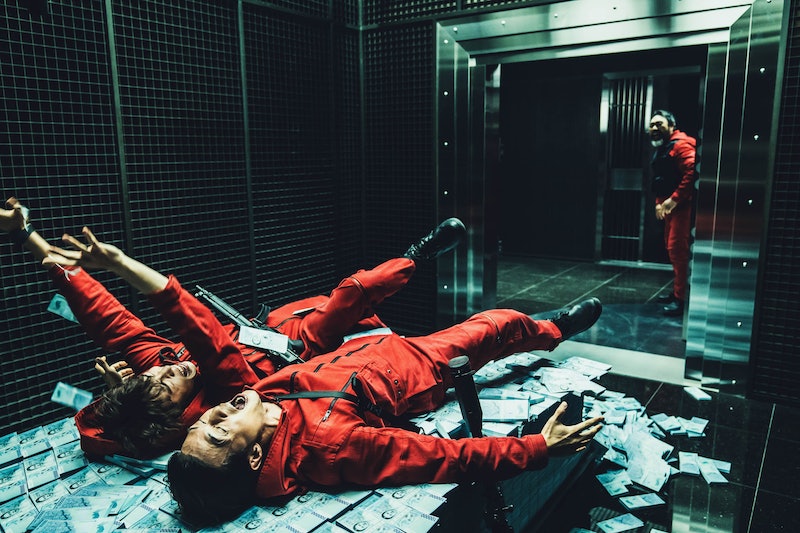 Netflix returns to the world of criminal masterminds on June 24, with Money Heist: Korea - Joint Economic Area premiering Part 1 of its first season. The remake of the Spanish hit series follows a group of thieves as they attempt to overtake the mint of a unified Korea. Set in the near future, a war between North and South Korea has left both regions in collapse, making it the perfect opportunity for a heist.

But it doesn’t go according to plan; the group ends up taking hostages. As the police attempt to thwart the robbers, they try to track the mysterious architect of this new heist. Season 1 consists of 12 episodes, but they won’t be dropping all at once. The first six will debut on June 24, and as for the second batch, audiences may have to wait a little while.

It’s worth noting that the new series isn’t a spin-off but a true remake. Some viewers may expect a series based in the same universe as Money Heist, but as one can tell from the trailer, the show is a true adaptation of the Spanish version, rebooting some of the key characters and events from the original series.

Netflix has not yet revealed an official release date for Money Heist: Korea Part 2. However, considering there are no reports of its production having a fragmented filming schedule, it is likely that Money Heist: Korea shot the entirety of its season all at once. Netflix first announced their plans for the Korean remake back in 2021 at a Tudum event, per Collider. If the second batch of episodes is nearly ready to go, it would probably hit the streaming service sometime in late 2022.

The release schedule for the original Money Heist series may be a clue for how long viewers will need to wait for Part 2. The original series had five seasons, spanning from 2017 to 2021. Of those installments, the first two were split in half, with Season 1 airing its first and second parts in May and June. Season 2 opted for an October and November split.

Granted, the first two seasons weren’t produced by Netflix, and there was a two-year break between Seasons 2 and 3. The series’ original distributor, Antena 3, had set up the two-part release plan for the first two seasons. Should Netflix choose to take a similar approach to what Antena 3 did in the early days of Money Heist, then viewers could expect Money Heist: Korea Part 2 to arrive as early as July.