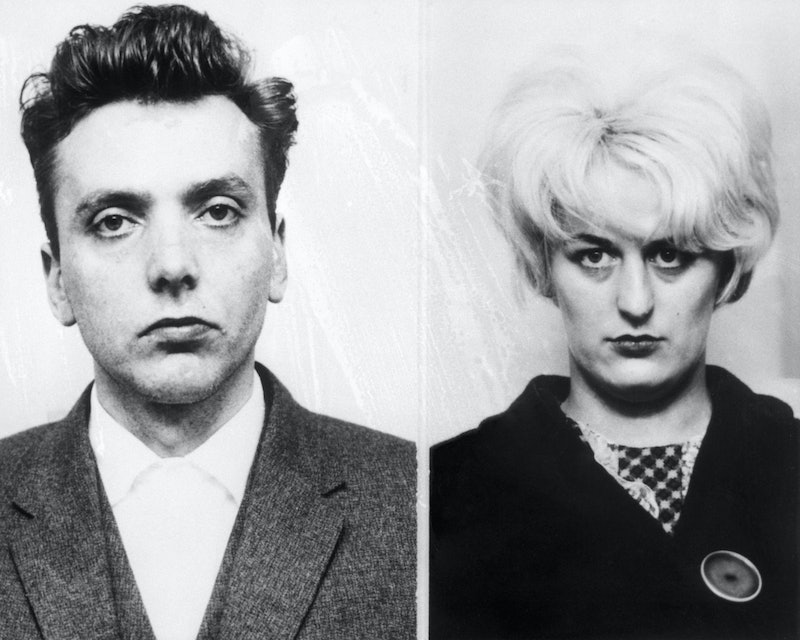 With its first instalment set to air on Channel 4 on Feb. 21, Moors Murders takes a chilling new look at the crimes of serial killers Ian Brady and Myra Hindley, who murdered five children in Manchester between 1963 and 1965, before burying their victims’ bodies on Saddleworth Moor. As well as revealing previously unseen letters exchanged by the two murderers from prison with English singer Janie Jones, the three-part documentary also examines a series of personal accounts from those that knew the couple.

The first instalment also airs an eye-witness account from the late David Smith, originally recorded in 2003. The teenager reported Brady and Hindley to the police after seeing a murder take place, and his witness statement was crucial in helping to expose the killers.

Who was David Smith?

A teenager from east Manchester, David Smith was just seventeen when he married Maureen, the sister of Myra Hindley. He soon struck up a friendship with his sister-in-law and Brady, and at first assumed that the comments the couple made about murder and robbery were intended as jokes. “There was no indication whatsoever,” Smith wrote in his memoir Witness: The Story of David Smith, Chief Prosecution Witness in the Moors Murders Case. “[Brady] was a slightly eccentric friend. That's all.”

How did he expose their crimes?

In the new footage, which airs in Moors Murders, Smith recalls Myra Hindley knocking on his door in the middle of the night, and asking him to walk her home to collect some wine. He was told to wait in the kitchen, but discovered Brady murdering 17-year-old Edward Evans with an axe after hearing shouting and screaming. Smith says he was asked to help conceal the body, and pretended that “everything was normal” in order to escape. Once home, Smith went to the police. The teenager ended up acting as the prosecution’s chief witness at Brady and Hindley’s trial. His testimonials were crucial in convicting the killers, and helping to discover the bodies of their victims.

What happened after Brady and Hindley were jailed?

Brady and Hindley tried to implicate Smith in their murders — and in their letters with Jones, they detail various plots to pin blame onto him. Many believed Brady and Hindley’s lies. In his book Witness… Smith describes being beaten and spat at in the street. During one such beating, he attacked someone with a knife during a fight, and was jailed in 1969. Later he moved to start over in Galway, Ireland, with his second wife, Mary Faherty . Up until his death in 2012, Smith helped police to search the Saddleworth Moors to try and recover the bodies of victims.

More like this
Where Is Oscar Torres In 'Only Murders In The Building' Season 2?
By El Hunt
Yinka Bokinni Recalls Terrifying Truth At Heart Of 'How To Hire A Hitman'
By Frances Stewart
Florence Pugh & Zoe Kazan Have Teamed Up For A Major New Netflix Series
By Rachel Mantock
Everything To Know About 'The Undeclared War' Season 2
By Rachel Mantock
Get The Very Best Of Bustle/UK