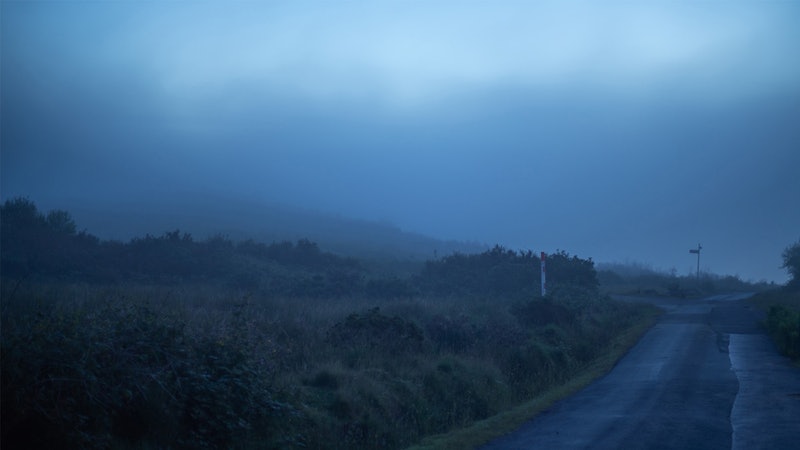 Sky, picture used as promotion for TV series Murder in the Valleys

In June 1999, 34-year-old Mandy Power was killed alongside her two daughters, Katie, 10, and Emily, eight, in their home in the village of Clydach, South Wales. Power’s mother Doris Dawson, who was 80-years-old at the time, was also found dead at the address. A local builder, David ‘Dai’ Morris, was convicted of all four murders but his family have maintained his innocence since his arrest and subsequent sentencing.

The story behind this senseless real-life crime is at the centre of a new Sky docu-series, Murder in the Valleys, which will examine “the largest and most exhaustive criminal investigation in Welsh history,” according to the broadcaster. This includes a recent independent review conducted in 2021, which found more evidence that placed Morris at the scene of the crime.

But where is David Morris now, and what was he initially charged with?

Where is David ‘Dai’ Morris now?

Morris was serving his sentence at HMP Long Lartin in Worcestershire, but he died in prison in August 2021. He was 49-years-old at the time of his death, which was deemed inconclusive during an inquest hearing. The hearing concluded that Morris “came out of his cell and collapsed early in the morning.”

While the cause of his death is yet to be determined, Morris’ sister Debra told Wales Online that he had heart problems and was insulin-dependent. “Everything points to his heart but we have to wait for toxicology,” Debra said.

What was he charged with?

Morris wasn’t the first suspect in the case, with two brothers and a woman first being arrested in connection to the murders per Wales Online. However, they were never charged and were ruled out as suspects in 2001.

But a blood-stained gold chain left at the scene eventually led the police to Morris, who consistently denied that the piece of jewellery was his. However, four days before the trial began in April 2002, he admitted that it was “probably” his as the Evening Standard reported at the time.

Morris was subsequently charged and found guilty of murdering Mandy Power, her daughters Katie and Emily, and Doris Dawson. Described by prosecutors as “probably one of the most dangerous people in the United Kingdom,” Morris was convicted of murder in 2002 by a unanimous verdict, per The Justice Gap, and given four life sentences.

This conviction was overturned in 2006 following an appeal, and a retrial was held at Newport Crown Court. Here, Morris was convicted a second time, but given a lesser sentence of 32 years.

More like this
A New Netflix Doc Will Explore The Unsolved Murder Of Jill Dando
By Sam Ramsden
This First Look At 'The Gold' Shows Jack Lowden In A Whole New Light
By El Hunt and Sam Ramsden
Turns Out George Clooney Is A Huge Fan Of This Classic British Game Show
By El Hunt
This Pre-'Love Island' Video Of Olivia & Zara Together Changes Everything
By Bustle UK
Get The Very Best Of Bustle/UK
Sign up for Bustle UK's twice-weekly newsletter, featuring the latest must-watch TV, moving personal stories, and expert advice on the hottest viral buys.