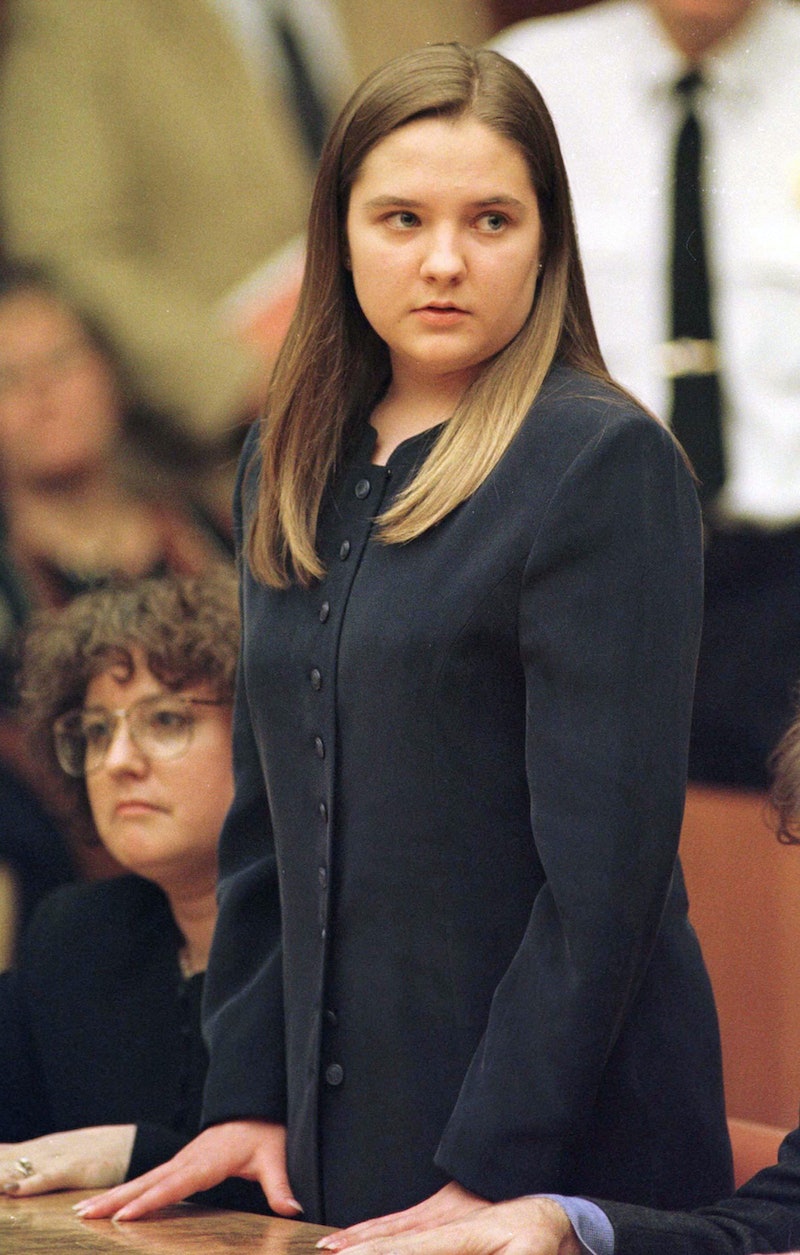 Channel 4 aired its fascinating three-part true-crime documentary, The Killer Nanny: Did She Do It?, on Jan. 9, re-examining the infamous case of Louise Woodward, who, at just 19, was convicted of killing eight-month-old Matthew Eappen, who died in her care while she was working as a nanny in Massachusetts. Back in 1997, the U.S. trial gripped and divided audiences on both sides of the Atlantic, and the British teenager was sentenced for manslaughter. But where is Louise Woodward now?

More than 25 years after a polarising guilty verdict in a divisive trial, according to various reports, Woodward, now 43, lives in Shropshire with her husband and family and is a law graduate and a salsa instructor.

After she served a drastically reduced sentence and moved back to the UK, per the Liverpool Echo, she studied law at London South Bank University, where she graduated with a 2:2 (Hons) degree in July 2002, but she soon quit the field to become a dance instructor.

After falling pregnant with her first child in 2014, she told the tabloid: “I know there are some people waiting for me to have a baby so they can say nasty things.” She added: “'It upsets me, but that is not going to stop me leading my life. I am innocent. I have done nothing wrong. I am entitled to enjoy my life. I am not going to apologise for being happy.”

Woodward has always maintained her innocence, even discussing the trial with journalist Martin Bashir for Panorama in 1998.

In 1997, Woodward was found guilty of the murder of eight-month-old Matthew Eappen, who died of brain injuries 10 weeks after she started her job with the family as an au pair. In the polarising trial, prosecutors argued Matthew had suffered from Shaken Baby Syndrome, and she was sentenced to 15 years in prison. However, the judge later threw out the jury’s decision, reducing Louise’s murder conviction to involuntary manslaughter and releasing her from prison after just 279 days.

As Channel 4 explains, Woodward faced an “all-or-nothing trial” and given the magnitude of the charges and accusations, the media circus trail inspired “justice protest rallies in both the UK and US, on separate sides of the argument. The documentary takes a fresh look at the infamous case, and features interviews with defence and prosecution lawyers, detectives, paramedics and journalists.

The Killer Nanny: Did She Do It? is available to stream on All 4 now.

More like this
This First Look At 'The Gold' Shows Jack Lowden In A Whole New Light
By El Hunt and Sam Ramsden
A New Netflix Doc Will Explore The Unsolved Murder Of Jill Dando
By Sam Ramsden
Twitter Is Burning As Phoebe Dynevor Reveals Daphne’s 'Bridgerton' Exit
By Sophie McEvoy
Helena Bonham Carter Doesn't Think 'The Crown' “Should Carry On"
By Sam Ramsden
Get The Very Best Of Bustle/UK
Sign up for Bustle UK's twice-weekly newsletter, featuring the latest must-watch TV, moving personal stories, and expert advice on the hottest viral buys.