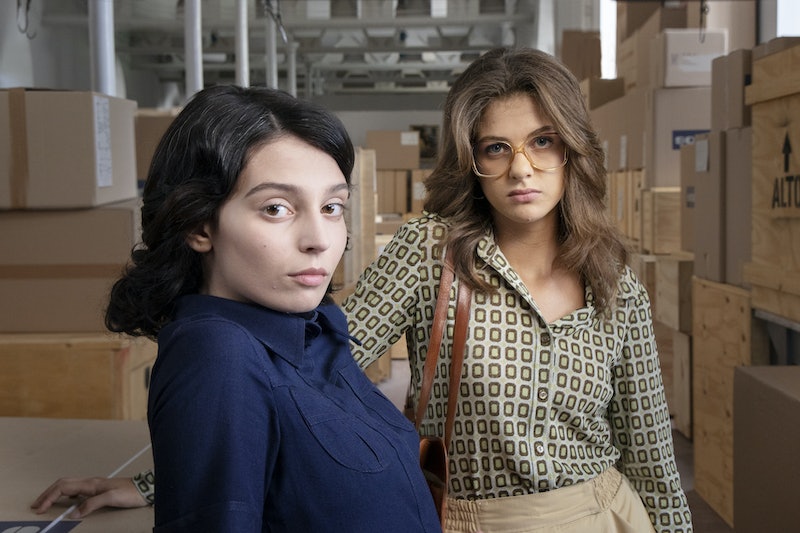 Based on Elena Ferrante’s four-book Neapolitan series, HBO’s My Brilliant Friend will also conclude with a fourth and final chapter. While announcing the Italian-language drama’s renewal in March, the network confirmed that Season 4 will follow Ferrante’s The Story Of The Lost Child, which picks up with Elena and Lila’s friendship on the rocks in the late 1970s. Though the time jump will bring with it many changes, the women’s bond at its center remains the common thread.

“When we decided to bring Elena Ferrante’s masterpiece Neapolitan Novels to the screen, we knew Elena and Lila’s story had to be told in its entirety,” HBO executive vice president Francesca Orsi said in a March 22 statement. “We look forward to completing the quartet and know The Story of the Lost Child will bring the series to a close with the same heart, intimacy, and epic storytelling that has defined Elena and Lila’s journey from the beginning.”

In Season 3, Elena “Lenù” Greco (Margherita Mazzucco) and Raffaella “Lila” Cerullo (Gaia Girace) both grew into adulthood as their diverging lives thrust them into the complexities of motherhood, marriage, and vastly different careers. While Elena became a successful author, Lila left her husband — and a comfortable life — to work in a factory under tough conditions. As the women continued into the next phases of their lives, the young actors who have played them since 2018 also took their final bows by Season 3’s end.

“I’m curious to see Lila and Lenù as grown-ups in action,” Girace told The New York Times in February, previewing what lies ahead. Here’s everything else we know about My Brilliant Friend Season 4, so far.

Even before HBO made the renewal announcement, Season 4 was reportedly already in pre-production as of March 2022. COVID-related delays aside, past filming schedules seem to indicate it takes roughly a year to produce a season of the drama, so viewers could expect Season 4 to premiere around February 2023 if the timeline stays the same.

HBO has also yet to announce the Season 4 cast, which will likely feature mostly, if not all, new actors. However, viewers get a brief glimpse at the new Elena in the Season 3 finale, and the actor has actually been an unseen part of the series from the beginning. Alba Rohrwacher, who will take over as Season 4’s Elena, has been performing Elena’s voiceover since HBO premiered the show in 2018. Variety also reported in March, via the Italian press, that a “likely candidate” for the future Lila role is The Hand of God star Luisa Ranieri, though HBO has not commented on the casting rumor.

Though Mazzucco read all four books in a week before shooting started, she admitted to the New York Times that she never read the final pages of the fourth book because she didn’t want to know how it ends. Similarly, Girace tried not to read ahead of what they were shooting “because the relationships between the characters change from season to season, and I didn’t want to look at other characters in a different way,” she added.

Indeed, The Story of the Lost Child begins with Elena explaining that she returned to Naples with her daughters, but “avoided resuming a steady relationship with Lila” for three years. However, the women naturally resume their friendship as their families expand. “Their friendship has been the gravitational center of their lives,” the novel’s synopsis reads. “Both women fought to escape the neighborhood in which they grew up — a prison of conformity, violence, and inviolable taboos. Elena married, moved to Florence, started a family, and published several well-received books. In this final novel, she has returned to Naples, drawn back as if responding to the city’s obscure magnetism. Lila, on the other hand, could never free herself from the city of her birth.”

Only time will tell how that might play out on screen in My Brilliant Friend’s final season.

More like this
Linda Ronstadt’s “Long Long Time” Plays A Pivotal Role In The Last Of Us
By Brad Witter
Here’s What Happens To Bill & Frank In 'The Last Of Us' Video Game
By Brad Witter
'GoT' Star Emilia Clarke Says She "Just Can't" Watch 'House Of The Dragon'
By Brad Witter
Netflix Shut Down 'Bridgerton' S3 Rumours About A “Very Dark” Storyline
By Bustle
Get Even More From Bustle — Sign Up For The Newsletter
From hair trends to relationship advice, our daily newsletter has everything you need to sound like a person who’s on TikTok, even if you aren’t.