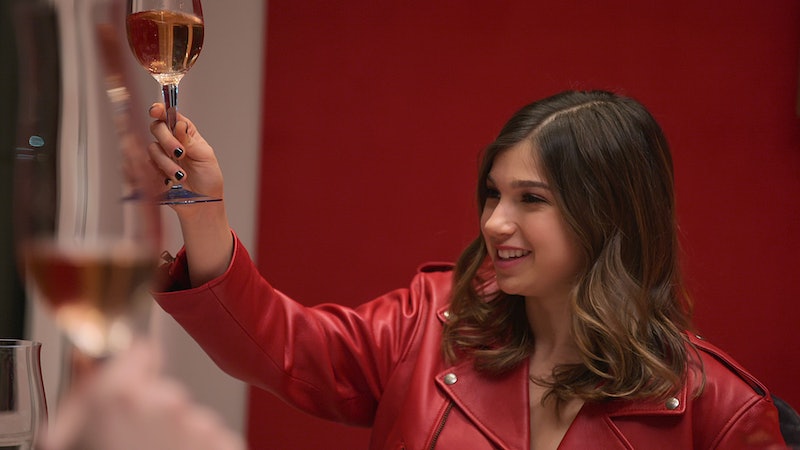 Netflix’s new reality show My Unorthodox Life peers inside the life of Julia Haart, who left the ultra-Orthodox Jewish community she grew up in nearly a decade ago and has since founded a fashion empire. She now serves as the CEO of the modeling agency Elite World Group, and the show follows her and her business partner Robert Brotherton as they navigate the stresses of running such a large company. The series also features Julia’s husband, ex-husband, and four kids — a standout of which is her bold and free-spirited daughter Miriam. Get to know more about the 21-year-old below.

Miriam Is Part of An Eccentric Family

Miriam is the the third oldest Haart child behind her brother Shlomo, a law school student, and her sister Batsheva, an influencer who has over a million followers on TikTok. The youngest of the Haart siblings is Aron, who is still in high school and has the strongest remaining ties to their Orthodox Jewish community. Miriam is the least religious of the bunch, taking after her mom and fully embracing a modern lifestyle.

Miriam Is An App Developer

Miriam is currently attending Stanford University and is on track to graduate in 2022 with a degree in computer science, according to her Instagram bio. Per her LinkedIn, she’s already built several skills within the fields of virtual and augmented reality as well as quantum computing. She notes a particular interest in cognitive sciences and artificial intelligence, but her true ambition appears to be in app development. She says on Unorthodox Life that she’s “passionate about building apps that empower women,” and her personal website details the numerous iOS compatible apps she’s already created, some of which she’s won awards for. She also served as a project manager at the tech company Yewno, where she created a platform that allows students to research, collaborate, and publish articles to peer-reviewed journals.

Miriam’s enterprising attitude doesn’t seem to be slowing down, as according to the personal statement on her website, she’s begun work on everything from “hacking the genome to cybersecurity to preventing sexual assault on college campuses!”

Miriam, who is openly bisexual, spends Season 1 exploring her sexuality, dating a number of men and women (and, to Batsheva’s chagrin, sometimes making out with them at work parties). She makes clear on the show that she isn’t looking for a serious relationship, though her sister posted an Instagram photo in May of her, her husband Ben, Miriam, and a woman Miriam appears to be dating captioned “our first double date.” However, there isn’t much evidence to be gleaned from Miriam’s own Instagram about whether or not she’s in a relationship.

Instead, her feed is about what you’d expect from a wealthy and fun-loving 21-year-old, including TikToks with Batsheva and plenty of travel pics from places like South Africa, Italy, Australia, Israel, India, and Greece. What’s most apparent is her love for her family, who she posts about frequently.

“I feel as though I am the luckiest person in the world to have a best friend, a mentor, an educator, and a mother all in one,” she wrote in an April birthday post to her mom. “You inspire me everyday to reach for Mars and I’m so happy I get to take on the world with you by my side.”