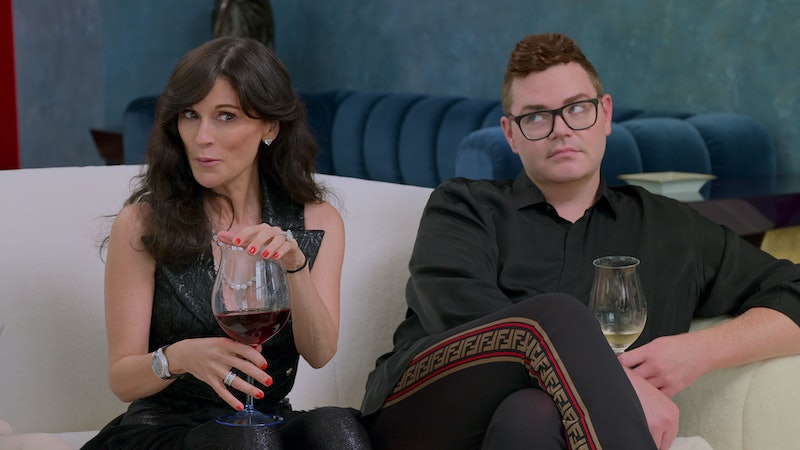 Netflix reality series My Unorthodox Life explores the life of Julia Haart, a woman who spent over 40 years living in an ultra-Orthodox Jewish community before deciding to leave in 2012. After launching a successful shoe line and becoming the creative director of the Italian lingerie and swimwear brand La Perla, she was appointed the CEO of modeling and talent conglomerate Elite World Group in 2019. My Unorthodox Life follows Haart as she runs the company and mentors her four children, who are each navigating their own personal lives and various relationships to Judaism.

In addition to featuring her family, the show stars Julia Haart’s close friend and longtime colleague Robert Brotherton. According to Brotherton’s LinkedIn page, he’s currently the COO of Elite Model World. Prior to that, he worked as the Global Director of Marketing and Public Relations at La Perla, which is likely where he and Haart met.

In My Unorthodox Life, Brotherton is a warm presence who offers an outside perspective on the unconventional lives of Haart and her children. But he’s more than just a side character — Brotherton was adopted, and in one of the more emotional storylines, the series follows his journey to find his birth mom and learn about his biological family’s history.

Outside of the show, Brotherton isn’t much in the public eye, but he’s pretty active on Instagram, where he has over 400 posts and just over 1,000 followers as of publication. With the exception of a few recent posts about My Unorthodox Life, Brotherton’s page is mostly personal, including playful selfies, photos with friends, and pictures of dogs — more recently of his new dog Richard, a Bernedoodle (a cross between a Bernese Mountain Dog and a Poodle) who also has his own Instagram page.