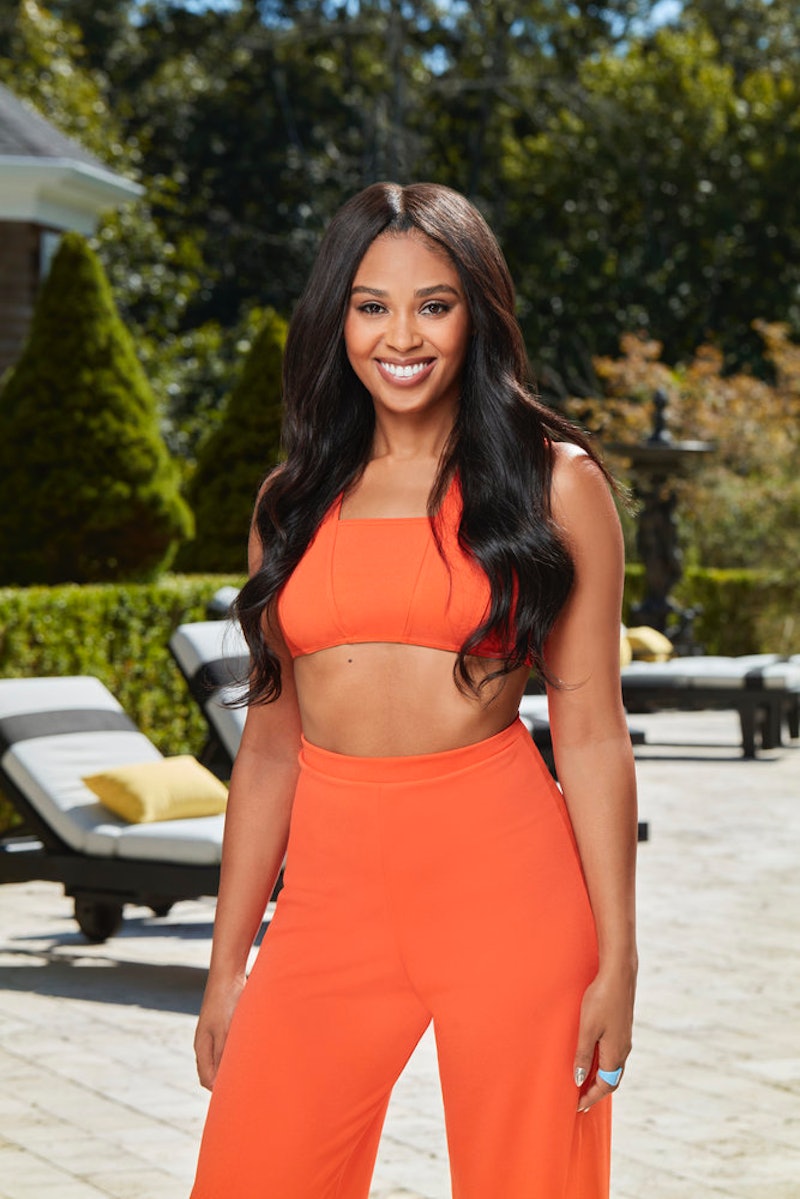 By the time Mya Allen arrived in the Summer House mansion for Season 6, she was more than ready to “have fun and let loose.” During the pandemic, she’d made two major life changes: She started her own cookie business on the side, and she ended her longtime engagement. A summer of debauchery was exactly what she needed.

According to the rest of the cast, she fit in immediately. “Mya is just a really cool, super neutral, which I really enjoyed that she sort of stayed more neutral,” Lindsay Hubbard recently told In The Know by Yahoo. “In the past, some of the newer girls who came in — they feel more connected to the younger age females in the house.” In the comments section of a recent Instagram post, Amanda Batula also called Mya her “favorite person” on the show, while Ciara Miller wrote that she’s a “big fannnnn.”

Here’s everything else to know about the Season 6 newcomer.

The Boston native, who has a studio art degree from Colby College in Maine, graduated at the top of her class with a professional culinary arts certificate from the International Culinary Center in 2016. She went on to hone her skills at several Michelin-star New York City restaurants and now works as a private chef and restaurant operations consultant. On LinkedIn, Mya describes herself as a “driven and dynamic food enthusiast with experience in food operations, food styling, food blogging, and recipe development with a strong human resources background.”

As a “way to spread love through cookies” during the pandemic, Mya also founded The Knead in September 2020. On the website, she sells cookies that are available for nationwide delivery in flavors including salted peanut butter, oatmeal milk chocolate, brown butter snickerdoodle, and white chocolate macadamia nut. Mya’s pick-your-own pack of 12 cookies retails for $45.

The Knead’s website features a testimonial from Mya’s ex-fiancé, celebrity chef Kwame Onwuachi, who’s appeared on both Top Chef and Selena Gomez’s HBO Max series, Selena + Chef. “These cookies are incredible,” he wrote. “Not only do they arrive on time, the packaging is so well thought out and concise. They are perfect for gifts or for your own guilty pleasure. The brown butter snickerdoodles are my favorite but you cant go wrong with any flavor!”

Prior to starting her company, Mya worked with Kwame as the director of operations at Philly Wing Fry in Washington D.C. The pair met at a Boston pop-up restaurant in February 2016, and Kwame proposed to Mya at her family’s home six months later. “Yeah, we moved fast but when you know you know,” the Notes from a Young Black Chef author told The Washington Post in August 2016. “I’m definitely very excited. I’ve got a lot on my plate right now and this is just adding to it, but I figured why wait.”

While answering the Washingtonian’s Quarantine Questionnaire in May 2020, Kwame shared that he’d been watching Tiger King with Mya, who’d been baking everything from carrot cake, cinnamon rolls, and brioche to brown butter snickerdoodles and chocolate chip cookies. The pair reportedly ended their engagement sometime between late December 2020 and early January 2021.

Though at least one photo of Kwame remains on Mya’s Instagram, her page is primarily devoted to her love of baking. “Anyone else dream of cookies while eating cookies?” she captioned one recent post, while noting that it was “cookie o’clock” in another. She’s also shared photos with her 25-year-old sister and best friend Lexi, as well as her adorable dog.