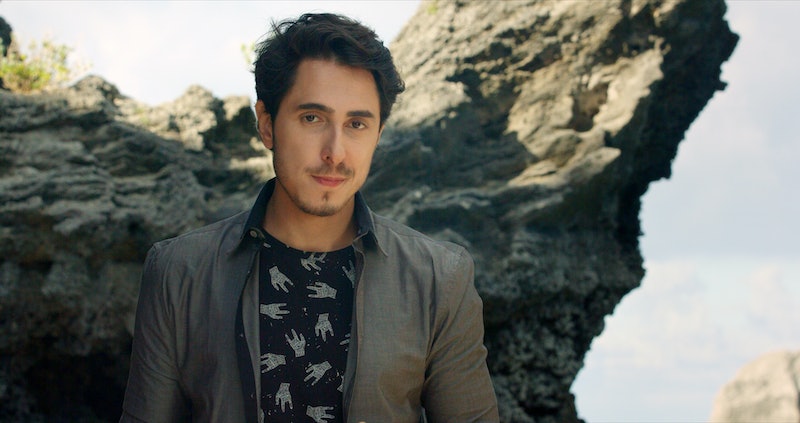 Netflix's new show Mystery Lab explores some of the world's biggest enigmas and historic events — like the Bermuda Triangle, time travel, and an especially timely episode on the Black Death pandemic of the middle ages. It's hosted by Felipe Castanhari, a Brazilian YouTuber with a passion for nostalgia. If you think you like the '90s, well, do you have an entire YouTube channel dedicated to the idea of nostalgia with 13.1 million followers? Because Castanhari does.

Canal Nostalgia (in English, Nostalgia Channel) was founded in 2011, according to the Brazilian outlet Pequenas Empresas Grandes Negócios. Castanhari created it when he struggled to find the kind of content he was looking for. "I wanted something about things like Sonic and old drawings, but no one had created anything about it. Then I realized a demand for the theme and decided to develop my first video," he said. So he switched from his career in 3D animation to providing informative videos about nostalgic people, places, and things from not just the '90s, but also the '60s, '70s, and '80s. As his audience grew, Castanhari added people to his video team and created new segments that dove into more serious history and science topics like the war in Syria, fascism, and dispelling conspiracy theories about the "flat earth" and vaccines. These videos were essentially precursors to Mystery Lab, which is more about science and history than it is about '90s content.

Fortunately for anyone obsessed with the '90s, Castanhari's Instagram is still a shrine to the decade. For one, he's really into Toy Story.

"Going to watch Toy Story in style," he captioned this amazing shot.

And Sonic the Hedgehog, the inspiration behind his YouTube channel, is now forever part of Castanhari's skin.

Though his Instagram highlights the past, Castanhari also posts about the present, like his love for his dog Kenny and his girlfriend, the Brazilian TV host Nyvi Estephan. She's a gamer who shares Castanhari's passion for nostalgia.

Viewers will get to know Castanhari more as they watch his Netflix series, but even after those eight episodes wrap up, there's plenty more of Castanhari's content to explore on YouTube.