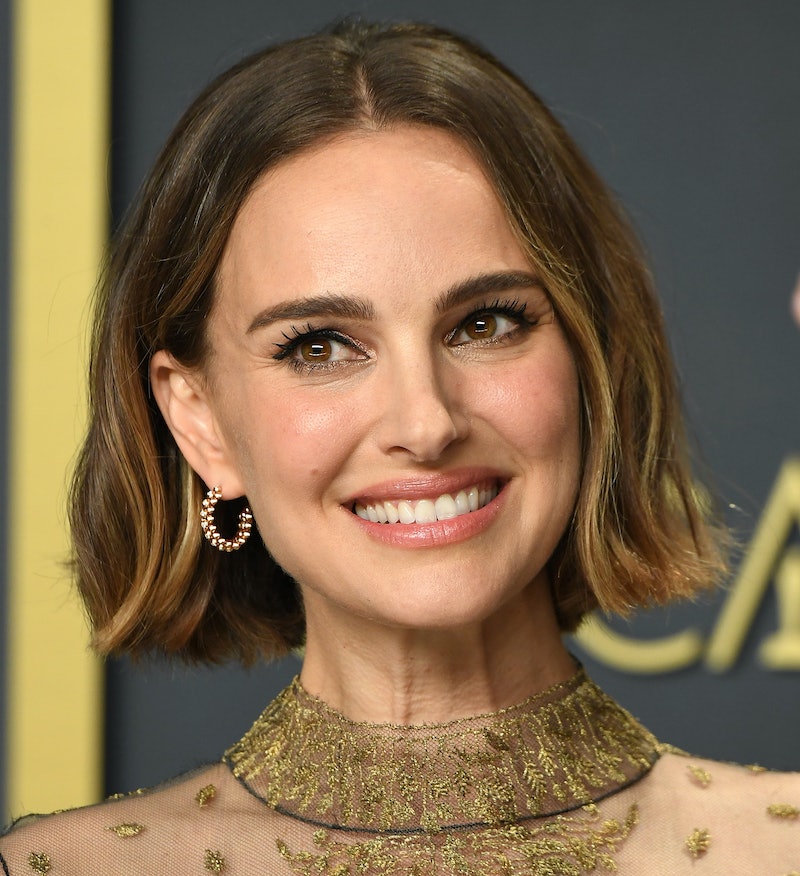 Los Angeles sports fans are about to get a brand new women's soccer team to root for, courtesy of some of the city's biggest stars. A National Women's Soccer League is coming to Los Angeles, thanks to Natalie Portman and other celebs, in the Spring of 2022. Portman joined an investor group that includes, among others, Uzo Aduba, Serena Williams and her husband, Alexis Ohanian. In addition, Williams and Ohanian's daughter, Alexis Olympia Ohanian Jr., has been named as part of the investor team, making the 2-year-old one of the youngest team owners in sports history.

The team's official name and venue have not been announced yet, as reported by E! News, but the club has nicknamed itself "Angel City," after their new home city. "The time has come to reshape expectations on & off the soccer field," the team said in a Twitter post featuring the Angel City announcement video. "This is the place. The time is now. Welcome to the beginning."

"I am proud to be a part of this wonderful group working to bring a women's professional football club to Los Angeles," Reddit co-founder Ohanian said in a statement, where he explained that he believes that women's soccer has been "undervalued by too many people for far too long." Ohanian's statement also mentioned that he's a big fan of soccer in general, and that he hopes Angel City and the women who play for the team will be an inspiration for Olympia. "I'm personally investing on behalf of my family because creating more opportunities in women's sports is important to my wife and me, and we want to be a part of making a better future for our daughter," he said.

Angel City echoed that mission statement in their announcement video, which featured a snapshot of several investors — Portman, Eva Longoria, Jessica Chastain and Jennifer Garner — at a U.S. Women’s National Team Players Event in April 2019, where they and other members of the Time's Up movement supported the team's quest for equal pay. In addition, the team has announced a formal partnership with with the LA84 Foundation to build a strong relationship with the community, and that it will support the Play Equity Fund, which works to provide sports and play opportunities to all children.

In an interview with Sportico, Portman explained inclusion is a key mission of Angel City, which was founded to be an "unapologetic" and "unstoppable" team. "We believe in setting higher expectations on and off the field, for our team, players and fans," the Oscar winner said. "Success to us isn’t only on the field, but our impact in our community, payback to our players, and entertainment of the world. We are not a legacy team but a team of activists, athletes, and entrepreneurs who are used to challenging the status quo and reshaping expectations."

The U.S. Women's National Soccer Team filed an equal pay lawsuit against FIFA in March 2019, ahead of the World Cup, in order to advocate for female soccer players to get better pay and treatment from the organization. “For us it is really important to really look at the bigger picture of the compensation piece," Megan Rapinoe told Reuters in April 2019. "I don’t think you can talk about compensation articulately or intelligently until you have a conversation about funding across the board. ... So yes we are fighting for equal compensation but we are also fighting for this larger picture of investment in both programs equally." It sounds like Angel City is attempting to follow in the USWNT's footsteps in order to build a team focused on equality and parity.

More like this
Serena Williams Is Retiring From Tennis: “I'm Ready For What's Next”
By Marina Watts and Grace Wehniainen
Beyoncé & Madonna’s “Break My Soul” Remix Honors A Group Of Black Icons
By Stephanie Topacio Long
Lewis Hamilton Turned Down A Role In 'Top Gun: Maverick' For This Surprising Reason
By Darshita Goyal
Harper Teasing David Beckham’s Dad Dancing Is Beyond Adorable
By Frances Stewart
Get Even More From Bustle — Sign Up For The Newsletter