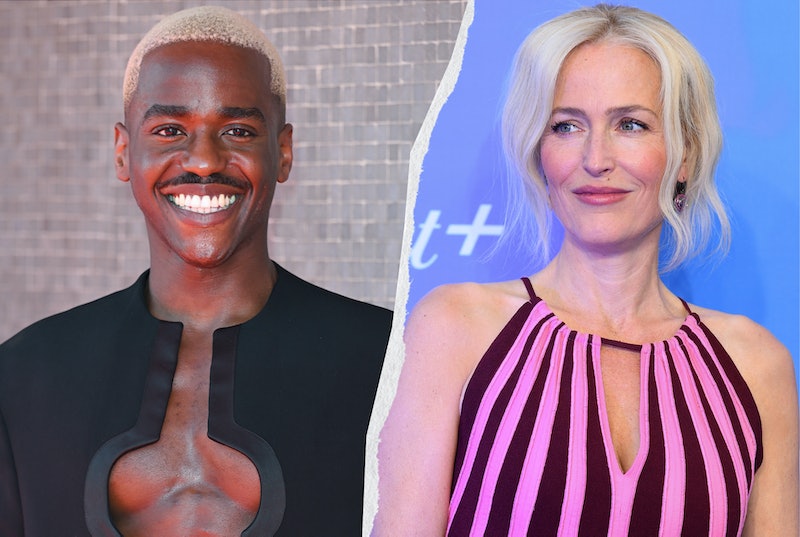 The details of Ncuti Gatwa’s turn as The Doctor may be few and far between, but one thing the actor has shared is someone he’d like to work with on the show. While Doctor Who icons David Tennant and Catherine Tate are confirmed to be returning to their roles as The Doctor and Donna Noble, Gatwa is keen to see his Sex Education co-star Gillian Anderson take on the part of a villain for his Doctor to fight.

Speaking to RadioTimes at the South Bank Sky Arts Awards, Gatwa expressed excitement about the possibility of working with Anderson again. “I would love for Gillian to come in and be an amazing baddie,” Gatwa said. “Like, I’d love to battle with Gillian! That would be a dream.” After all, she is the queen of sci-fi, having played FBI Agent Dana Scully for nine seasons and a revival.

As expected, this isn’t the first time Anderson’s name has been brought up concerning Doctor Who. Before Jodie Whittaker was announced as the 13th Doctor, Anderson was considered to be a frontrunner herself. And in 2009, it was rumoured that the actor would appear opposite Matt Smith’s Doctor as the “renegade Time Lady The Rani” – a character from the ‘80s played by Kate O’Mara.

A source told The Express (via Metro)at the time that Anderson’s “massive sci-fi following” gave her the right foundation to star in Doctor Who and that The Rani was “the perfect role for her as the character used to be regarded as one of the Doctor’s most deadly opponents.” Anderson as The Rani would be the perfect solution for Gatwa’s wish to “battle” her as The Doctor. However, showrunner Russell T. Davies has previously said that if he were to reintroduce The Rani, he’d want musical star Ruthie Henshall to take on the role.