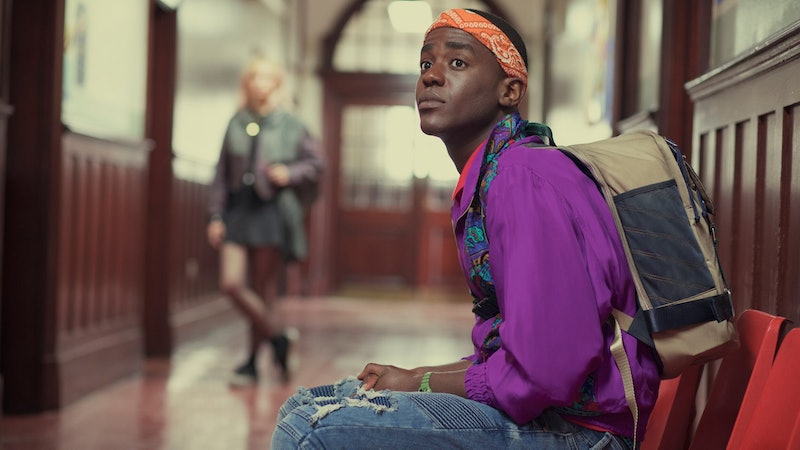 It’s safe to stay the Sex Education cast (and fans, too) were thrilled for Ncuti Gatwa when it was revealed that he will be the new Doctor Who. However, the rising star’s new gig on the iconic BBC series means his schedule is now jam-packed. Naturally, this has left many wondering how Gatwa’s latest role will affect his starring turn as Eric Effiong in Sex Education season four.

Unlike his former co-star Simone Ashley — who left Sex Education to star in Bridgerton — Gatwa hasn’t officially stepped away from the teen drama. This might have a little something to do with the fact the filming schedules for his two shows differ somewhat.

According to Digital Spy, the current block of filming for the forthcoming series of Doctor Who has already begun at Bad Wolf Studios and is “estimated to conclude sometime in July.” Unbeknownst to the public, Gatwa secured the role of Doctor Who in February, so he’s had a head-start on filming. Meanwhile, filming for the fourth season of Sex Education is set to begin in the coming weeks and will “likely last until October/November.” So Gatwa will likely be able to do both, providing that Netflix is understanding of his BBC schedule.

However, Gatwa’s future on the Netflix original might still be coming to an end soon, as a second block of Doctor Who filming is set to take place at the end of the year, and is expected to continue until summer 2023. This could present a problem for filming a fifth season of Sex Education, should Netflix wish to have one.

In the midst of his high-profile TV gigs, Gatwa is currently filming scenes for his role in the live-action Barbie film, which also features his Sex Education co-stars Emma Mackey and Connor Swindells. The hotly-anticipated project stars Margot Robbie in the title role, opposite Ryan Gosling, who is portraying Ken.