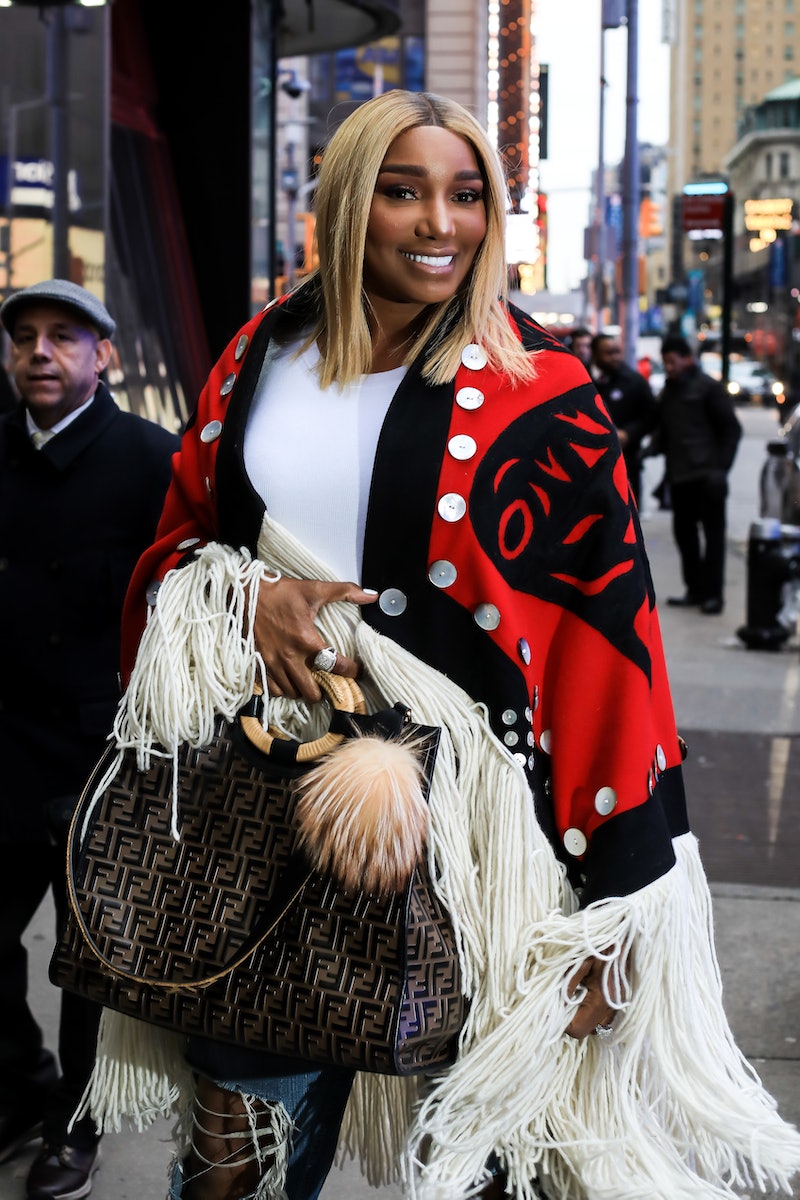 After announcing her departure from The Real Housewives of Atlanta in September, the OG of ATL is wanting justice. NeNe Leakes is calling for fans to boycott RHOA, citing unfair treatment from Bravo which led to her departure ahead of Season 13. However, the attempted boycott is being met with mixed fan reactions on Twitter, with some people saying they won't watch the show without her while others are refusing the give up the series at all.

On Monday, Dec. 20, Leakes took to Twitter to ask her followers to protest the network alongside her. "Y'all ready to start this boycott yet?" she wrote. "What has happened behind the scenes is WRONG! While others were being promoted, BLACK WOMEN who created shows, created genres, built franchise and built networks were being DEMOTED… TURN OFF YOUR TV'S."

The reality star also linked to a petition against Bravo and its parent company NBCUniversal on her Instagram Story, which claims that Leakes, as well as Married to Medicine star Mariah Huq, faced "unfair and biased treatment" from the company compared to their non-Black co-workers. The petition has garnered over 7,000 signatures so far.

Leakes announced her departure from the series a few months ago in a video posted to her YouTube channel. "I'm just so happy that I can say that I was a part of a genre that opened up doors for Black ensemble reality shows," she said at the time. "I want to thank everybody that has looked up to me over the years. I want to thank Bravo for all the memories. Thank you to the cast for all of the memories."

Despite originally thanking the network, Leakes later tweeted that she was "forced" off RHOA. Then, in an October interview on The Tamron Hall Show, the reality star claimed that she was only offered a deal to return for six episodes of Season 13, which she cited as unfair. "I can't tell you everything I want from them, but I can tell you that I want fair treatment," she said. "I haven't done anything that no one else has done there or haven't done even worse. So, I don't deserve this treatment."

No matter what side of the debate RHOA fans agree with, things are getting pretty heated on Twitter. Some viewers are in full support of Leakes while others are concerned for her well-being. And for every person who's saying they won't watch the show without her is another person saying that they will. Some fans even think that this outcry is simply an attempt to get back on the show for future seasons.

Neither Bravo nor NBCUniversal has commented on Leakes' allegations or calls for a boycott.