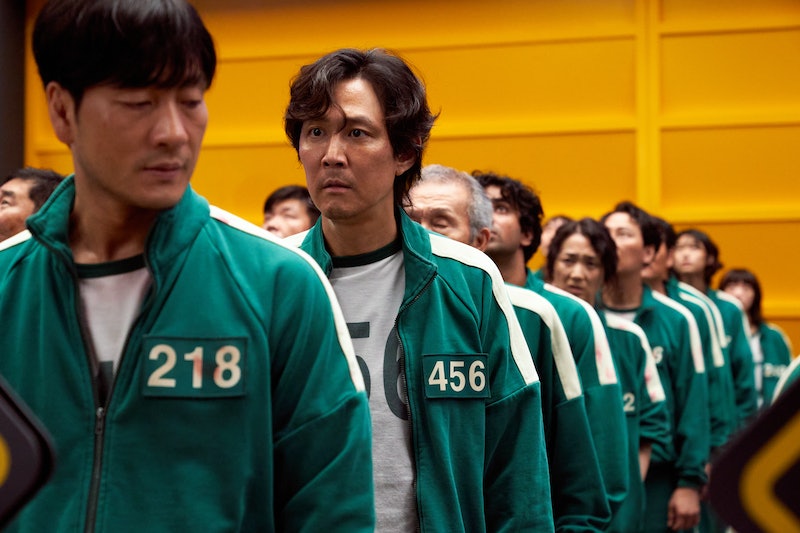 In the past few weeks, Netflix’s Squid Game has captivated audiences across the globe. However, this has caused a bit of a problem for a businessman in South Korea, as his phone number was inadvertently featured in the series. Since the show premiered on Sept. 17, he’s had to delete more than 4,000 unknown numbers from his call history as a result of viewers testing to see if it’s real.

“This is a number that I’ve been using for more than 10 years, so I’m quite taken aback,” he told Money Today, a local media station. “It has come to the point where people are reaching out day and night due to their curiosity. ... It drains my phone’s battery and turns it off.”

Featured prominently in the first episode, the number appears on a business card given to Seong Gi-hun (played by Lee Jung-jae) by a mysterious businessman after playing the traditional South Korean game ddakji and winning some cash. By calling this number, Gi-hun is invited to play a mysterious game with even higher stakes.

As a result of a real number being used, Netflix issued a statement saying, “Together with the production company, we are working to resolve this matter, including editing scenes with phone numbers where necessary.” Looking back at the first episode now, the scene has indeed been edited with the card now reading 010-034 instead of the real eight-digit number that was there before.

Another potential mistake that’s been pointed out is the disparity between English closed captions and what’s actually being spoken in Korean. Netflix has yet to comment on this issue, but some Korean-speaking viewers have noted that the original meaning for some of the dialogue is lost. “If you don’t understand Korean you didn’t really watch the same show,” a fan said on Twitter. “The dialogue was written so well and zero of it was preserved.”

However, the fan later clarified the English subtitles were “substantially better,” but the “misses in the metaphors” are still present. Closed captions are often automatically generated and include audio descriptions for those hard of hearing, while subtitles are solely translating another language.