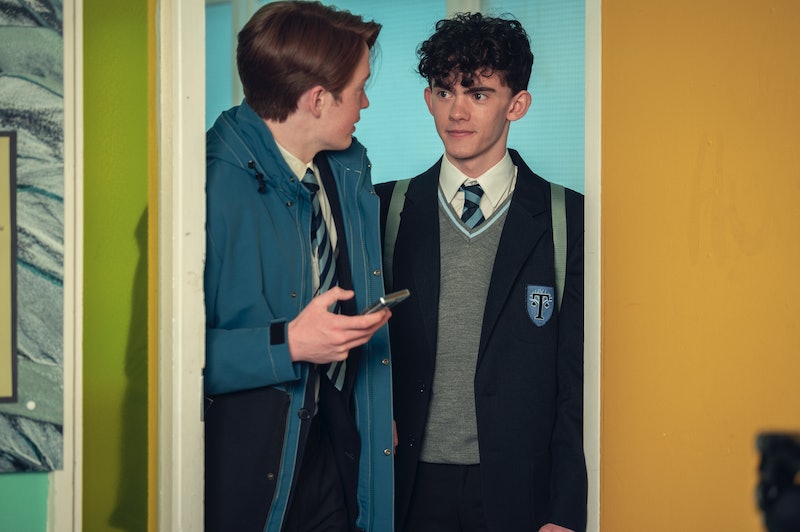 If you’ve been crying out for a heart-warming new queer drama to get far too emotionally invested in, then you’re definitely in luck. Based on a graphic novel of the same name, Heartstopper features a cast of talented teenagers — in many cases, playing their first ever TV roles. The drama is now streaming on Netflix, but before you get stuck in, here’s everything you need to know about the adolescent drama.

The series is adapted from a web comic created by Alice Oseman in 2016, which ended up selling over a million print copies. Like the original story, the live-action version of Heartstopper follows two school-boys, and the romantic tensions simmering beneath their developing friendship.

“When gentle Charlie and rugby-loving Nick meet at secondary school, they quickly discover that their unlikely friendship is blossoming into an unexpected romance,” a Netflix synopsis reads. “Charlie, Nick, and their circle of friends must navigate the ever-relatable journey of self discovery and acceptance, supporting each other as they learn to find their most authentic selves.”

“When it started, it was literally just a passion project,” Oseman told Attitude. “I didn’t make any money out of it; I was just uploading it for free online and it’s grown so much since then, and now it’s a TV show. It’s really weird.”

Making his TV debut, South Croydon actor William Gao plays Charlie’s protective best mate Tao Xu. TikTok-er Yasmin Finney, who has built a sizeable platform sharing her experiences as a young trans woman online, plays Elle Argent, a trans student who has transferred to Harvey Greene after being bullied at her old school. Her role comes after a casting in What If, the directorial debut from Pose star Billie Porter.

Netflix released an early look at the show in March 2022, with the first teaser soundtracked by BBC Sound of 2022 long-lister and rising alt-pop star Baby Queen. You can watch the official trailer, below.