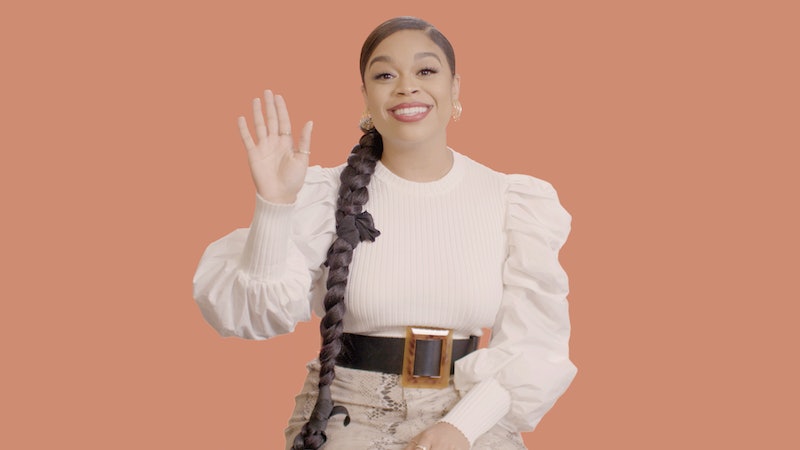 There's no other way to put it: Gentefied is a gem of a television show. Written by Marvin Lemus and Linda Yvette Chávez (who'd never even set foot in a writers room before they pitched the Latinx dramedy for the first time), the show is about Boyle Heights, a Latinx neighborhood east of downtown Los Angeles, and an epicenter of Mexican culture and community in the United States.

Like in the IRL Boyle Heights, the show's characters are all immigrants trying to navigate a very white Los Angeles while also honoring their heritage and family value as their neighborhood gentrifies and rents go up. If it sounds like real life, that's because it is — according to its creators, the show is largely autobiographical.

"For a long time, for our fathers and the older generations before us, to chase the 'American Dream' meant having to assimilate," Lemus told Bustle in a recent interview. "But of course, there's always the push and pull, and that's been so much of what we want to really dig into with the show."

The cast of Gentefied stopped by the Bustle Booth recently to discuss their perception of the American Dream — what it means to them, personally, and how it inspires them to act their characters on the show. They also discuss community, gentrification, and growing up in white environments — all topics that are inherent to the plot of Gentefied.

And, according to Lemus, that's exactly the point of the show: to reflect real-life experiences and educate viewers on what life through this lens actually looks like, beyond the stereotypes.

"What we hope audiences take away is they'll no longer say that 'gentrification and change just happen,'" Lemus told Bustle. "I think that that's one of those things that really didn't sit right with us and we wanted to make sure that that's not something that people can really say after they watch."

More like this
Dennis Quaid Dropped A Huge Parent Trap Revelation Via Taylor Swift's "Anti-Hero"
By Catharina Cheung
Owen Thiele Asked Sundance Attendees About Films That Don’t Exist
By Grace Wehniainen
Grammys Host Trevor Noah Made Adele's Dream Of Meeting The Rock Come True
By Brad Witter
'Knock At The Cabin' May Start Streaming Sooner Than You’d Think
By Jake Viswanath
Get Even More From Bustle — Sign Up For The Newsletter
From hair trends to relationship advice, our daily newsletter has everything you need to sound like a person who’s on TikTok, even if you aren’t.