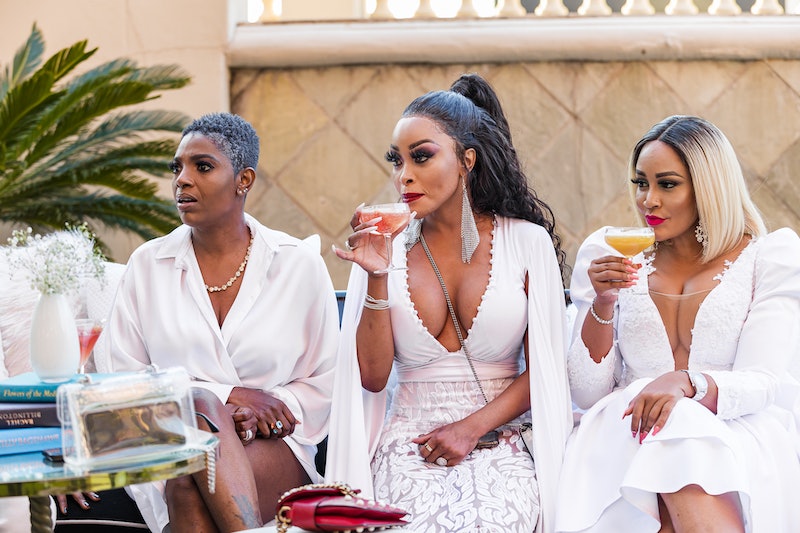 Following the success of a series of reality TV shows, Netflix has dropped its first African reality TV series to the streaming service. Young, Famous & African follows – exactly as the show title would suggest – a group of rich media personalities as they navigate rather lavish lifestyles. The cast of Young, Famous & African ranges from music stars, to media personalities, stylists and a lot of couple. If you love watching the affluent grapple with love, relationships, and drama, then this is most definitely the show for you.

Set in Johannesburg, South Africa, fans will get an exclusive insight into the affairs of Africa’s young elite stars, who hail from South Africa, Nigeria, and Tanzania, among other places across the continent. But, who are the cast of the Netflix’s Young, Famous & African and what do they do? Here is a deep dive into the 11 cast members, including how to follow them on social media, below.

South African actress and “entertainment royalty” Khanyi Mbau will be a main cast member of Young, Famous & African. She recently landed a starring role in ShowMax’s telenovella The Wife and competed in the seventh season of the South African version of Strictly Come Dancing in 2014. The 35-year-old lives in Sandton, Johannesburg, which she calls “the richest square mile in Africa”. You can keep up with the star along with her 3.4 million followers on Instagram and her 1.7 million followers on Twitter.

Kudzai is a Zimbabwean businessman and musician and is the partner of Khanyi Mbau. The 28-year-old is also known as Ndege Boy and doesn’t appear to have social media at all. All eyes on whether than changes soon.

Diamond Platnumz is a 32-year-old Tanzanian musician. A huge star from the East African region, he also became the first sub-Saharan African artist to earn over one billion YouTube views in 2020, according to Billboard. Priding himself on his womanising ways, the musician – who has four children with three different women, including two with fellow cast member Zari Hassan – says in the trailer, “I am a player, I know myself.” Diamond Platnumz regularly posts on his Instagram, where he has over 14m followers, and Twitter.

2Baba (formerly known as 2face) is a Nigerian singer-songwriter, producer, and entrepreneur. In 2015, he became the first winner of MTV Europe’s Best African Act Award. The 46-year-old is married to actress and model Annie Macaulay-Idibia, and they have two children together: Olivia and Isabella. 2Baba has a total of seven children. With 7.2 million followers on Instagram, he is one of the most well-known of the bunch.

Annie is a Nigerian model, presenter and actress, and is also the wife of 2Baba. The couple, who wed in 2012, have two daughters together. The pair has had their share of marriage troubles – last year, Annie accused 2Baba of staying with his ex and their children while he was in the U.S. for a video shoot. She later apologised publicly on her social media. You can keep up with the 37-year-old on Instagram, where she has over seven million followers.

The 31-year-old rapper and television personality was born in South Africa to a Zimbabwean father and a South African mother. She has had comparisons to rapper Nicki Minaj and was nominated for 'Artist of the Decade' at the 2021 South African Hip Hop Awards. With over two million followers on Instagram, she has a large fan base behind her.

Quinton Masina is a radio personality and club DJ known as Naked DJ. This won’t be his first appearance on reality TV – he appeared in The Real Housewives of Johannesburg with his then-wife Naledi Williams in 2018. They divorced in 2019. His following isn’t as big as the other cast members, but still has a sizeable audience of 134k on Instagram. You can keep up with his adventures on Instagram.

Also joining the cast is South African footballer Kayleigh Schwark, who is the girlfriend of Naked DJ. While the show's trailer labels her a “socialite,” she is a human resources consultant, according to the Daily Mail. You can keep up with her romance and lifestyle on Instagram, where she has 17k followers.

Ugandan businesswoman, musician and socialite Zari is CEO of Brooklyn City College, an educational institute that she co-founded with her late husband Ivan Ssemwanga. The mother-of-five has dubbed herself “Zari the Boss Lady.” She explains in the show's trailer, “I always come out on top and that makes me a boss lady.” She has two children with ex-partner Diamond Platnumz. With over 10.2 million followers, she is very popular on Instagram.

Television personality and producer Andile Ncube was born and raised in Johannesburg, South Africa. He has had a number of hosting gigs over the years, including The Search: E! Host South Africa and The X Factor South Africa. He shares a daughter with model Rosette Mgomokotsi and a one-year-old son with socialite Sebabatso Mothibi. You can keep up with him on Instagram, where he has 165k followers.

Nigerian celebrity stylist Jeremiah Ogbodo is known as ‘Swanky Jerry’. The 30-year-old has worked with a number of Nigerian stars including Tonto Dikeh and Davido and refers to himself as “the God of Fashion”. One of his clients is fellow cast mate 2Baba, although we don’t know if they are friends or if it’s strictly business. He has over a million followers on Instagram, where he shows off his fashion and outfit designs.

Young, Famous & African will premiere on Netflix on March 18.

More like this
Move Over, 'Sunset'! The Drama-Filled Trailer For 'Selling The OC' Is Here
By Nola Ojomu
One Of 'Selling Sunset's New Cast Members Just Had A Baby With Nick Cannon
By Orla Pentelow and Brad Witter
'Selling Sunset's Jason Oppenheim Has A New Model Girlfriend
By Alyssa Lapid and El Hunt
This 'Bridgerton' Polin x 'Love Island' Crossover Is Everything
By Darshita Goyal
Get The Very Best Of Bustle/UK