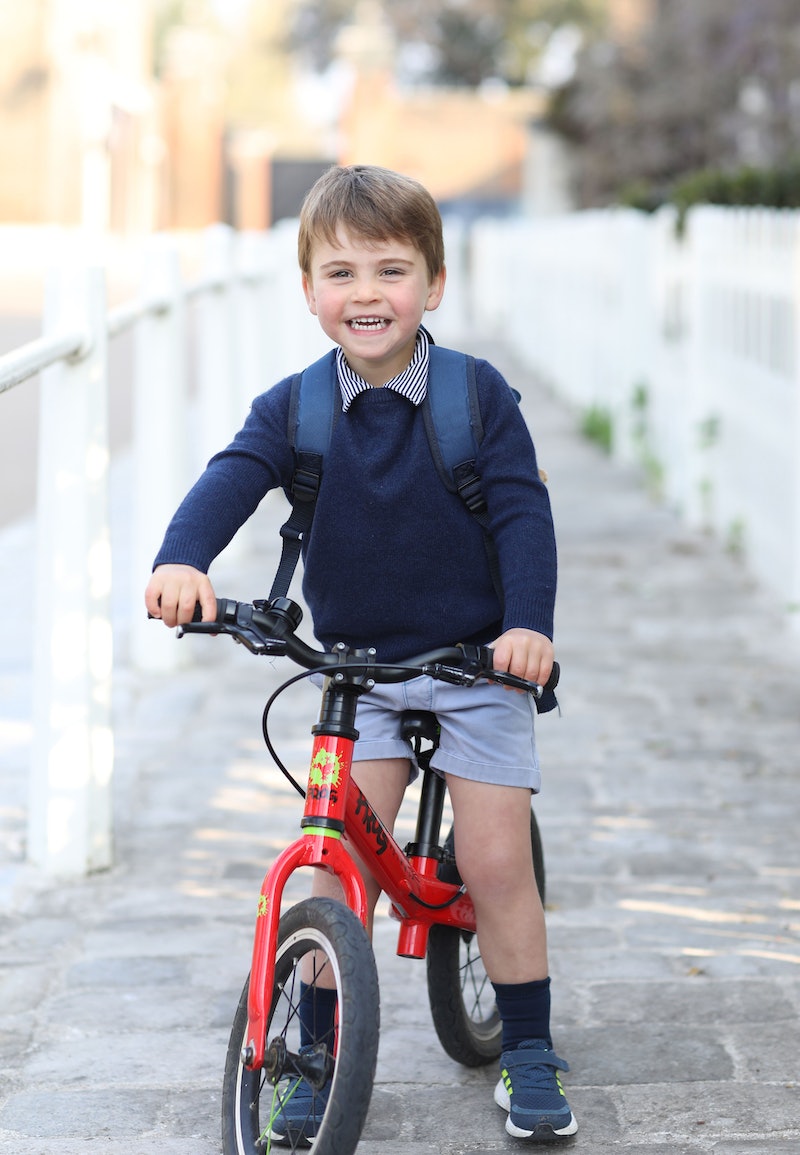 Today marks Prince Louis’s third birthday (I can’t believe it either) and, as per tradition, the Duchess of Cambridge has taken an adorable photograph of her youngest as he sets off for his first day of nursery.

Taken on the grounds of Kensington Palace on Wednesday (April 21), Louis can be seen excitedly grinning as he prepares to zoom off to school. The three-year-old (who is a dead ringer for his older brother George) looks extra smart and cute in a jumper and shirt combo with light blue shorts, a pair of comfy trainers, and a backpack.

Prince William and Kate Middleton said they were “pleased” to share the image of their youngest child, which was posted on their @KensingtonRoyal Insta handle, as well as other royal social media accounts.

Like Princess Charlotte, Louis will be attending Willcocks Nursery School, per BBC News, which is situated near the Royal Albert Hall in Kensington. Prince George attended Westacre Montessori School Nursery in Norfolk, near the Cambridge’s country home in Sandringham.

Each time, a photo has been taken of the children to celebrate this major milestone. As BBC News notes, Prince William was actually the “first prospective heir to the throne to attend a private nursery” in 1985, where he went to Minors Nursery School in Notting Hill Gate. Prince Harry followed suit at the same nursery two years later.