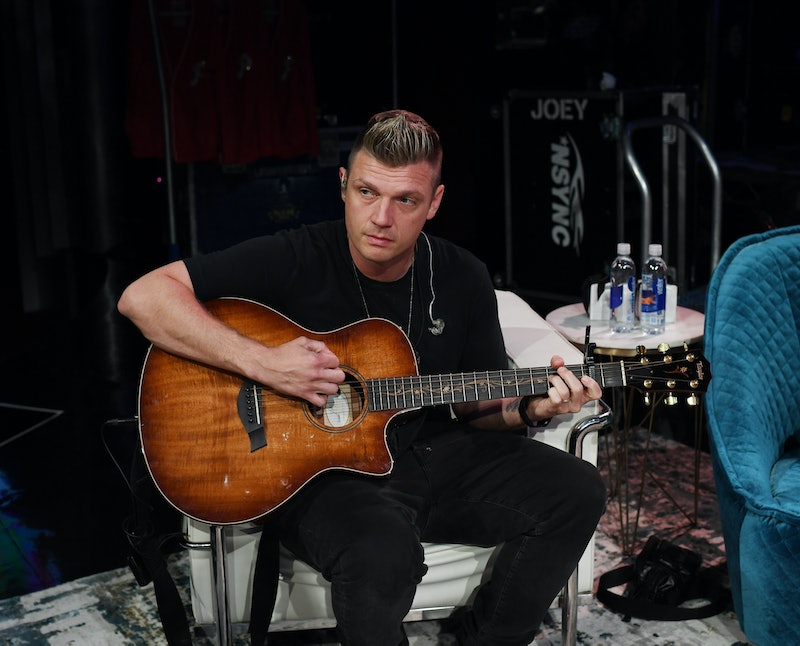 Warning: This story contains mentions of rape and sexual assault. Backstreet Boys member Nick Carter is facing an allegation of rape. In a sexual battery lawsuit filed on Dec. 8, Shannon Ruth alleged that Carter sexually assaulted her on his tour bus after a 2001 Backstreet Boys concert when she was just 17. Carter, who is 42 now, would have been 21 at the time.

In court documents obtained by Rolling Stone, Ruth, who is now 39, claims that she was waiting in an autograph line after the concert when Carter invited her to his bus and asked if she wanted a drink. Ruth says she was given what he called “VIP juice” and suspected there was alcohol in the drink. She alleged that Carter then brought her to the bathroom and demanded that she perform oral sex on him, before moving to a bed, where she says he “pushed” her down and continued to sexually assault her as she “begged him to stop.”

Carter has denied all allegations. “This claim about an incident that supposedly took place more than 20 years ago is not only legally meritless but also entirely untrue,” Carter’s attorney Michael Holtz said in a statement to Bustle. “Unfortunately, for several years now, Ms. Ruth has been manipulated into making false allegations about Nick — and those allegations have changed repeatedly and materially over time. No one should be fooled by a press stunt orchestrated by an opportunistic lawyer — there is nothing to this claim whatsoever, which we have no doubt the courts will quickly realize.”

As a result of the lawsuit, ABC has pulled the Backstreet Boys’ Christmas special A Very Backstreet Holiday, which was scheduled to air on Dec. 14. Carter’s fellow BSB members Kevin Richardson, AJ McLean, Brian Littrell and Howie Dorough have yet to comment on the allegation.

During a press conference held in Los Angeles with her lawyer, Ruth, who is autistic and has cerebral palsy, said Carter’s alleged actions have affected her more than anything else in her life. “The last 21 years have been filled with pain, confusion, frustration, shame, and self-harm that are a direct result of Nick Carter raping me,” she said. She then accused the singer of demeaning her when she told him she would report the incident. “After he raped me, I remember him calling me a ‘retarded bitch’ and grabbing me and leaving bruises on my arm,” she claimed.

Carter faced a similar allegation in 2018, when former singer Melissa Schuman filed a police report accusing him of raping her in the early 2000s, when she was 18 and he was 22. He also denied Schuman’s claims, calling their relationship “consenual,” and he was not charged for a crime, as the case was dismissed by the Los Angeles District Attorney after the statue of limitations had expired.

More like this
Twitter Can’t Believe The Madonna Biopic Is Scrapped & Fans Have A Solution
By Alyssa Lapid
Twitter Is Divided Over Madonna’s Controversial 'Vanity Fair' Cover
By Alyssa Lapid
Vanessa Hudgens Shades Austin Butler's Elvis Accent With One Word
By Alyssa Lapid
Cruz Beckham Teased New Music With An Adorable Nod To Mom Victoria Beckham
By Stephanie Topacio Long
Get Even More From Bustle — Sign Up For The Newsletter
From hair trends to relationship advice, our daily newsletter has everything you need to sound like a person who’s on TikTok, even if you aren’t.