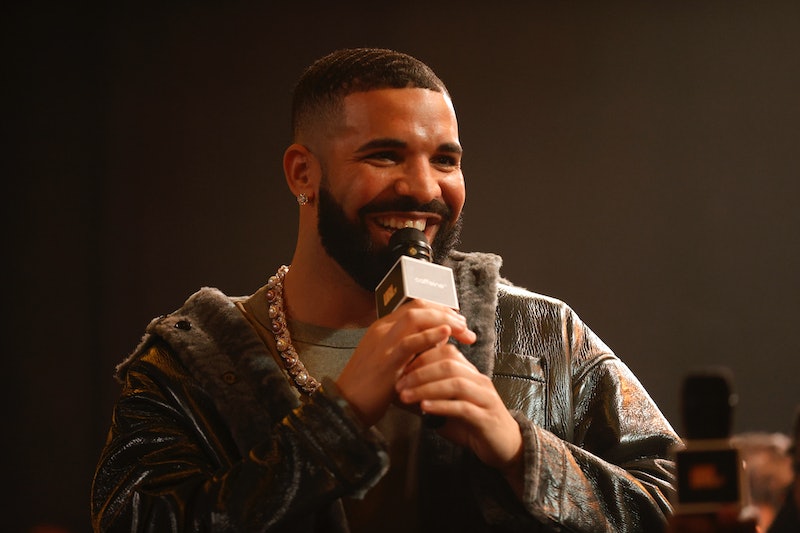 Backstreet Boys fans got to see an unexpected sixth BSB at their Toronto concert on July 2: Drake. The rapper took the stage in his hometown to perform “I Want It That Way” alongside Nick Carter, Howie Dorough, AJ McLean, Brian Littrell, and Kevin Richardson, much to the delight of the audience. It was, in the words of one fan, “some sort of weird dream come true.”

The unexpected collaboration came during the Backstreet Boys’ DNA World Tour, which is in support of the band’s most recent album, but it was one of their classic tunes that got Drake involved. When he came onstage, Drake recounted the time he danced to “I Want It That Way” with his crush at his bat mitzvah and called it one of the greatest songs ever, according to TMZ. During the performance, he let BSB do most of the singing, but he danced along and was clearly having a great time, especially when Dorough added in some lines from Drake’s 2013 hit “Hold On, We’re Going Home.”

Afterward, the four-time Grammy winner shared the experience in his Instagram stories, starting with one showing a photo of him with the group and the words, “I really made it…” Drake then followed it up two more stories showing footage from their onstage collaboration, including him singing the iconic ’90s song’s final lyrics. Another angle of the last clip got a spot of honor on his grid, where he joked, “When she says she’s over men in this generation and asks why I live alone…”

The Backstreet Boys also showed off footage of their performance with Drake. “What’s better than I Want It That Way?” BSB’s official Twitter account shared. “I Want It That Way… . f/ @Drake.” Meanwhile, Carter individually thanked Drake (aka “the KING of Canada”) “for making tonight one for the books.”

Across social media, numerous fans raved about the surprise performance. “We’ve all been singing ‘i want it that way’ since we were kids but drake just REALLY hit the ‘i want it that way,’” record producer Benny Blanco commented on Drake’s grid post. Real Housewives of Beverly Hills star Lisa Rinna added four red heart emojis, and another Drake fan wrote, “Legend. Truly living your best life.”

On Twitter, thrill at the unexpectedness of Drake showing up to sing with the Backstreet Boys was a common theme. “I don’t know what this is but BSB were my childhood bfs and Drake is my adult bf so this is some sort of weird dream come true LMAO,” one person wrote. Another fan tweeted, “Didn’t have this on my bingo card but I’m here for it.” Still another wrote, “What is this magic and how do I get tickets!?”

While Drake and the Backstreet Boys together was likely a onetime thing, the DNA World Tour is continuing, filling millennial hearts along the way.

More like this
Shakira Joked About An Early 2000s Video Of Her First Camera Phone Encounter
By Stephanie Topacio Long
Selena + Chef Season 4 Was Filmed At Hannah Montana's Old Malibu House
By Jake Viswanath
Lauv Is No Stranger To Taylor Swift, Drake, Ed Sheeran, & Fame
By Alyssa Lapid
Josh Peck Shows Love To Jennette McCurdy After Her Shocking 'iCarly' Revelations
By Radhika Menon
Get Even More From Bustle — Sign Up For The Newsletter