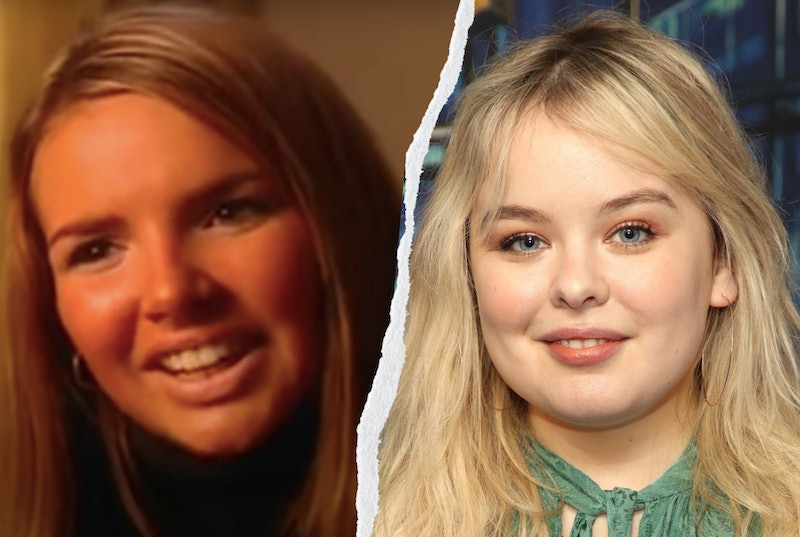 Whether she's playing a shy and quiet Penelope Featherington in Bridgerton or everyone's favourite "wee lesbian" Clare Devlin in Derry Girls, Nicola Coughlan has pretty much charmed the nation. The Irish actor, who's originally from Galway, is often asked how she manages to perfect her character's various different accents, and, it turns out, Nicola Coughlan's Derry Girls accent is actually based on an Irish pop star.

The Northern Irish accent is quite tough to master but Coughlan has revealed that she took inspiration from an iconic moment in Irish pop history (and hun culture): Nadine Coyle's "Gemini" interview. And now I know, I can't unhear it...

"There was an extremely controversial incident in the noughties in Ireland," Coughlan explained. "I feel like it was the first Irish sort of pop culture TV moment, it was Popstars the Irish version. So she went on and lied about her age, but she got found out on camera."

Coughlan then delivered a flawless impression of the shocking reality TV moment which saw Nadine Coyle kicked out of Irish band Six due to being younger than the required age.

"She had got into the band and then her on-camera interview, the first one to introduce yourself and who you are," Coughlan explained to Norton. "She said: 'My name is Nadine Coyle, I’m from Lark Hill in Derry, my date of birth is 15/6/85 making me a Gemini.' And then she thinks for a second and goes 'What date of birth did I say' and then it fades and she’s outed herself on camera. But everyone lost the plot."

Whilst Derry Girls is currently preparing for its third season, Coughlan is seemingly enjoying the overwhelmingly positive response to her role as Penelope Featherington on Bridgerton — an accent she says she found quite easy to do.

Speaking to Bustle, she said: "I didn’t realize but the crew on set for Bridgerton found it hilarious when my Culchie accent would come out whilst wearing these grand costumes with my silk gloves."

On her clear mastery of accents, she said: "Sometimes I watch videos on Instagram with the sound off and try and guess the accent because people move their mouths in different ways."

We can't wait to see which accent she picks up next.

More like this
Twitter Is Burning As Phoebe Dynevor Reveals Daphne’s 'Bridgerton' Exit
By Sophie McEvoy
Helena Bonham Carter Doesn't Think 'The Crown' “Should Carry On"
By Sam Ramsden
This 'Emily In Paris' x Blackpink Crossover Is Beyond Iconic
By El Hunt
Emily Atack’s Net Worth Would Make Charlotte Hinchcliffe Proud
By El Hunt
Get The Very Best Of Bustle/UK
Sign up for Bustle UK's twice-weekly newsletter, featuring the latest must-watch TV, moving personal stories, and expert advice on the hottest viral buys.