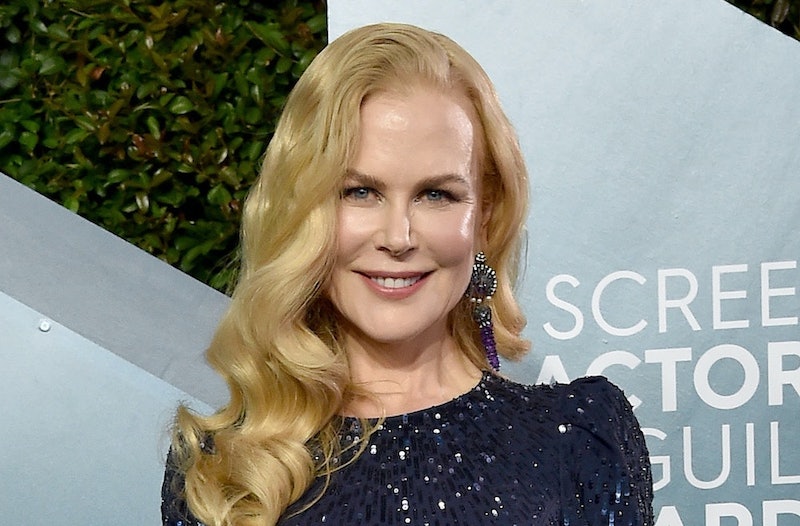 Taking on the roles of women experiencing trauma had a very real impact on Nicole Kidman's physical and mental health. On Monday, Jan. 11, the actor revealed on the WTF with Marc Maron podcast that playing Celeste Wright in Big Little Lies and Grace Fraser in The Undoing took a major toll on her well-being — mostly because it was difficult to disassociate from the characters after filming each day.

On HBO's psychological thriller limited series The Undoing, Kidman played a therapist whose husband (Hugh Grant) is accused of murder. She told Maron that the part caused a "disquietness to my personality where I was uneasy, and there was duress on who I was." On the twisty drama series Big Little Lies (also an HBO program), Kidman played a lawyer and mother of two who is physically and mentally abused by her husband (Alexander Skarsgård).

"I actually got really sick, and I think this is a big thing that happens to actors," Kidman said of the heavy roles. "I went down for a week because your immune system doesn't know the difference between acting and truth when you're doing those." The actor has yet to find a method to shut the roles off at the end of the day. "I have not learned a technique to tell my brain and my body, 'Oh this is just acting.' I haven't learned how to clean that out," she said. "I go home and I don't sleep well, and I'm not well if [the role is] disturbing to me."

Kidman also said that it was difficult to shake her character as Erin Bell, a detective bent on exacting revenge against a gang in the 2018 crime film Destroyer. "That was awful being in that place," she said. "I didn't want it to feel like acting. I would growl and moan. I was a very unpleasant person during that time." Kidman added that the contrast in her recent role as Angie in Ryan Murphy's musical film The Prom has been a blast. "I just go, 'Great I get to dance and I get to love everybody,' and I get to go, 'Come here, let me hug you, it's all gonna be alright,'" she said.

Kidman appears to already be eyeing less heavy roles, too. According to Deadline, Kidman and Javier Bardem are in negotiations to play Lucille Ball and Desi Arnaz in Aaron Sorkin's upcoming Amazon Studios film about the famous comedic couple, Being the Ricardos. The role would be a major change of pace, indeed.