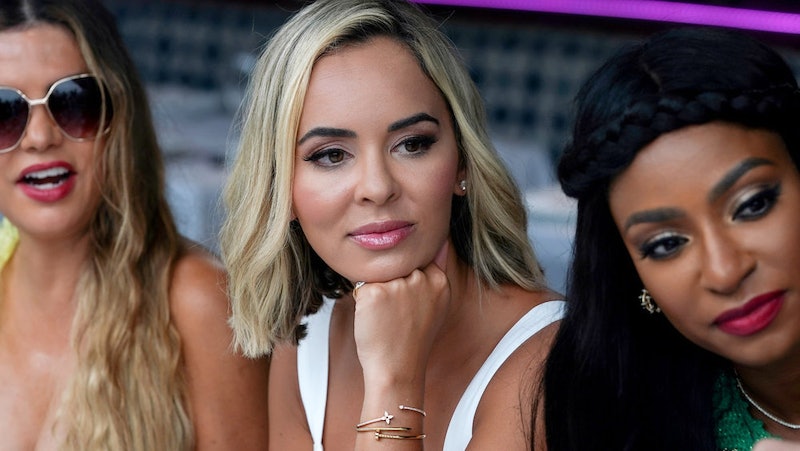 After an eight-year hiatus, The Real Housewives of Miami are finally returning to Peacock for their fourth season. While some familiar faces will be returning, like Larsa Pippen and Lisa Hochstein, RHOM will be introducing some new cast members in Season 4. Which brings us to Dr. Nicole Martin, the South Beach medical professional taking her talents from the doctor’s office to the cameras of reality television.

Dr. Nicole Martin has an extensive background in medicine. Per Screenrant, she’s currently employed at the University of Miami Hospital and Clinics as an assistant professor of clinical anesthesiology, which seems apt given that she is a board-certified anesthesiologist. According to U.S. News, before she began practicing professionally, she earned her degree from the University of Miami School of Medicine. She completed her first residency at Jackson Memorial Hospital before completing a second residency at Emory University.

If her Instagram is any indication, it’s clear that Nicole has a partner. She’s shared several photos of a man named Anthony Lopez, an insurance attorney in Miami. That said, unseen on her Instagram is any sort of ring on her left hand, meaning the duo may not be married. His first appearance on her feed was back in December 2015, indicating a relationship that’s lasted at least six years. Despite their unclear relationship, the duo do have a family together; in February 2019, Nicole announced the birth of their son, Greyson, on her social media. Clearly proud of her family, Nicole’s feed is full of pictures displaying herself, Anthony, and Greyson all together at the beach, during Christmas, and with the family dog.

What Will She Bring To RHOM?

As for what Dr. Nicole will bring to the series, the trailers are already showing a lot of drama. Nicole features heavily in the early moments of the promo, when she’s told that she’s the least-trusted member of the main cast. Maybe that may have something to do with her being a newcomer for Season 4, or she may do something over the course of the season to lose favor with some of her castmates. Later in the trailer, we see Dr. Nicole reconvene with her father, with whom she appears to have a strained relationship. As Nicole explains in the trailer, she and her father don’t necessarily see eye-to-eye after he was sent to jail. She also appears to have issues with his propensity to drink. In the brief sequence between Dr. Nicole and her father, she bemoans his lack of sobriety and slurred speech, stating, “You can’t even say the words.”