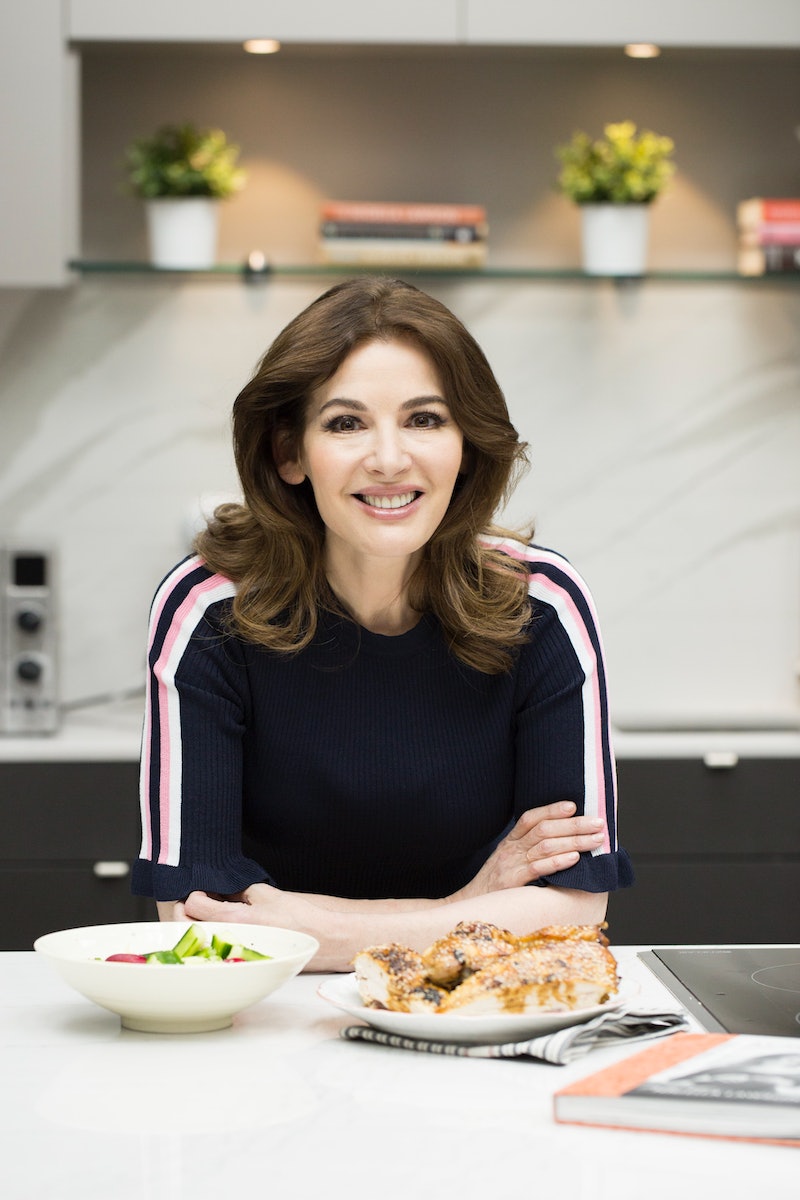 Just in time for the clocks to go back and leaves to turn a crisp orange, the queen of all things cosy, Nigella Lawson announced her new book and series, Cook, Eat, Repeat. Ahead of her new show, the TV cook got deep in an interview with Good Housekeeping. Nigella Lawson revealed she never took reaching 60 for granted because of the deaths of people close to her. She explained that her experiences have taught her a lot about enjoying the moment and the people you’re with.

Lawson is Good Housekeeping’s December cover star. She’ll return to your screens on Nov. 9 with Cook, Eat, Repeat. And when talking about the festive season in her house she explains, “I’m not a planner – apart from when it comes to food. But to be completely honest, I’ve never been able to take for granted that I’d be alive by this age.”

The iconic TV cook and author explained that as her mum died at 48, her sister died at 32, and her late husband John Diamond died at 47 she didn’t “think I would have seen myself here.” However, it seems to have given her a unique approach to ageing. “it feels wrong when you’ve been surrounded by people who have died young to say ‘My hair’s awful, I’ve got to get my roots done’ or ‘My hands look like lizards’. So I don’t dwell on it. As long as you’re healthy, that really is the most important thing."

Lawson has said that cook, eat, repeat is the mantra to her life and the new series and cookbook will include some delicious offerings such as a Chocolate Peanut Butter Cake, Crab Mac’n’Cheese, and Fea- Free Fish Stew. She spent lockdown offering out advice to panicked cooks on Twitter and told Good Housekeeping, “it was odd because I was living remotely, but feeling much more connected.”

You can watch Cook, Eat, Repeat on BBC Two on Nov. 9 at 8 p.m. Lawson's new cookbook is available to buy now.