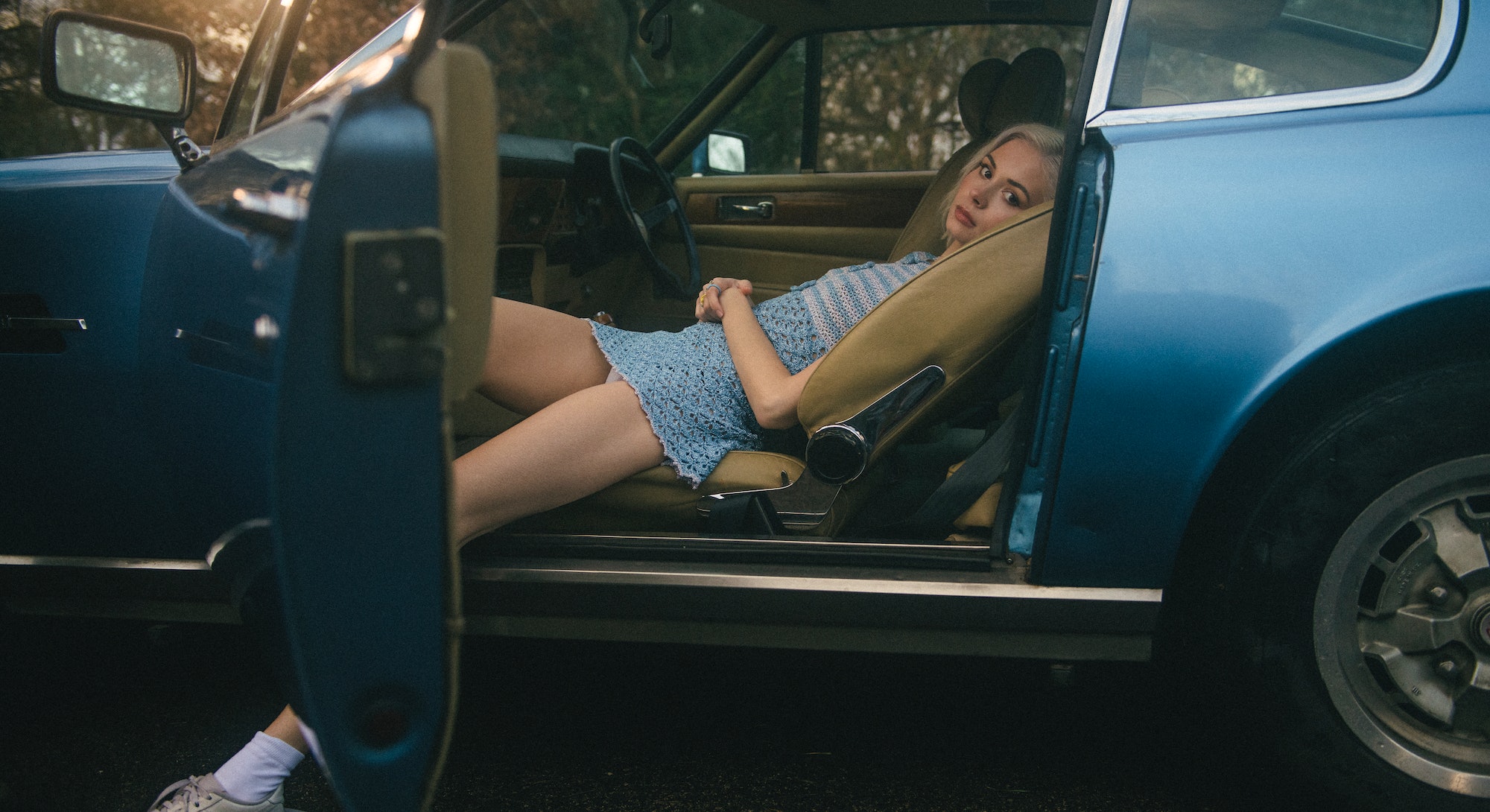 The global COVID-19 pandemic changed how everyone operates. Millions were forced to vacate offices, many left major cities, and some moved back in with their parents — even pop stars. “I’m currently staying at my mom’s house, and I’ve set up a little studio in the cat’s room,” singer-songwriter Nina Nesbitt tells Bustle via Zoom from that home near London. “So that’s where [my new single ‘Summer Fling’] was made. It was written, produced, and formed in the cat’s room, not where I expected to be making my third album, but you know, COVID.”

“Summer Fling” serves as a tasty sample of her forthcoming still-untitled album, a fresh song to kick off her next music era. The track couldn’t have arrived at a better time, as it lends itself perfectly to the warmest months of the year. That’s no coincidence.

“I wrote it dreaming of summer, somewhere else,” Nesbitt explains. “I wrote it one day when the weather was sh*t and I needed summer in my life.” Everyone required a bit of a pick me up back in April, when she originally penned it, with the foresight of knowing fans likely wouldn’t want a sad pop bop to jumpstart the season. “People don’t deserve to be done dirty like this and be sent ballads right now. They need positive vibes.”

“Summer Fling” relies heavily on influences from the ’80s, a period that Nesbitt (who was born in 1994) admires and wishes she could have experienced first-hand. It’s synth-heavy and upbeat, and while it may be referencing an era that ended decades ago, the single still manages to feel very “now,” as everything that was once cool finds a way to come back.

It’s clear the video incorporates other influences too. The hair, makeup, and clothing are nods to the ’70s, and her aerial acrobatics in a hoop was inspired by another star. “I saw Pink live on tour when I was like 13, and I remember thinking, ‘This is the most incredible thing ever. I want to do that!’” In order to pull off her tricks, the Scottish musician trained for weeks, getting into what she calls the “best shape of her life.” After including ballet (“Loyal To Me,” below) and horseback riding (“Is It Really Me You’re Missing”) in past music videos, she wanted to try something new to challenge herself.

From the clothing to the movement to the otherworldly production design, the “Summer Fling” video has a kitsch quality to it that brings whimsy to the treatment. Nesbitt isn’t taking herself too seriously, and her intent allows the viewer to relax with the clip.

This era is set to be huge for Nesbitt, and it could see her evolve from a rising talent to a bonafide force in the pop universe. Since releasing her The Sun Will Come Up, the Seasons Will Change album in 2019, Nesbitt has been incredibly busy, and she’s reached new highs even she didn’t anticipate. Nesbitt found a wider audience by lending her songwriting and vocal talents to popular DJs and electronic producers like Don Diablo, Jonas Blue, Sigala, NOTD and recently, R3hab (“Family Values,” below). She admits that while she enjoys these collaborations on an artistic level, there are other reasons why she’s always saying yes. “With streaming, you have to keep going, but I can’t write an album that I love and I’m proud of every six months or even every year. I want to take time and craft it to be something I think is great and that deserves a place in the world.”

Nesbitt also received an important shout-out from one of the biggest musicians on the planet: Taylor Swift. As Swift accepted her Woman of the Decade honor at the 2019 Billboard Women in Music Awards, the Grammy winner name dropped Nesbitt as a female musician whose work she loves, alongside powerhouses like Lizzo, Dua Lipa, Rosalia, and Billie Eilish. As if that wasn’t showing enough love, the Swift also included Nesbitt on a playlist she released of songs she was loving at the time. All of this attention led to a slew of articles and a spike in followers on social media and streams on Spotify and Apple Music, and it’s something she still has a hard time believing.

“I’m still recovering from that, by the way. That was insane,” Nesbitt shares, smiling before revealing that Swift is “literally the reason I picked up a guitar.” After learning that the country/pop/alternative artist not only played her own instruments but also wrote her songs, Nesbitt had an epiphany, even though she was only a teen. “That was the moment for me when it clicked. I was like, ‘This is what I want to do.’”