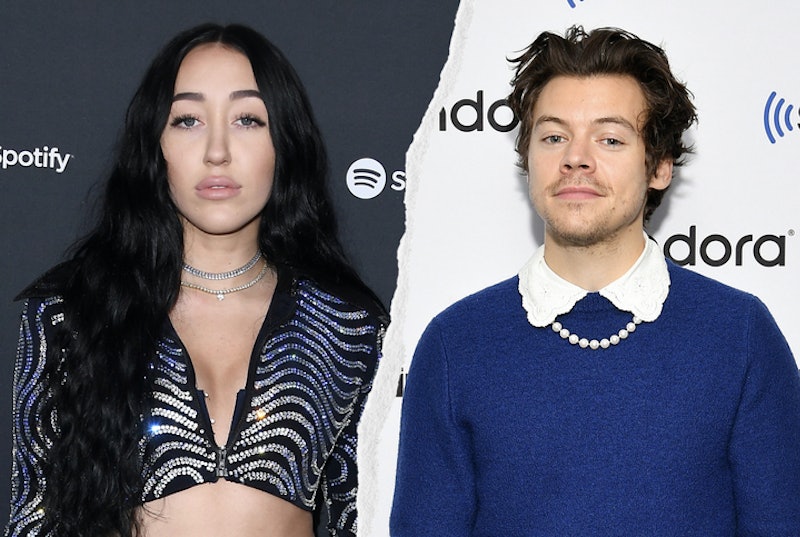 Singer-songwriter Noah Cyrus said she is "so sorry" for using racist language while defending Harry Styles. Earlier this week, Miley's younger sister waded into the discourse of Styles' December Vogue cover — one that featured him in a Gucci dress, prompting conservative commentator Candace Owens to call for the return of "manly men." After Cyrus shared Styles' cover on her Instagram story and noted that he wore "this dress better than any of you nappy ass heauxzs," her use of a term with racist connotations sparked backlash online.

Cyrus has since taken to Instagram to issue an apology. "I am mortified that I used a term without knowing the context and history, but I know now and I am horrified and truly sorry," she wrote on Thursday, Dec. 3, before promising not to use the phrase ever again. "Thank you for educating me," she added. "I in no way meant to offend anyone. I am so so sorry."

The "Make Me" singer's apology came after Owens responded to her comments on Twitter earlier that day, calling on Miley to "come get" her sibling. "Any one of woke liberals care to explain to me how @noahcyrus calling me a 'nappy ass hoe' is not racist?" the commentator tweeted. "I'm all ears. You guys love cancel culture. @MileyCyrus come get your sister!"

Owens first tweeted out her controversial "bring back manly men" tweet early last month, but it has sparked more conversations in the wake of Styles' latest interview with Variety. The British singer-songwriter, hailed as the publication's Hitmaker of the Year, responded to Owens' comments directly while speaking to the outlet on Wednesday, Dec. 2. "To not wear [something] because it's females' clothing, you shut out a whole world of great clothes," he said. "And I think what's exciting about right now is you can wear what you like."

Styles continued to explain that fashion doesn't have to be limited by a strict binary. "It doesn't have to be X or Y," he said. "Those lines are becoming more and more blurred." The "Golden" singer also shared a photo from the Variety spread on Instagram, captioning his post with a not-so-subtle nod at Owens' tweet. In the image, Styles is donned in a blush blue suit over a white frill shirt. "Bring back manly men," he wrote.

More like this
Harry Styles’ Red Carpet Looks Have One Thing In Common
By El Hunt
'The Bachelor's Peter Weber & Kelley Flanagan Are Reportedly Back Together
By Grace Wehniainen
Gisele Bündchen Appears To Address Those Tom Brady Divorce Rumors
By Radhika Menon
Everything To Know About Taylor Swift’s 10th Studio Album, 'Midnights'
By Grace Wehniainen and Jake Viswanath
Get Even More From Bustle — Sign Up For The Newsletter