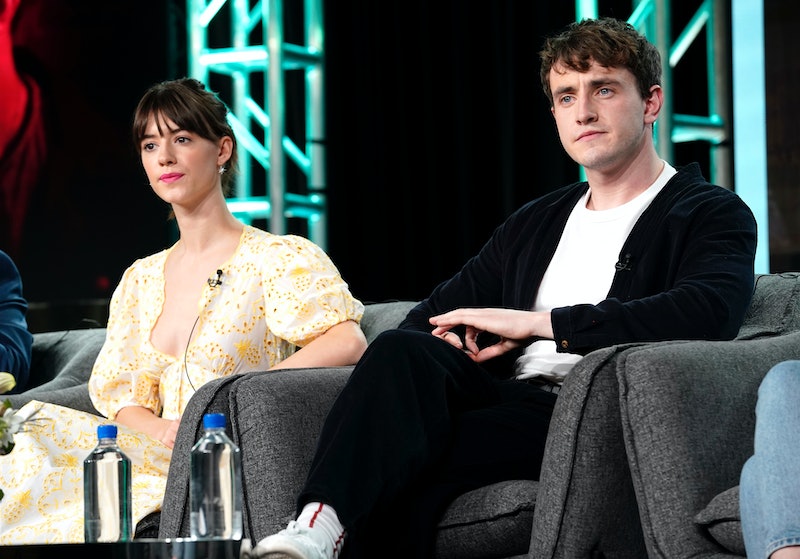 It’s hard to imagine life before Normal People. The BBC’s adaptation of Sally Rooney’s award-winning novel has been a highlight of lockdown and has created a fandom which includes Kourtney Kardashian and Jodie Comer. As the 2020 Emmys nomination lists were released the show got the recognition it deserved. However, there was one surprising absence. Paul Mescal has now spoken about Daisy Edgar-Jones' Emmy snub, saying she should be recognised for her “phenomenal” work. It’s clear that Mescal has Edgar-Jones’ back just as Connell has Marianne’s and while he’s ecstatic at his own nomination, he attributes so much of the success of Normal People to her talent.

Mescal is nominated for Best Lead Actor in a Limited Series and is in seriously impressive company. Hollywood’s Jeremy Pope, Mark Ruffalo, Hugh Jackman, and Jeremy Irons are nominated alongside him. Similarly, Normal People has picked up a nomination for Best Limited Series and director Lenny Abrahamson has been honoured. Mescal said he’s “so excited” about the news of his nomination but also raised the fact that his co-star Edgar-Jones hadn’t been recognised. Speaking to Vulture he said, “if it was me I would have given her all the love in that category. I can’t speak highly enough of the work she did on the show. I know there are extraordinary actresses nominated in that category, but I think Daisy’s work is just phenomenal in this.”

Normal People was a total sensation this year. So, it feels right that it's being honoured. However, it is something of a surprise that Edgar-Jones missed out. But it's not stopping the actor sharing in Mescal's joy at his nomination. In a post on Instagram she wrote, “I could not be more proud of these two utterly incredible people, working with you both has been one of the greatest joys of my life. Also huge congrats to @louisekielycasting, you’re incredible, and also Sally and Alice and @element_pictures, we smashed it.”

As Normal People was Mescal’s first lead acting credit in a TV show, to achieve an Emmy nomination is huge. Stans of Connell and his chain have been seriously excited. However, some have been quick to point out a pretty egregious mistake in the way his nomination is being reported. Derry Girls actress Nicola Coughlan screenshotted an article describing Mescal as British. She wrote, “Why is this still happening in 2020? Just stop calling Irish people British there’s no excuse.” It has since been corrected.

Normal People fans will be able to see if Mescal wins big when the 72nd Emmys airs on Sept. 21.

More like this
Everything To Know About The 'Daisy Jones & The Six' TV Series
By Maxine Harrison and Brad Witter
'Abbott Elementary' Fans Probably Missed This 'Parent Trap' Easter Egg
By Sam Ramsden
Adam Ali Hopes 'Waterloo Road' Will “Subvert” Queer Misconceptions
By Sam Ramsden
The Song At The End Of 'The Last Of Us' Ep 1 Has A Deeper Meaning
By Sophie McEvoy
Get The Very Best Of Bustle/UK
Sign up for Bustle UK's twice-weekly newsletter, featuring the latest must-watch TV, moving personal stories, and expert advice on the hottest viral buys.