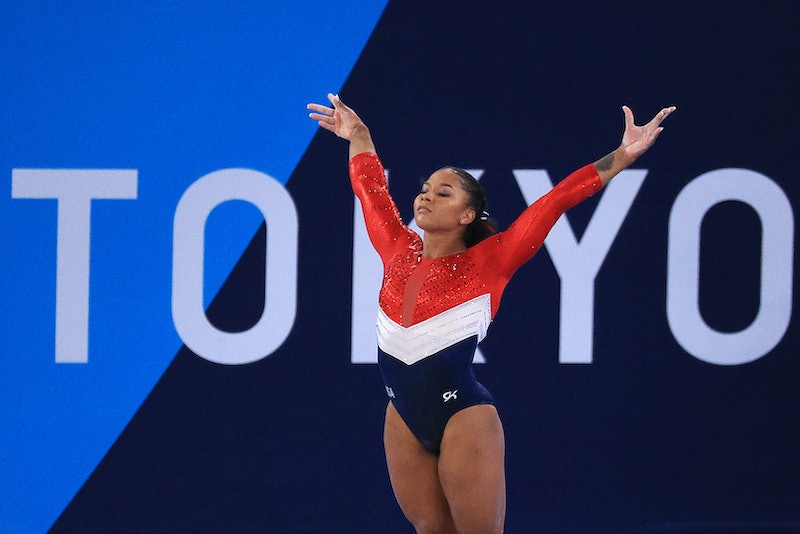 Gymnast Jordan Chiles helped earn her team a silver medal at the Tokyo Olympics — but even though the games are over, she keeps on winning. She can now say she has celebrity fans, including one of her favorite singers, Normani.

Early on in the Olympics, Chiles realized that Normani had recently befriended her on Instagram, beginning with a follow and direct message, she recounted during a July 28 Access interview. The gymnast didn’t even register it as real life until some time after it happened (relatable to anyone who ever checks their phone at 3 a.m.). “I got up, I went to go get breakfast, came back, it was her,” she said, detailing the dreamlike experience of seeing the singer in her DMs. “My day is made, I can go back to bed now,” she joked.

It turned out Normani’s DM was a simple heart-eye emoji reaction to a photo of Chiles with teammate Simone Biles, but that was just the start of their budding friendship. During a celebratory Access interview after the Olympics, Chiles was treated to a surprise video message from Normani herself — and understandably, the athlete got pretty emotional. However, Normani herself seemed just as starstruck in her recording.

“Hey Jordan! Hey girl hey,” the singer began. “I am freaking out right now. I’m really trying to keep my composure because I’m actually a super fan and I’m really proud of your journey. Congratulations on winning silver in Tokyo! I see you, girl.”

In addition to highlighting Chiles’ accomplishments so far, Normani encouraged her to keep on going — because who better than the “Motivation” singer to, well, motivate you? “Keep up the great work. ... Continue to work hard, continue to exude Black girl magic because you make me very, very proud,” she said. “And I’m living through you because I used to be gymnast, but sis, I knew I wasn’t going to the Olympics, so, yes, you make me very proud living through you. I love you so much. I’m sending you many hugs and kisses. Be great.”

Now, the connection between the fast friends doesn’t seem to be slowing down anytime soon. Since the follow, Chiles captioned one of her recent post-games with a lyric from Normani’s “Wild Side” — “shoot your shot ‘cause I’m bulletproof” — to which the singer herself responded with the next line.

Toward the end of her interview, Chiles proved that she had a surprise or two to dish out herself. After noting how Access host Scott Evans had brought cutouts of Simone Biles’ dogs, Lilo and Rambo, to the games to cheer her on, Chiles introduced a clip of her teammate thanking him personally. “I missed them so much and it was such a joy to see,” Biles told Evans.

Next up for Chiles is the Gold Over America Tour, in which Chiles, Biles, and several of their fellow gymnasts will travel to gym clubs across the country celebrating the sport. “It’s time to do it our way and let the gold inside each of us shine,” she wrote on Instagram.

Who knows? Maybe they’ll see Normani in the audience along the way.