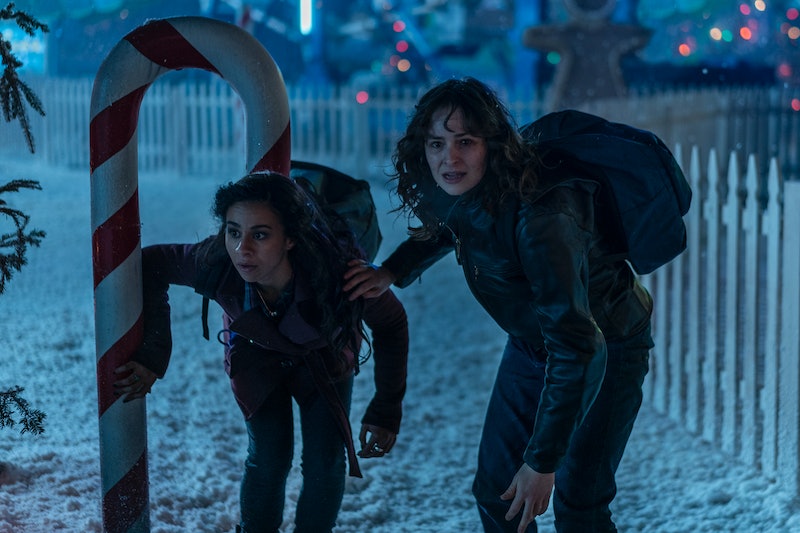 Update: According to The Hollywood Reporter, NOS4A2 has been canceled after two seasons.

Earlier: Though AMC has not yet announced if NOS4A2 will return for Season 3, showrunner Jami O'Brien is confident there is more story left to tell. "I think that [creator] Joe [Hill] left us a pretty big canvas to continue telling stories, even in the event that we do finish the book," O'Brien explained to ComingSoon.net in July. "Right now, we don’t have a season three pickup ... but I do think that there are lots of stories to tell in this universe.”

Does that mean that future seasons could focus on a different lead protagonist? Maybe. NOS4A2 began with Vic McQueen, a gifted young woman who discovers she has the supernatural ability to find lost things. This puts Vic on a collision course with Charlie Manx, an immortal demon who kidnaps children and turns them into little fanged monsters in his hidden Christmasland. He adbucts Vic's son Bruce Wayne in Season 2; though Vic and the seer Maggie manage to find Wayne, wound Charlie, and destroy Christmasland in the penultimate episode, Wayne shockingly stabs Vic. In the book, Vic dies not too long after she leaves Christmasland, so it's unclear how much the show adaptation will diverge from Hill's source material.

And beyond that, they "still have a long way to go to get out of that park," O'Brien explained to TVInsider. "I think that they have won the battle, but the war is still on. They’ve injured Charlie Manx. Christmasland is burning. Vic is at the front gates with Wayne ... [but] he’s still part-demon. He could still turn at any time."

It's unclear how much of this will be resolved in the finale, and how much will be left in the air for a potential Season 3. Timing may be off due to the ongoing pandemic, but based on past patterns, it seems possible that AMC could soon announce if it's been renewed. Last year, O'Brien announced Season 2 during the NOS4A2 Comic-Con panel; while this year's virtual Comic-Con panel didn't contain similar news, AMC may just be waiting for the season finale to air to make any official announcement.

In the meantime, fans will have to cross their fingers that Vic lives to see another season. While there are plenty of other characters to follow in a future season — like Maggie, detective Tabitha Hutter, and Charlie's daughter Millie — it doesn't really feel like Vic's story is over just yet.

"At the end of Season 2, we find Vic committed to her family, and committed to being a mother, even though that’s scary to her," O'Brien told TVInsider, noting that she gave up drinking for Wayne. "It’s a task that she’s committed to, but I’m sure that she will face challenges in her life as she moves forward."