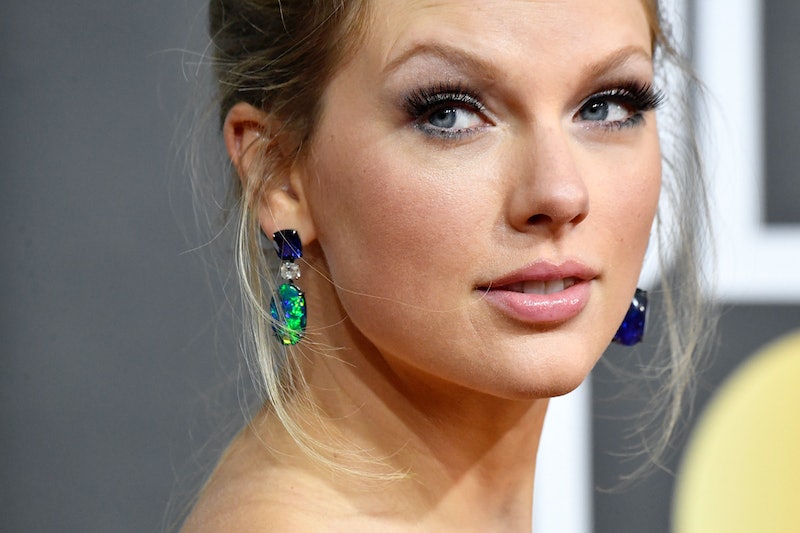 Italian restaurant chain Olive Garden has officially responded to Taylor Swift's Evermore shoutout in "No Body, No Crime" — and the discourse will make you crave some bottomless breadsticks. The restaurant became a trending topic on Twitter following the debut of Swift's surprise ninth studio album and companion piece to Folklore, on Friday, Dec. 11. In "No Body, No Crime," a country-twanged murder ballad featuring sister music trio Haim, Swift sings, "Este wasn't there, Tuesday night at Olive Gardеn." It has since sent fans (and Olive Garden) into a collective frenzy.

One Twitter user tweeted at the restaurant chain and asked how it felt to be name-dropped by Swift. Olive Garden responded with a famous line from the 2001 Reese Witherspoon film Legally Blonde. "What, like it’s hard?" they asked. Another Twitter user then inquired about the restaurant chain's favorite song from the new album. The answer is pretty clear, but Olive Garden confirmed it's "No Body, No Crime" for good measure. "We're listening, (to track 6) on replay — eating our feelings in breadsticks."

So, how did the Olive Garden nod come about? Swift told Entertainment Weekly on Friday that the restaurant choice came from Este Haim, one-third of the Haim sisters and the name of the central character in the song. "I wrote a pretty dark murder mystery song and had named the character Este, because she's the friend I have who would be stoked to be in a song like that," Swift said. "I had finished the song and was nailing down some lyric details and texted [Este], 'You're not going to understand this text for a few days but which chain restaurant do you like best?' and I named a few."

After she chose Olive Garden, Swift sent her the song a few days later and asked if the group would like to sing on it. "It was an immediate 'YES,'" Swift said. "We can't figure out why we hadn't collaborated sooner. We've toured together, played live together, [and] choreographed dances like we're at summer camp, but it took a song about avenging your friend's murder to give us the idea to take this step." She added, "Long story short, I'm the fourth Haim sister now, confirmed."

On that note, here's one departing tidbit to haunt your Evermore consciousness: Olive Garden was founded on Dec. 13 in 1982 — the same month and day as Swift's birthday.