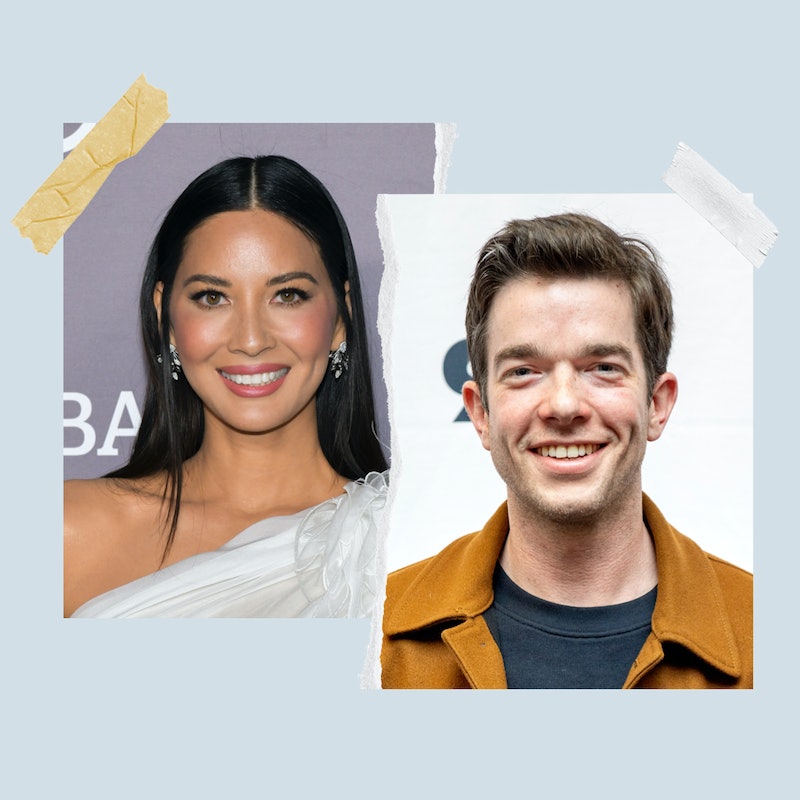 Olivia Munn and John Mulaney are ready to share their baby boy with the world. On Dec. 24, the Love Wedding Repeat star and the Saturday Night Live comedian gave their followers the first glimpse at their son, Malcolm Hiệp Mulaney, who they reportedly welcomed into the world last month. According to several reports, the two became first-time parents on Nov. 24, exactly one month before they shared the first photo of their newborn on social media.

“Meet Malcolm Hiệp Mulaney,” Mulaney, 39, wrote alongside a photo of the sleeping baby boy snuggled into a warm blanket. “He has his whole life ahead of him. He hasn’t even tried seltzer yet. I’m very in love with him and his whole deal. Happy Holidays.” Munn, 41, shared a similar photo of their son on her Instagram, calling him her “Golded Ox baby” and wishing her followers a happy holiday.

Mulaney, who started dating Munn shortly after ending his six-year marriage to Anna Marie Tendler in May, announced that they were expecting a baby in September during an appearance Late Night with Seth Meyers. It was during that interview that the SNL star made it clear that his relationship with Munn was further along than anyone thought.

“In the spring, I went to Los Angeles and met and started to date a wonderful woman named Olivia,” Mulaney said before revealing that they were “having a baby together.” “I was nervous when I was about to say the news. I’m going to be a dad.” Elsewhere in the interview, Mulaney described their relationship as “really beautiful” and told the host that Munn stuck by his side through the ups and downs of recovery after he went to rehab twice for drug use. “That’s been very incredible,” he said. “She’s kind of held my hand through that hell.”

At the time, a source told People that they were “both extremely excited about the baby” and “couldn’t be happier.” But roughly one month later, reports surfaced that they had been experiencing some relationship woes. “This has been an imperfect relationship from the start,” a source told Us Weekly on Oct. 23. “Even though Olivia’s going to be a wonderful mother and has great support behind her, Olivia’s friends just don’t see these two being a couple in a year’s time.”

Shortly after the rumors surfaced, Entertainment Tonight reported that they were false. And while those close to the couple reportedly told Us that they will “make great parents,” what was unclear is if they would “do that together or apart.” “Olivia and John still have to decide what kind of future they’re going to have together, if any,” the source continued, describing it as a “time of uncertainty” for the pair. “[They] are a long way from deciding and locking in what their relationship is going to be going forward.”

Regardless of what happens between Mulaney and Munn, one thing is exceptionally clear: They are thrilled to be parents to their newborn son. In October, during an interview with ET for the film Violet, Munn revealed what she was most excited for when it came to motherhood. “Justine [Bateman, director of Violet] and I had a long conversation about [motherhood] the other day,” she said. “Honestly, I’m just excited about meeting whoever it is, and bringing a little person into this world.”

More like this
Chrissy Teigen & John Legend Reveal Their New Baby’s Name & Share First Photo
By Stephanie Topacio Long and Jake Viswanath
Kylie Jenner Clarified How To Pronounce Her Son's New Name
By Jake Viswanath
Jennifer Coolidge Recites “Jenny From The Block” Beside J.Lo In Her First TikTok
By Jake Viswanath
Adam Levine & Behati Prinsloo Welcome Their Third Child Together
By Jake Viswanath
Get Even More From Bustle — Sign Up For The Newsletter
From hair trends to relationship advice, our daily newsletter has everything you need to sound like a person who’s on TikTok, even if you aren’t.